“Faithful is the saying, and worthy of all acceptation, that Christ Jesus came into the world to save sinners…” I Timothy 1:15

Some years ago Henry Van Dyke published a book entitled, The Gospel for an Age of Doubt. He followed it with another entitled, The Gospel for a World of Sin. There is a suggestive contrast in these two titles: An Age of Doubt…A World of Sin. Certainly we can be thankful that there is a Gospel for an age of doubt. God has something to say to the skeptical temper of our day. But it is much more important that we have a Gospel for a world of sin. The critical mind must listen to God. Indeed. And how much more the burdened and broken heart?

One of the briefest statements of that Gospel for a world of sin is given us in the above text. As we meditate upon it, let us note, (1) Who he is that came. (2) To what he came. (3) Why he came. 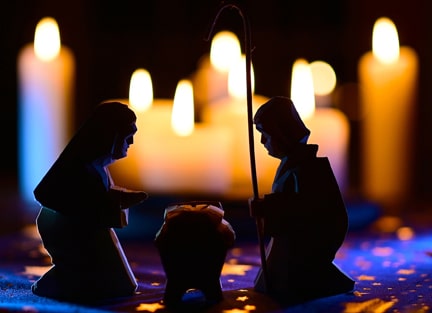 Who is He that Came?

He is Christ Jesus. Our Savior is the Christ, the Messiah, the Anointed. He was anointed with the Holy Spirit to be our Prophet, Priest and King. It was necessary that he enter upon all these offices because the duties of these offices were requisite to our complete salvation. Not one of them could be dispensed with. They were involved in our ignorance, guilt and pollution. Of these three, the priestly office is the foundation of the other two. If Christ were not our Priest, he would not be our Prophet and King. Unless a salvation had been obtained for us, it could not be revealed and applied. All the operations of his grace in delivering us from sin and restoring us to the favor of God rest upon an atonement by which Divine justice was satisfied.

He is the Christ. He is also Jesus. Strictly speaking, Jesus is his only name. It is a Jewish name, and was given by God. Christ is not a proper name but is more a title like Doctor or Professor. Jesus is the name by which he is given to sinners. It ought to vibrate like music in the sinner’s ears. Indeed it does, when the sinner has been awakened to his need of such a Savior. It is the only name under heaven by which we can be saved.

To What Did He Come?

The text says plainly that he came into the world. He was not only born; he came. That means he had been somewhere else before he was seen in this world. You and I are born into the world. He, too, was born, but he also came. He is the everlasting God manifest in the flesh. The incarnation was not simply the birth of a great man but rather the entering into human conditions of the only-begotten Son of God.

He came into the world. What kind of world? A world of happiness, virtue and peace? A world of inhabitants ready to receive him with joy? Did thrones and crowns and scepters await him? To be sure, if such had been the case, it still would have been most condescending for him to come.

But not He came into a rebel world,a world in arms against him. He came into a world that eventually tried by means of the crucifixion to put him out of the way. Even his own would not receive him. He was not surprised at the treatment he was given. He knew it before he came. Yet he came,—to be a man of sorrows and acquainted with grief.

Why Did He Come?

Many there are in our day who would recast the Gospel and make it good advice instead of good news. But then the text of this meditation would have to be rewritten as would many other texts. No, it is good news that we have—the tremendous announcement of a completed salvation in Christ Jesus. He did it all! He does it all! For what he did has continuing efficacy.

He breaks the power of cancelled sin,

He sets the prisoner free.

That is the meaning of Christmas. May its blessed tidings bring joy to us all!