“I am already being poured out like a drink offering. The time has come for my departure. I have fought the good fight, I have finished the race, I have kept the faith. Now there is in store for me the crown of righteousness, which the Lord, the Righteous Judge, will award me on that day; and not only to me, but to all who have longed for His appearing.” 2 Timothy 4:6–8 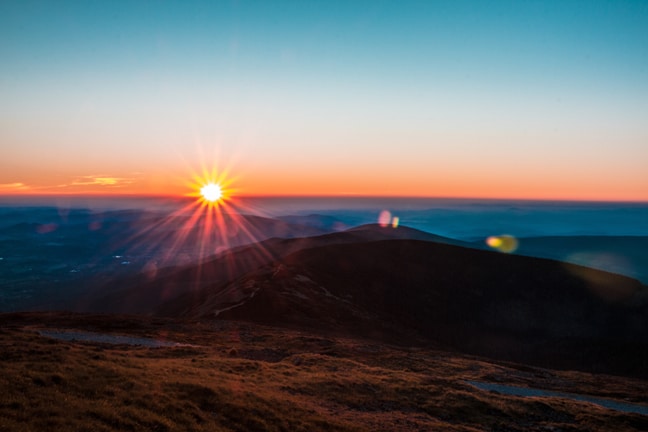 Whenever I am in big airports I am always amazed at the high level of activity! Every day hundreds of planes take off and land, thousands of people come and go, and multiple thousands of suitcases are loaded and unloaded. It is enough to make one’s head spin! No wonder some luggage gets lost!

Thankfully, the activity at airports is organized. I know it is organized because of the banks of monitors that list arrivals and departures. Even if some flights are delayed or cancelled, the monitors indicate that there is a plan that keeps things moving.

Our lives may resemble busy airports. Many of us are involved innumerous activities. All year long our calendars and day-timers and PDA’s are packed with appointments Do you ever wonder where we are headed with all our busyness? Do you ever wonder if there is a master plan that makes life worth living?

In Paul’s words to Timothy it is obvious that the Apostle had a strong sense of direction. Paul knew that the activities of his life and that the approach of death were part of God’s master plan. And Paul was confident that God had a good plan for his life. That is why he could say, “the time of my departure is at hand” with a high level of assurance. Paul knew that if he lived, he lived to the Lord, and that if he died, he died to the Lord. So whether he lived or died, he was the Lord’s (Romans 8:14). Paul knew that his coming and going were in God’s hands and therefore right on schedule!

Paul, however, did not always have such peace of mind. There was a time when Paul was extremely busy, very religious, and intensely troubled.

Before he knew Jesus, Paul was a fine fellow. He had a good reputation. People looked up to Paul. They admired his intelligence. They applauded his hard work. They were impressed by Paul’s accomplishments.

Inwardly, however, Paul was perplexed. He was driven. He believed in God but he did not have peace with God. More and more Paul realized that he was a sinner. He discovered that he could not keep God’s commandments. Paul didn’t tell many lies. He did not steal food from vendors in the marketplace. He did not commit adultery. But Paul found that he had a problem with the 10th commandment, which says, “You must not covet.”

Still Paul pressed on, trying to earn God’s favor. When Paul heard about people who worshipped Jesus of Nazareth, he found a new way to please God. Paul decided to persecute Christians. He decided to do away with people who were foolish enough to think that someone who died a cursed death on a cross was the Messiah!

But one day Jesus confronted Paul. One day the risen and glorified Messiah appeared to Paul with a brilliant light that temporarily blinded Paul’s physical eyes, but which opened the eyes of his heart. In that confrontation, Jesus revealed His glory as the victorious Son of God. Jesus revealed His triumph as the Mediator between God and man. Jesus demonstrated that He was crucified, but that He is the risen King of all the earth!

What a life-changing experience! When he believed on the Lord Jesus Christ, Paul received the grace of God that abounds to the worst of sinners. He experienced a complete and total cleansing from all his sins!

What a difference this made in Paul’s life. Consider Paul’s testimony in Philippians 3, “I want to know Jesus and the power of His resurrection and the fellowship of sharing in His sufferings.” With new purpose and growing confidence, he went on to say, “I press on to take hold of that for which Christ Jesus took hold of me. Forgetting what is behind, and straining toward what is ahead, I press on toward the goal, to win the prize for which God has called me heavenward in Christ Jesus.”

Such confidence is also expressed in 2 Timothy 4. Paul knew that he was no’t going to live forever in this world. He knew that the day of death was approaching. But he saw death as a scheduled departure. He saw death in terms of God’s master plan. Paul knew that the risen Christ was his Savior and Lord, so death held no terror. At the end of life’s race Paul saw, not gloom and doom, but a crown of righteousness that the Risen Savior would award to him and to all who long for His appearing.

Our lives may resemble busy airports. There is so much activity! There are arrivals and departures. But when we study the Bible we learn that there is a master plan. We see our lives in the light of God’s power and providence. And if we believe on the Lord Jesus Christ, we know that a risen Savior waits for us beyond death’s door. We know that the One who bled and died to pay for our sins lives to watch over our comings and goings, our arrivals and departures, both now and forevermore.

Praise be to our risen Savior!