Now that we’ve reached the halfway point in this series of articles, let’s review where we’ve been and where we’re going.

Fueled by a desire to be helpful to our confessional and conservative churches, I’ve been identifying some of our most prevalent weak spots with the hope that we will corporately turn in humble repentance to the God who shows mercy to the weak.

Much of these articles, therefore, has been diagnostic. Until a need is acknowledged, God’s storehouse of resources will remain hidden. We will remain at the status quo, never making progress.

But God wants us to move forward, not stand stagnant in the little comforts of the familiar. Yes, there is much to celebrate and praise God for as we take the baton of our Reformed forefathers into the twenty-first century. My desire is that our churches would be unashamedly Reformed in a day of increasing ecclesiastical confusion, silliness, and decay.

Yet if we think our main responsibility is to protect and preserve, without examining how we as a community have failed and continue to fail, then we are guilty of ignoring the logs that obstruct our vision even as we spend much energy in pointing out the specks in other groups.

This month our deadly sin is what socialists have termed tribalism. A quick Google search defines it this way: the behavior and attitudes that stem from strong loyalty to one’s own tribe or social group. The first form of tribalism alive in our circles is what I’d call ethnic tribalism.

Many reading this article come from a tradition that is steeped in Dutch Reformed history. I myself am one of them. My great-great-grandparents immigrated to West Michigan, and I’m 100 percent Dutch, as are my children. I grew up on ham buns and Dutch peppermints. I don’t have blond hair or blue eyes, but I did grow up in Zeeland, Michigan, a small Dutch community where there is a church on almost every corner. The only question is: Which Reformed variety is it?

I grew up in the Reformed Church in America (RCA). My family then joined a Presbyterian Church (PCA) when I was in high school. What’s a Presbyterian, I thought? I married a girl born and raised in Northwest Iowa with Christian Reformed roots. I currently serve as a pastor of in the United Reformed Churches in North America (URCNA).

I’ve heard old ladies play Dutch bingo hundreds of times. I’ve even played along. I’ve worn (it’s been a while) a short-sleeve dress shirt with a tie and didn’t flinch. And I know what it’s like to have a last name that starts with “S” and be in the first half of the directory.

All that to say: I’m an insider and a grateful son of the Dutch Reformed tradition.

But we are guilty of tribalism.

You ain’t Dutch, you ain’t much might make for a clever bumper sticker one can find at Tulip Time, but it has no place in the church. When our first (and sometimes only) question to visitors is What’s your last name? (i.e., are we related?), we have succumbed to a poisonous and insidious tribalism rooted in cultural pride that Christ came to abolish when He shed His blood.

I have witnessed, first hand, the effect our so-called innocent games of Dutch bingo can play on someone who has no place on the board. It shouts outsider, not fellow traveler. It breeds division, not unity. It creates second-class citizens, not a culture of togetherness.

I have heard church members who are confused, belittled, and isolated because they have felt the sting of tribalism.

I even heard stories of “good church-going folks” who ostracize family members who look different from them, and who seem embarrassed that they don’t fit the cultural mold.

This, perhaps, is not unique to our tradition. But that doesn’t excuse it. Jesus didn’t spill His blood so that our churches could be divided into those who are truly Dutch and those who aren’t.

I’m not suggesting that we need to apologize for our heritage. Or that we should ignore our tradition. The fact of the matter is that many of our churches come from Dutch Reformed backgrounds, just like most Presbyterians have a big percentage of Scots-Irish blood.

But that’s not our identity. Our identity is the Christ of the cross.

This is precisely what the apostle Paul was dealing with in his letter to the Ephesians. Jews and Gentiles in one church. How about that? But it wasn’t enough that they just co-existed. They were one in the gospel. And therefore, they needed to act as one:

But now in Christ Jesus you who once were far off have been brought near by the blood of Christ. For he himself is our peace, who has made us both one and has broken down in his flesh the dividing wall of hostility by abolishing the law of commandments expressed in ordinances, that he might create in himself one new man in place of the two, so making peace, and might reconcile us both to God in one body through the cross, thereby killing the hostility. And he came and preached peace to you who were far off and peace to those who were near. For through him we both have access in one Spirit to the Father. (Eph. 2:13–18)

Most of you reading this were Gentiles. Outsiders. But God, who is rich in mercy, called you into fellowship with His Son. The church is the gathering place of God’s people, the family of God, where people from every tribe, tongue, nation, and people are brought together under the heading of “it is finished.”

The mission and outreach of our churches are stifled when we refuse to let go of our precious ethnic roots for the sake of the gospel.

But there is one other way we fall prey to tribalism, and that is when we act as if our local churches are in competition with others, even like-minded bodies. We might call this ecclesiastical tribalism.

Here in West Michigan, often the first question I get asked when I meet another Christian at a coffee shop is “What denomination are you in?” I’ll often ask the same. Of course, the motivation behind this question might be perfectly legit. We simply want to get an idea of where this person stands in relation to us.

We even do this within our own denominations. Instead of leaning on one another for encouragement and looking to one another as examples, we’re content to be isolated. Part of this, no doubt, stems from prideful snobbery—which often manifests itself in the form of suspicion.

Within the classis I serve, although we are the closest geographically, we are perhaps the furthest apart relationally. Perhaps this is because we don’t think we need each other as other churches in other regions do. But that is precisely the problem: we’re convinced we don’t need each other. 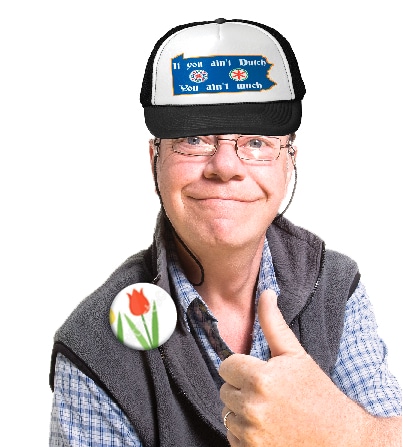 It often leaves me wondering: what would our brothers and sisters from persecuted lands think of our tribalism? I’m sure no one is immune to this, but I can’t help but think we’re particularly prone to this sort of classification.

I can assure you that if you met a Christian while serving in the military or while working overseas somewhere in the Middle East, you’re first question wouldn’t be, “Now is that name Dutch?” My guess is that you’d celebrate what you have in common, not what makes you different. Why? Because you need one another. Because there aren’t many of you around. And because all that ultimately matters is your unity in Christ.

If you’ve ever been an outsider, a visitor to a group unlike your own, and experienced the sort of things our churches are often guilty of, you’ll quickly learn how inconsistent tribalism is to the gospel.

The gospel is the great announcement that Jesus saves sinners through His obedient life, substitutionary death, and bodily resurrection. The message is for anyone who calls upon the name of the Lord in repentance and faith.

Christ came to break these walls down. He died so that we might be reconciled to God and to each other. God’s grace is meant to spill over; it’s not meant to create holy huddles of comfortable traditionalism.

Family reunions are great places to play bingo. But the church is a family that is to have no ethnic boundaries. May we repent of our tribalism and open our doors to anyone and everyone who thirsts. And let us celebrate our unity in Christ, learning to lean instead push, to the glory of God:

I therefore, a prisoner for the Lord, urge you to walk in a manner worthy of the calling to which you have been called, with all humility and gentleness, with patience, bearing with one another in love, eager to maintain the unity of the Spirit in the bond of peace. There is one body and one Spirit—just as you were called to the one hope that belongs to your call—one Lord, one faith, one baptism, one God and Father of all, who is over all and through all and in all. (Eph. 4:1–6)

Rev. Michael J. Schout is the pastor of Grace URC in Alto, MI.  He welcomes your feedback at mikeschout@gmail.com