In this series of articles, I am seeking to call our confessionally Reformed churches to humble self-examination, which is just another way of echoing Paul’s exhortation to “test everything; hold fast what is good” (1 Thess. 5:21).

There is much that is good with our Reformed heritage. We are debtors both to God for His undeserved kindness and the theological richness we have inherited. In a day when many so-called Reformed churches are abandoning this treasure trove in the name of relevancy and pragmatism, we would do well to stand tall on the shoulders of our tradition without apology. What our world and communities need is not less Reformation doxology, theology, and piety—but more. 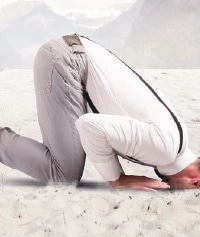 Renowned theologian J. I. Packer distinguishes between two types of conservatism. The first, which he calls “creative conservatism,” is a “heroic resolve to preserve whatever in one’s heritage one sees to be truly valuable: to hold on to it and defend it, come what may, and to call back to it those in the community who are drifting or have drifted from it and may indeed be actively undermining it.”1 As previously noted, it is this type of conservatism that is desperately needed in these ever-changing, increasingly turbulent times.

Yet the second type of conservatism is the subject under examination, which Packer calls “a nostalgic syndrome that buries its head with regard to the future and seeks only to hang on to the past.” Under this view, change is bad no matter what (regardless of the fact that the esteemed tradition was contemporary when introduced). There is a blind allegiance to the way we’ve always done things. Traditions are never challenged. Those who ask questions are suspicious. Even the smell of change is the first move down the slippery slope.

We subtly fall into a kind of traditionalism that our Reformed fathers labored so hard to expose in Rome when we elevate our traditions and practices to the level of Scripture as if they were the Word of God.

It is safer and easier to leave our practices left unchallenged. Who wants to spend time examining why we do what we do? What if we find out we’ve been wrong all these years, or there’s a better way to do it?

Blind conservatism is also a power move. Who can argue with a pastor who tells a newcomer to Reformed Christianity, “That’s just the way we’ve always done it”?

But behind these answers often hide ignorance and pride. It is so much easier to tell an inquisitive person or child “we’ve always done this” than it is to provide biblical and practical reasons. But in the long run it will prove destructive when future generations challenge those sacred cows and no one can provide satisfactory answers.

Examples of this sort of conservatism abound. Ever meet a “King James Version only” Christian? How about a person who insists that his denomination is the only right one (suggesting all others are in serious jeopardy)? Or what about the well-intentioned sister who insists the 1976 blue Psalter Hymnal is the only song book that God accepts?

Conservatism is alive when tradition usurps Scripture. In the words of Packer, “Carnal conservatism can and does emerge as soon as a Christian group comes to value something in its tradition as God’s ideal, and treats its own embrace of that item as integral to its testimony and its faithfulness to the Lord.” In other words, not only do we treasure our precious traditions; we make them the measuring stick of faithfulness. And, by the way, if you don’t follow suit, you’re less faithful than we are.

The Cure of Conservatism

The Bible is clear that God opposes the proud but gives grace to the humble. We’ve got to see that it’s not enough to say “we’re conservative,” or “that’s the way we’ve always done it,” and “if it was good enough for our fathers, it’s good enough for me.” Writes Packer, “Constant, searching assessment of the things we have taken for granted, so far as we are now aware of them, with a willingness to discover that we have been wrong and need to change, is the life-activity with which creative conservatism begins.”

That’s not easy. Especially when there are pride and ignorance. But humility is the only way forward.

One of the great slogans of the Reformation was ecclesia reformata semper reformanda (“the church that has been reformed has always to be reformed”). The Word of God must reform our traditions, not the other way around.

Are we willing to be cured of this subtle yet dangerous disease? Will we do the necessary work of asking hard and honest questions about why we do what we do and can we do it better? Or will we settle for a self-focused conservatism? Will we keep our heads in the sand?

The gospel of Jesus Christ addresses our sinful conservatism by announcing that these corporate sins are covered in the blood of the cross. But grace also propels us into the future, reminding us that Christ, the changeless one, is the power of God unto salvation to everyone who believes.

Rev. Michael J. Schout is the pastor of Grace URC in Alto, MI. He welcomes your feedback at mikeschout@gmail.com