“Everything is getting more complicated by the second,” said a member of the Palm Beach County Canvassing Board. One of the reasons for the complication was the erosion of our understanding of the law. 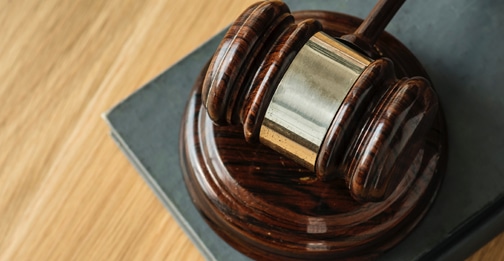 There once was a time when the law was king. Following the supposed “divine right of kings” philosophy that produced disaster in Europe and everywhere else it was practiced, the American Revolution asserted that human rights came from something and someone outside of themselves. Thomas Jefferson spoke of “Nature’s God” as the endower of rights that were inalienable, thus out of the reach of manipulative human hands. Law would have an objective standard to which all citizens must be conformed in order that the general welfare, not individual welfare the objective of ancient dictatorial tyrants—might be advanced.

All of that began changing legally when voices such as Associate Justice Oliver Wendell Holmes stated, “Truth (is) the majority vote of that nation that could lick all others” and “When it comes to the development of a corpus juris (body of law), the ultimate question is what do the dominant forces of the community want and do they want it hard enough to disregard whatever inhibitions may stand in their way?”

Vice President Al Gore said much the same thing when, during the campaign, he asserted that the Constitution is a “living document,” in need of updating by each generation, even within generations. Gore would be comfortable with the late Chief Justice Charles Evans Hughes who said, “The Constitution is what the judges say it is.”

In the uncertainty that surrounded the legal circus in Florida since election night, lawyers have paid tribute to “the law” but have ignored its classic meaning. The law is no longer king.

Lawyers and courts that seem more attuned to public opinion, and the “place in history” of politicians are king. Or, in this case, kingmakers.

Today, the law serves lawyers and politicians. This attitude contributes to the cynicism among the people and it decreases respect for law. How many times have we heard that if one has the right lawyer and the best spinners, he or she can beat any rap? The law can be made a slave in the pursuit of individual objectives. Before Florida, we saw this played out in the O.J. Simpson trial and the impeachment of President Clinton.

With Simpson, the jury ignored the evidence and the law because members favored a different outcome than justice dictated.

In the Clinton matter, Americans were told to ignore the law and focus instead on the meaning of words. Clinton defenders said we must excuse lying because of the category (sex) in which lies were told. The reputations of men of principle who thought the law would prevail Independent Counsel Kenneth Starr was the most visible example were smeared so that the law became secondary to the objectives of individual players. Al Gore and his minions are playing a similar game as they question the integrity of Florida’s Secretary of State who appealed to the law, while they claim she is a partisan Bush lackey.

Tyrannies do not pop up overnight. They are the result of a people who grow fat and lazy in their prosperity (or despair) and cede their individual freedom and power to “leaders” who are all too happy to have it. The Founders never intended the courts to be supreme. Their intention was that the law, rooted in objective and unchanging truth, would be preeminent.

President Clinton and his vice president have spoiled the law but they could not have spoiled it if the people had not acquiesced in its purification.

The legal circus in Florida is an outworking of our inattention to an objective view of the law, rooted in an unchanging absolute. It is President Clinton’s real legacy but he didn’t achieve it alone. We the people are equally to blame for our own pursuit of individual autonomy that has lead to our government casting off its anchor and setting sail on uncharted waters with no map and no compass, simply because it feels good at the moment to do so.