The secular fascination with the year 2000 is a marvel. This date is an utterly arbitrary human invention unless one is a Christian! Only Christians really believe that jesus Christ is the central and pivotal point of human history. Only Christians properly measure time as B.C. (Before Christ) and A.D. (Anno Domini, in the year of our Lord). So it is appropriate that while the world speculates and looks for its own secular Armageddon in Y2K, that we as Christians look especially at the life of the church of jesus in the last 1000 years.

One thousand years is a very long time and not surprisingly some very remarkable developments have taken place in the church. We can at best only survey a few of the highlights of the period. We will first look at the strong continuities that connect the church at the beginning and the end of its second millennium. Then we will examine some of the discontinuities that distinguish the church as it existed in 1000 from the church in 2000. Finally we will ask, “Whom should we name as the Christian of the millennium?” 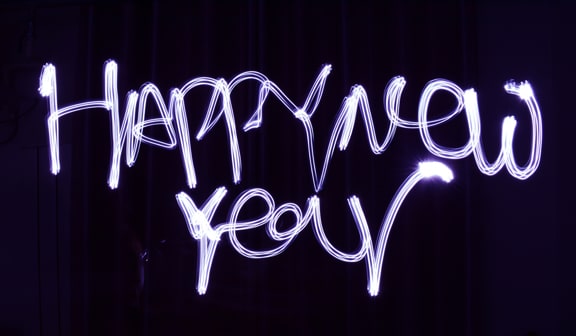 First then let us look at some of the continuities in the experience of the church. Certain basics of theology continue from 1000 to 2000. The orthodox Christian church in the second millennium has consistently confessed that the Bible is the inspired Word of God. We have maintained the understanding of the canon of the New Testament recognized in the ancient church period. We have defended the doctrine of the Trinity as articulated at the Council of Nicea (325) and insisted that God must be understood and worshiped as one God existing eternally as the three persons of Father, Son, and Holy Spirit. We have received the doctrine of Christology taught at the Council of Chalcedon (451) and treasured the Biblical wisdom of seeing Jesus as one person with two complete natures, one human and one divine. These basic theological truths have rightly anchored and guided the church in its ministry for well over a millennium.

The church has faced two foes that were present in 1000 and are still with us. The first is paganism. To be sure the church had formally triumphed over paganism by the beginning of our time period. In the fourth century the Emperor Constantine made Christianity a legal religion and personally favored it while the Emperor Theodosius made Christianity the official religion of the Roman Empire. In 521 the Platonic Academy in Athens—a pagan think tank—was closed by imperial edict. Still pagan superstitions and arid attitudes continued among the common people in the Middle Ages. Modern scholars have argued that in much of Europe in the medieval period, Christianity was a rather thin veneer over the thick block of continuing paganism. In the Enlightenment of the eighteenth century, the modernism of the nineteenth century and the post-modernism of the twentieth century, we see a definite resurgence of paganism. Indeed many religious sociologists tell us that we are now living in a post-Christian era. How prescient Abraham Kuyper was in observing that the great struggle is always between Christianity and paganism.

A second foe, however, is also still with us. Islam, which began its meteoric advance in the seventh century, captured northern Africa and Spain, and threatened Italy and France in the eighth century. While Christian Europe met the threat of Islam from the south (although Islam was not fully pushed out of Spain until 1492), a new threat arose from the east. In 1453 the Turks took Constantinople ending the Byzantine Empire at last. They pushed west defeating the King of Hungary in 1526 at the great battle of Mohacs and threatened Vienna. Vienna was not fully safe until after 1683. Today once again Islam seems enlivened and active. The treasure of oil has enabled it to promote its cause in many parts of the world. It represents a most serious competitor for Christianity.

In the years of the second millennium the church has continued to grow and see its center of population stretched far beyond Europe. Today the church is much larger numerically and very well represented in North and South America and Africa as well as Europe. A significant presence is found also in Asia. Surely the prophetic vision of the knowledge of the Lord reaching to the uttermost islands of the seas has been realized and the missionary enterprise continues to grow.

We can also see clear discontinuities in the experiences of the church in the last thousand years. Technology is one clear dramatic difference. Between 100 and 1000, technology did not advance much in the west. But in the last 600 years or so, vast changes have taken place. The most important single change for the church was surely the invention of printing. Johann Gutenberg (1396–1468) developed movable metal type and printed the first Bible. The impact of this technology has been of incalculable value to the church. It began the process by which Bibles became affordable and available for common people. It has also meant that a knowledge of the Bible and Christian doctrine has spread in a depth unknown generally in the church before.

The other most notable discontinuity in the second millennium of the church is division and disunity. Certainly in the first thousand years the church had faced many serious debates and struggles and seen a variety of schisms. But through it all the church maintained a sense of unity and of its existence as one true, united church. In 1054, however, all that changed. In that year the Pope in Rome and the Patriarch in Constantinople excommunicated and anathematized each other. Since tensions between the two bishoprics were long standing, many at the time assumed that this problem would be shortly solved. But it has not been. Christianity now refers to 1054 as the Great Schism which has so far permanently divided the Roman Catholic Church in the west from the Orthodox Churches of the east.

Several efforts have been made to resolve the problems dividing those two branches of Christianity. In 1439 the Council of Florence thought it had found a formula to reunite the churches, but it was not ultimately successful in 1965 Pope Paid VI and Patriarch Athenagoras met and nullified the anathemas of 1054, but reunion has not resulted.

The Reformation of the sixteenth century has permanently divided the western church. The doctrinal errors and corruptions of the medieval church led to a great reaction in the direction of a more Biblical religion and to a division in which each side called the other a false church.

The Reformation in turn gave birth to a variety of churches identified by differing geographies or theologies. These churches—unwilling to call all others false churches—in time developed a new concept in the west. namely the denomination. The idea of a denomination was unknown among Christians until the modern period. The denomination sees itself as one institutional expression of the true church (and probably the best expression!) but not the only one. Denominational thinking, on one hand, has led Christians to see their unity at a deeper. spiritual leveL but has, on the other hand, tended to blunt proper concern for greater visible unity among Christian churches.

THE MAN OF THE MILLENNIUM

Certainly the Christian churches have experienced great continuities and discontinuities in the past one thousand years. In light of this long and complex history, does it make sense to try to name one man as the man of the millennium? Who might it be? No doubt a number of candidates could be suggested. Roman Catholics might name Thomas Aquinas, a theologian of towering intellect whose system continues to inspire important thinkers even in the twentieth century, Many may point to Martin Luther who in his theological insights and spiritual power was the great pioneer of the Reformation. Others have pointed to Johann Gutenberg for his impact on technology and communication or to Isaac Newton for his reorientation of science from Aristotle to modern paths of progress.

For man of the millennium, I would propose John Calvin. Since I am a Reformed minister writing for a Reformed periodicaL such a suggestion may seem parochiaL but I think it is easily and properly defended. Many scholars beyond Reformed circles recognize the importance and influence of John Calvin.

Calvin’s theological and pastoral importance must surely be listed first. Calvin was the most systematic, Biblical and balanced theologian in the history of the church. His Institutes of the Christian Religion is the best text in theology ever written. Calvin was also in many ways the model commentator on Scripture and an extraordinary preacher. His insights into worship reformed the life of churches in many lands. Calvin was a great teacher to Reformed churches in Switzerland, Germany, France, Hungary, the Netherlands and Great Britain. His influence carried beyond Europe. At the time of the American Revolution, 90% of American Christians followed, to one extent or another the Genevan Reformer. In our century his influence can still be seen in the great missionary work in Korea and Nigeria.

Calvin’s impact on our millennium extends far beyond the strictly theological and churchly. Calvin was the first theologian to argue that the Bible’s prohibition against usury did not mean that Christians could not charge interest on loans. That conclusion was a key moment in the development of western capitalism; and so Calvin’s significance for economics is very great. Similarly in the realm of politics, Calvin’s contention that lesser magistrates could lead resistance to tyranny laid the foundation for the Dutch revolt against Spain, the Wars of Religion in France as well as the English and American revolutions. Those struggles against tyranny were essential to the rise of democracies in the west.

Calvin also affected the spread of education in the modern world by stressing the importance of every Christian being able to read the Bible. This emphasis was certainly not unique to Calvin, but was promoted with zeal by the Reformed churches. Calvin’s understanding of the physical world as an expression of the will of God (rather than of the being of God) created an environment in which modern science could grow, often from universities with a Reformed background.