“For we know Him that hath said, ‘Vengeance belongeth unto Me, I will recompense,’ said the Lord. And again, ‘The Lord shall judge His people.’” Hebrews 10:30

Lord’s Day 4 addresses a number of questions about God. The first question concerns whether or not God is fair. It is a question that is still asked today. Is God fair in the way in which He deals with the human race? Is it fair for God to require us to keep His law now that we have become sinful through the disobedience of our first parents, Adam and Eve? The second question of Lord’s Day 4 asks if God will actually punish sin. Does our sin truly offend God or is He content to just let it go? In its third question, Lord’s Day 4 asks about the mercy of God. “But isn’t God also merciful?” Lord’s Day 4 therefore, addresses both the justice and the mercy of God. It promotes the proper understanding of the balance and relationship between those two things. The justice of God is not a very popular notion these days. In fact, there are many people who identify themselves as “Christians”, but when you talk to them about their beliefs, you find that much of what they believe is the opposite of what is taught in the Bible. It is as though there is this new “flavor” of Christianity which greatly downplays the justice and holiness of God. These people like the idea of the love of God and that God is forgiving and kind and willing to be gracious. But the idea of God’s justice, that Jesus is coming to judge the living and the dead and the fact that God punishes sin, such Biblical truths are not very popular among them. 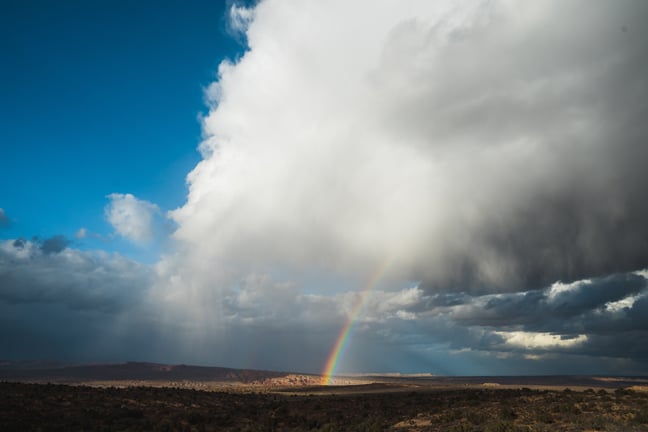 Recently, in the news, I heard a young lady confess: “I know what I did was wrong, but I really don’t have a problem with it because I knew that God would forgive me.” In other words, one of the reasons she was willing to knowingly sin was because she believed that God would forgive her anyway. She was willing to sin intentionally because she believed she could just go ahead and “charge it” to God’s forgiveness account.

This is the strange and unbiblical (but popular) belief that sin really has no consequences. It attempts to nullify God’s holiness and considers His justice to be something insignificant. This strange and unbiblical view of God and Christianity also disregards the Bible’s teaching about hell. Many people today do not believe this loving God would ever condemn people to an eternity in hell.

But God’s children ought to know the true ways of their heavenly Father. In His justice, God has promised that sin must be punished. Yet, in His mercy, He has provided His own Son to pay the penalty of sin in our place.

Lord’s Day 4, as it comes under the heading of “Man’s Misery”, is paying special attention to the justice of God. God does not do man an injustice by requiring in His law what man is unable to do. In His justice, God will not permit man’s disobedience and rebellion to go unpunished.

Lord’s Day 4, therefore, already points us to the absolute necessity of the sacrifice of Jesus Christ on the cross in our place. Because we know the demands of God’s justice are sure and certain, we can also be comforted to know that His provision for our salvation and all the promises of the gospel are equally sure and certain.

Human laws are often subject to change. But God’s law does not change. He will not reverse His holy, righteous and just judgments. Our God is not swayed by popular opinion. Rather, His Word is truth.

Today, in His mercy, the Lord yet calls all people to come to Him and receive the Lord Jesus as their Savior in order that they might be saved from the wrath which is to come. In His great love and mercy, He communicates to us in advance of eternal punishment that the wages of sin is death, but the gift of God is eternal life. He tells us plainly that the wicked and unbelieving will certainly perish in the flames of hell forever.

Lord’s Day 4 communicates to us what the Bible teaches concerning the balance between God’s justice and mercy. By this precious doctrine, we are pointed to Christ. We are comforted by God’s faithfulness and His unchanging Word and promises. And above all, because of these abiding truths, we are all the more enabled by the Spirit of God to embrace our precious Savior both now and throughout eternity.

Rev. Steve De Boer is the pastor of the Eastmanville United Reformed Church in Coopersville, Michigan.