All of us who are mature should take such a view of things. And if on some point you think differently, that too God will make clear to you. Only let us live up to what we have already attained. Philippians 3:15–16

By the time you read this devotional summer will be well under way. In fact, it will soon be coming to an end. Summer is the time when local church ministries seem to take a break from the regular classes and Bible Studies and when major church assemblies meet.

These assemblies supposedly meet for the benefit of the local churches they represent. As I reviewed the synodical agenda of my federation before Synod, I had to ask myself if the items on the agenda were reflective of where most local churches and councils focus the lion’s share of their energies and resources. I wonder if ourchurches in the United Reformed federation, to which I belong, are driven primarily by certain ‘issues’? In other words, was this year’s synod agenda and, by the same token, are the monthly consistory and council agendas in the local churches, maintenance or ministry driven? Can we say that in our churches we seek to build, nurture, and give birth to new churches as our primary objective? 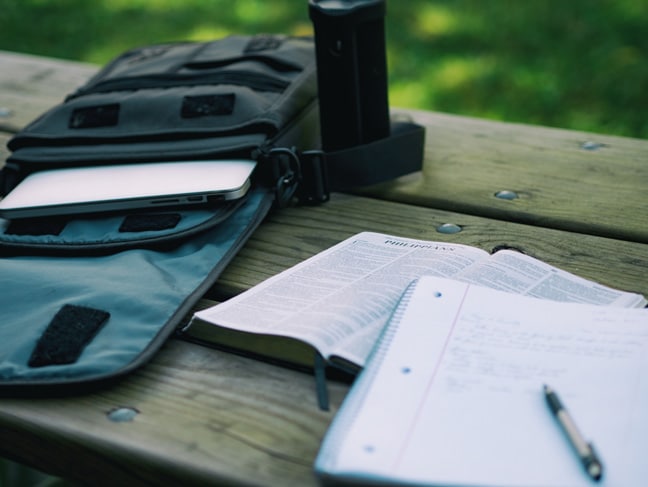 I praise God for the new churches that have been organized and instituted and were welcomed at this summer’s synod in Calgary. But reflecting some more on the synod agenda outline, one can see how we think about church ministry. The ‘reception of new congregations’ falls under ‘Initial Business’. From there we move to the truly weighty: ‘Matters Before Synod’, which include various report and overtures and appeals. I simply observe that the bulk of our time at this synod will again deal with internal ‘issues’ that reflect how introverted we are.

I think there is a danger for us as conservative, reformed people to become issue driven rather than ministry driven. The church that is issue driven is seldom effective in the ministry to which it is called under the headship of Christ. Issues may have their own validity, but they must not be made into ‘a hill to die on’ unless the confessional integrity of our church(es) is indeed at stake.

Some of the ‘issues’ that drive churches’ ‘agendas’ today range from debating and arguing over home-schooling, admission to the Lord’s Supper, exclusive psalm singing, Bible translation, women covering their heads, pictures of Christ, views of creation, and musical style in worship.

Some hold very strong opinions that they believe all the rest should conform to without exception. People take position and party formation rears its ugly head.

In Paul’s letter to the Church at Philippi, the apostle gives a piece of solid advice, which we ignore to our peril in the church today.

All of us who are mature should take such a view of things. And if on some point you think differently, that too God will make clear to you. Only let us live up to what we have already attained.

When we read Paul’s letters, we come to know a man who is always on the go. Until the very end of his life Paul was driven by a passion for the church’s day-to-day ministry. Clearly, Paul is ministry rather than maintenance oriented. For this reason, Paul seriously warns against those who bring about divisions by quarreling and arguments (See: I Corinthians 1:10; Philippians 2:14; II Timothy 2:14; Titus 3:9–11).

Inevitably, in every church there will be issues that spring up from time to time. In one church the issue may be doctrinal in nature when in another church the issue is truly a matter of Christian liberty. But notice how Paul argues from a common starting point from which we ought to be viewing differences of opinion that arise among us. Paul states in Philippians 3:15–16: “All of us who are mature should take such a view of things…” (NIV). Paul assumes that all who receive his letter are in principle ‘mature’. This common basis allowed for differences of understanding concerning certain matters without saying that all opinions were equally true and valid. They, like Paul, have each been called (see Romans 8:28) to eternal salvation ( v.14) and this past event has placed them together in the same ‘mature’ category. Therefore, the believers in the church in Philippi have something in common, which Paul describes in verse 16 as “what we have already attained.”

Therefore, Paul does not mean that each member in the church is fully sanctified. Paul knows that he himself has not attained that ‘maturity’ himself either (3:12). Rather, the maturity, which all believers share, calls them to close ranks (Philippians 3:16) and to be looking ahead, striving toward their eternal reward (3:13–14).

When the church maintains that forward outlook, it will also know what to do about the differences of understanding that will be found among them. “And if on some point you think differently, that too God will make clear to you” (3:15).

Paul’s word of warning reduces the importance of all the issues that drive us to their real proportions! To heed Paul’s counsel will halt a deepening crisis growing inside our reformed churches worldwide.

Let us in the meantime learn also from this passage, that we must bear for a time with ignorance in our weak brethren, and forgive them, if it is not given them immediately to be altogether of one mind with us. Paul felt assured as to his doctrine, and yet he allows those who could not as yet receive it time to make progress.

What counts, says the Reformer, is that all involved manifest a willingness to be taught (docilitas) by Scripture. Let us all be students of Scripture with the mindset Paul prescribes and trust that the Lord, who has guided His church through the ages, will also make clear the things on which we think differently.

The Reformed answer to the church’s present day crisis is old medicine. The church needs Reformation and Revival. One can not take place without the other.

When we follow Paul’s exhortation we immediately begin to enjoy the rich benefits it brings. Our focus changes away from self to serving the church and the world to the glory of God alone.

May Paul’s “only let us live up to what we have already attained” (3:16) be the driving impetus to sacrifice our energies and resources for the sake of the growth of Christ’s church in this world. And in doing so may we all the more eagerly, along with the apostle, “press onward toward the goal to win the prize for which God has called [us] heavenward in Christ Jesus” (3:14).

Rev. Fritz Harms is the pastor of the United Reformed Church of Champlain Valley in New Haven, Vermont.