I have a friend who is a fountain of wise sayings, many of which are inspired by the wisdom of Scripture. When dealing with a person or a marriage or some other circumstance which is a “work in progress,” for example, he’ll often say “don’t count the score at half time!” His point: wait until God is finished working His grace before you give up and proclaim a failure.

One of my favorite sayings of his is: “You can fall off a bridge on either side!” This one has particular pastoral implications, all of which sound the same alarm: “Avoid extremes on either side.”

Now, any saying can be abused, forced to say something unrighteous. I’m reminded of the poll recently that reports that Americans are profoundly frightened of anything “fundamentalist,” including both fundamentalist Moslems (i.e. terrorists) and fundamentalist Christians. The answer is not, of course, to become a middle-of-the-road Christian, who willingly embraces liberal theology. That’s not what is meant by “you can fall off a bridge on either side.”

But any study of history reveals a pendulum effect. That is, people and movements tend to move to extremes, and then to retreat, often to the opposite extreme. That can be true politically, where one generation is so rigidly conservative that compassion is lost. The next generation embraces liberalism that is so unprincipled that order is lost. It can also be true in the church. Recently, I’ve observed a couple of good examples. 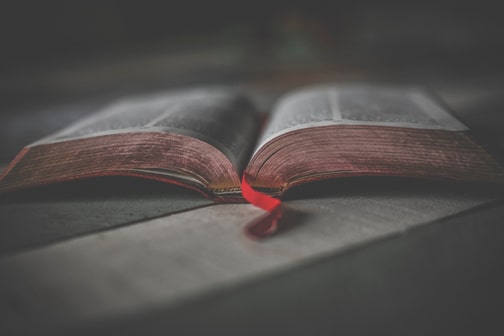 The first has to do with “church growth.” Anyone familiar with the North American church scene over the last quarter century is familiar with the term. A few men of God looked around some 30 or 40 years ago, and didn’t like what they saw. The church in the USA was either dead in its orthodoxy, or liberal in its theology, bent on social action, but unconcerned with the plight of lost souls. In reaction, an evangelistic emphasis developed which soon became a comprehensive theology, complete with large tomes and a “school” of thought called The Church Growth Movement. And the movement has dominated much of American Evangelicalism ever since. Scarcely can you go to an evangelical church without hearing the mantra, “a church that isn’t growing is dying!”

Trouble is, not that much Biblical thinking goes into defining “growth” these days. The assumption that growth always and only means numerical growth goes largely unchallenged. Result? Churches today all around the country focus on what will bring in the numbers. Balloons and clowns in the parking lot? Sure, why not! Dumb down the preaching to avoid giving offense? Sadly necessary. Build the entire service, in fact, around the so-called “seeker”? What a grand idea!

But notice how different that is from a balanced Biblical view. Clowns and balloons? No way. But a warm-hearted congregation that actively and seriously seeks the salvation of the lost, where each member is challenged to invite friends and relatives who don’t know Christ to a Bible study or to worship? That’s Scripturally commanded! Dumb down the preaching? God forbid! But avoid jargonistic language and speak clearly in the language of the people so that they can hear the preaching? Absolutely! Build the entire service to satisfy the taste of the seeker? Nope. But be sensitive to the presence of guests, praying that they will come, warmly welcoming them, explaining to them in the worship service why you do what you do and sing what you sing? Simple graciousness and love demands no less!

A recent book by Jim Cymbala called Fresh Wind, Fresh Fire, (Zondervan, 1997) caught my attention last week. Loaned me by a friend (trying to tell me something?), I couldn’t put it down. Cymbala is the pastor of the Brooklyn Tabernacle, a church of some 6,000 members in New York. Narrating his own gripping pastoral life’s story, Cymbala reflects sad frustration with the superficiality of much of modern “church growth” Christianity that is more concerned with numbers than with spiritual health.

At the same time, he won’t tolerate any liberal trifling with the text of Scripture or with any weakening of the message to satisfy the itching ears of a modern audience. Finally, he despises the dry, numb, Spirit-resisting stuff of traditionalism, especially worship traditionalism, despite the abundant evidence that many of the people of God are shriveling up spiritually. He realizes, to expand my friend’s wisdom saying, that you can fall off a bridge on anyone of three or more sides!

Instead, Cymbala pleads for prayer as the principled practice which must rekindle the contemporary church. By prayer, of course, he doesn’t mean merely rote sayings recited before God, or formal structural elements in a canned liturgy. He means the Spirit-empowered passionate heart for the Lord that results in His people crying out to Him in repentance, seeking Him in worship, laying before Him the burdens of their lives and of their world in intercession, delighting in Him in fellowship and community, and celebrating the Holy Spirit’s answers to those prayers in testimonials to His grace and mercy. In short, prayer functions for Cymbala as a synonym for spiritual vitality, for spiritual intimacy with God, as a sign of true faith.

Cymbala’s book won’t make all of the readers of this column happy. He sounds outright charismatic at times, and certainly challenges some Reformed traditions, if not theological and liturgical assertions. But when he does so, he does so with a careful appeal to the text of Scripture, and with genuine respect for that text. We can learn much from him, and avoid falling off the two sides of a bridge that lures many Reformed churches these days: on the one side, a head-long rush into whatever is contemporary; on the other, a stubborn clinging to traditionalism that stifles all spiritual vitality.

Or, as another friend recently observed about many Reformed churches whom he believes completely ignore the powerful working of the Holy Spirit: “they’re 5-point Calvinists and 2-point Trinitarians.” Let’s not fall off that bridge!

Dr. Sittema is pastor of Bethel CRC in Dallas, TX.