Remember that old Sunday School song that many of us sang so earnestly as children? Unfortunately, today’s kids are taught the same song, but for many the meaning of the words are meaningless as increasing numbers of children are exposed to violence, crime, profanity, and sexually explicit themes on television on a daily basis.

The real tragedy surrounding their loss of innocence is that most of America’s youngsters view this type of behavior while sitting comfortably in their own living room or bedroom. Random acts of violence have become mainstream viewing for many impressionable children. In fact, studies conducted by Dr. George Gerbner at University of Pennsylvania have shown that children’s TV shows contain about 20 violent acts each hour. He also found that kids who watch a lot of TV are more likely to see the world as a mean and dangerous place—increasing their stress and anxiety levels.

In fact, their perceptions of a dangerous and harmful society just may be corning true. Headlines increasingly include horrific tales of youth and teen violence -with many of the incidents imitating popular movies and television programs.

The American Family Association reported (February 1996) numerous examples of real-life violence imitating entertainment. For example, in December 1993, a judge in Liverpool England said the American movie Childs’ Play 3 influenced two 11-year-old boys to murder a two-year-old. In August, 1993, a five-year-old Ohio boy who began playing with matches after watching an episode of the MTV cartoon Beavis and Butthead set his mobile home ablaze—killing his younger sister. The Oliver Stone movie Natural Born Killers—which glamorizes violence and teen crime—has been blamed for at least ten acts of murder by teens. 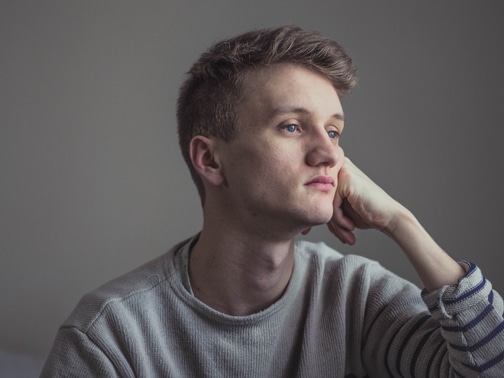 Many Hollywood writers and liberal journalists continue to down play the dramatic link between television violence and the decay of the American culture. But research which correlates TV violence and aggressive behavior in children can no longer be denied.

After years of research in this area, the American Psychological Association reported that children may become less sensitive to the pain and suffering of others after viewing violent programming. Our saturation of crime and violence on television has also lead children to become more fearful of the world around them and more likely to behave in aggressive or harmful ways toward others.

Studies also support the view that television violence has long-range negative effects in children. Dr. Leonard Eron, a researcher at the University of Illinois, found that elementary school children who were exposed to many hours of TV violence showed a higher level of aggressive behavior as teenagers. It is estimated that the American child will see 8000 murders before finishing elementary school. By observing these children until they reached 30 years of age, Dr. Eron found that kids watching a lot of violence on television, beginning at age eight, were more likely to be prosecuted for criminal acts as adults.

DOES ANYONE CARE ABOUT OUR KIDS?

In a recent USA Today Weekend survey, Americans laid it on the line and said that they are very concerned about sex violence and profanity on television, in movies and music lyrics.

In the USA Today Weekend survey, 97% of the 65,000 respondents said they were very or somewhat concerned with the level of violence on television. And 68% agreed that reducing the amount of sex and violence in movies and on TV would significantly improve our moral climate.

Unfortunately, a society of concerned citizens working toward more wholesome and educational programming for America’s kids has been largely ignored by television executives and video game manufacturers.

CAN WE STOP THE VIOLENCE?

As parents, we should become angry at television violence and take action to stop its destruction. You can begin by refusing to purchase offensive videos and video games. You can also completely ban damaging television shows from your home.

Limit the number of hours your children watch television and encourage them to spend their time on homework, sports, hobbies and with friends. Don’t be afraid to write to sponsors, producers and carriers of offensive programming to voice your concerns!

Many of today’s busy parents are using television as a baby sitter. As a result of our hectic lifestyles, we are raising a generation of lonely kids who find themselves in empty homes with no interaction outside the television, videos and video games.

Evaluate how you spend your time. Don’t let a career, outside interests or hobbies take the place of the all-important task of raising healthy and well-adjusted children. Live out before them a life well-lived—characterized by love, stability and structure (Deuteronomy 6; Ephesians 6:13).

Spend time with your kids. Give them alternatives to watching television and learn what interests them. Critically evaluate the programs which you do allow them to watch. Think through the how, when, why and what is being watched on your TV.

Reprinted from The Family Today.