Labor Day, 1959, finds two titans standing over against each other in conflict—the colossus of a sometimes greedy management and the giant of an irresponsible labor. The power of the one against the other today threatens to paralyze the economy of our land. Not only do we find these power giants in the field of economics, but also in politics, some professions, and in society generally.

Would it be improper to assert that power is the idol of our day? Power with a capital P seems to be the shrine at which many worship. Power is to them the guarantee of security, the strength for the present, and the hope for the future. It is the temple set in the middle of our land where multitudes come to pay homage.

There was once a society of power. It was born of disobedience and fear, it lived in apostasy, and it was destroyed in judgment. It was a society with a false unity. It was the product of man’s sin. It was the world’s idol.

The eleventh chapter of the book of Genesis describes for us the history of this event. It is a record given for our instruction in righteousness. The sons of men went forth and journeyed to the east until they came to the plain of Shinar and there they dwelt. The plain of Shinar offered little protection for them and they were filled with fear—the fear of being scattered and the consequent loss of their strength. Fear arose within them because they went without God;.

God had commanded them to go forth to subdue the earth. Had they gone in obedience to the command of God and in the name of God they would have had nothing to fear for though scattered to the ends of the earth they would still have been one in the unity of faith and obedience. But the unity of faith was gone and the way of obedience was dismissed. When the sons of men entered into the plain of Shinar without God, each One felt himself alone and insecure. Little else could be expected. The Psalmist, by grace, understood this when he said, “My flesh and my heart faileth, but God is the strength of my heart and my portion forever.” “Jehovah is the strength of my life; of whom shall I be afraid.”

Fear is the product of disobedience and disobedience begets a multitude of children in her own likeness. The sons of disobedience, driven by fear, said: “Come, let us build us a city and tower whose top may reach unto heaven, and let us make us a name; lest we be scattered upon the face of the whole earth.” Let us make a city and a tower so great and so powerful that it will command the respect and recognition of all the people. Let us form a society of power. This will assure a unified society for us and for our children, put stability and security in our lives, and banish our fear. This was their religion; it was the worship of the Society of Power which demanded a blind faith and an unquestioning obedience. This is still the idol of many today.

The idol of power was established and the society by which and for which it was formed rendered its service. A unity was established among the sons of men which was based upon power, existed for the sake of power, and found its purpose in the increase of power.

This is the idol of our day and its influence is so great that sometimes the spiritual unity of the household of faith is submerged into the will of the society of power with the result that the brethren in one spiritual household injure o n e another for the sake of the power idols of the day. Are these our idols? Is this the source of our security and stability? Can it be that our expectation is from the organizations of power in management, labor, some professions, and government? Can we then say with the poet: “My soul, wait thou in silence for God only; for my expectation is from him”?

The men who live apart from God are bound to make gods for themselves that their insecurity and anxiety may be removed. “But ye have not so learned Christ.”

What kind of a god do men worship in our land? The cry seems to be, Increase in strength; the stronger you are, the greater your god will be. But this is not true. Power, so exercised, contains within it the seeds of destruction. This power corrupts the people and brings divine judgment.

“And Jehovah came down to see the city and the tower.” God was not impressed or pleased with what he saw on the plain of Shinar and in the hearts of the people. God has something to say about it all. “Is this the kind of unity you would establish? Is this the society of the future? Would you find your security and confidence here? But this is a false society, this is a false unity, this is idolatry.” And God destroyed their tower of strength. Its foundation was a false conception of unity. “Their idols arc silver and gold, the work of men’s hands. They have mouths but they speak not; eyes have they, but they see not … they that make them shall be like unto them; yea, everyone that trusteth in them. O Israel, trust thou in Jehovah; He is their help and their shield.” 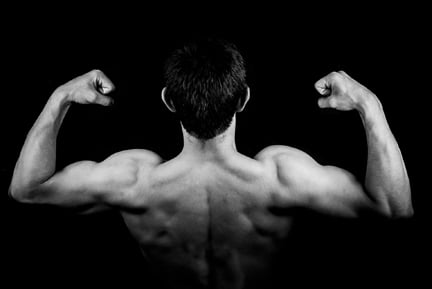 God destroyed Babel’s unity. The society of power was destroyed and a new society, the communion of faith, was called into being. “So Jehovah scattered them abroad…Now Jehovah said unto Abram, Get thee out of thy country… and I will bless thee.” And Abram did so.

In the obedience of faith Abram found release from fear, though he was much alone in the earth. In his obedience and trust he walked with God and Cod was with him. The society of the household of faith stands in the midst of the world in the strength of God in faith and obedience and trust. It is the only society with a future because it is the society of the Kingdom of our Lord Jesus Christ, and of His Kingdom there shall be no end.

And what shall be our sentiment and resolve on this Lnbor Day, 1959? Let us answer in the familiar words:

The dearest idol I have known, Whatever that idol be, Help me to tear it from thy throne And worship only thee.

So shall my walk be close with God, Calm and serene my frame. So purer light shall mark the road Which leads me to the lamb.