“…and he put all things in subjection under his feet, and gave him to be head over all things to the church, which is his body, the fullness of him that filleth all in all.” Ephesians 1:22, 23

The words quoted above stand at the close of a prayer that begins at verse 17. Paul’s prayers are rich in aspiration, powerful in their pleas, and exhaustive in the range of blessings they implore. Note also the prayer in 3:14–19.

The apostle intercedes in behalf of the Church which, according to his teaching, is the fulness of the mighty head, Jesus Christ. Head and body are organically one. A unity of life flows from the head into the body. Christ himself is the spiritual life of his body, his people. Never does any member of that body have spiritual life apart from Christ. That life is holy, eternal, and incorruptible. As is Christ, so must be his body.

All things have been put in subjec­tion under his feet. This is the ful­fillment of ancient prophecies. In this connection read Psalms 2 and 110. Christ’s headship embraces all orders and ranks of angels and men. It is a universal headship. Note the marginal reading of Colossians 1:18: “that among all he might have the preem­inence.” The manifold, providential operations of almighty God in this amazing universe are to be inter­preted in the light of Christ’s head­ ship and mediatorial government. In him all things “sum up” (1:10).

His headship is the reward of his humiliation. The almost incredible depth of that humiliation is best seen in contrast with the glory to which he is now exalted. He received “the name which is above every name” after he emptied himself, took the form of a servant, humbled himself, and became obedient unto the death of the cross (cf. Philippians 2:7, 8).

His headship is a personal reward. But more than that, this reward draws with it the exaltation and glory of the members of his body. Celsus, the sec­ond-century sceptic, flung the vitriol of his sarcasm at the followers of the Nazarene: “Look at them,” he cried, “poor, pathetic conglomeration of slaves and illiterates, the offscourings of the world!” What Celsus did not know and could not see was that these nonentities were elevated and dignified in Christ. Blessed the man that has that distinction! The real person, after all, is the redeemed per­ son! But the world doesn’t know that. “The world knoweth us not” (I John 3:1).

Christ is head of and head over—the head of the Church and the head over all things to the Church which is his body, the fullness of him that filleth all in all. The Church is his body and the world is his domin­ion. The history of the Church in the world will one day appear to have been also the shaping of world events for the sake of the Church. That is one reason why Christians should teach our children their history les­sons. An unbelieving teacher may know a lot about world history, but it takes a Christian to see the real meaning of history. The power that has the last word in this world of ours is not centered in Washington, London, or Moscow. It is centered on God’s holy hill of Zion. The king­ ship of Christ is the basis of our opti­mism that righteousness will one day prevail. He that sitteth in the heav­ens will have the last laughI “There­ fore be wise, O ye kings: Be instructed, ye judges of the earth. Serve Jehovah with fear, and rejoice with trembling” (Psalm 2:10, 11).

Christ rules his Church by his Spirit and his Word. He can speak to any­ thing in the universe for the welfare of his Church. All things must work together for the good of his body. He is the living Lord over all. He is the living Head of his people. The Church is not a widow. She is the bride of Christ who is alive forevermore!

The Church’s highest distinction is that she may exhibit the manifold riches and perfections of her head. In that sense she fills Christ because he fills her.

Justice and truth his courts maintain

With love and power divine.

Glorious Christ, head of the Church, cause us by thy Spirit to be heartily willing to serve thee, to receive thy truth in meekness and in love, and to witness to thy redemptive mercy. Amen. 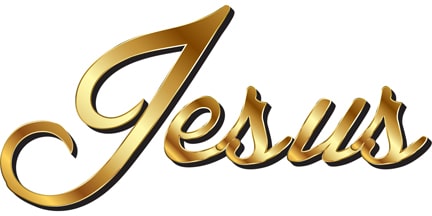