I began casually reading the Scientific American and ended up, somewhat more excited, searching through the early chapters of the book of Genesis. The article that drew my attention was written by Professor Norman L. Munn on “The Evolution of Mind,” in the current June issue of the magazine. An important statement appeared in this article. It was made in answer to that famous quotation from Shakespeare, “What’s in a name? A rose by any other name would smell as sweet.” The reply, “Perhaps, but the naming of things is the great difference that separates the human mind from the animal minds.” After reading this arresting statement I could not continue without pausing to consider the passage from Genesis familiar to all of us from our youthful days: “And out of the ground Jehovah God formed every beast of the field, and every bird of the heavens; and brought them unto the man to see what he would call them: and whatsoever the man called every living creature, that was the name thereof” (Genesis 2:19). 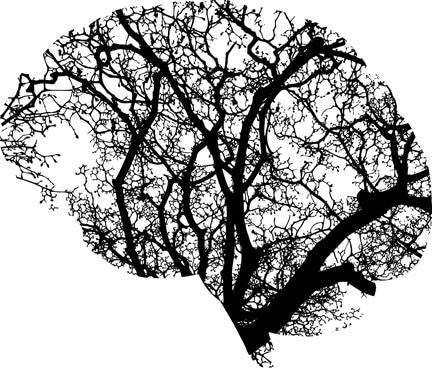 The statement of Professor Munn is clear and unequivocal and has meaning that to a large extent is independent of the immediate context. That is, lifting the statement out of the article and putting it to a use other than that considered by the author, does not rob it of its “factness.” The author has observed a fact and has so stated it. Before studying the quotation from Genesis, it would be proper to see what evidence is presented to support the conclusion which this statement expresses. The evidence is taken from the data of experimental psychology in the area of animal life. Professor Munn is chairman of the psychology department of Bowdoin College and is no doubt well at home in the field from which the data are taken.

Data taken from maze experiments arc presented to prove that animals have a certain amount of intelligence. They actually can “put two and two together and observe what leads to what.” This intelligence in animals is not present to the same extent in all species; in some it is almost absent. Experiments with animals in which diligent efforts were made to teach them some words and word-object verbalizations gave no indications whatever that animals use words as instruments of thought. The author says, “A chimpanzee, intelligent as it is, simply cannot master language. It can be taught a few words, but each word takes months and five words seems to be about its limit. Moreover, it never gets to use words as we use them. It speaks a word only to get what it wants and only on command; it voices words only to its teacher, never to other people or to another chimpanzee; it never puts two words together.”

A book, The Ape in Our House, has been written about the ape Viki which was reared exactly as a child in the home of a man and his wife at the Yerkes Laboratories of Primate Biology. It is said about Viki: “But she never used any of her five words for social purposes or for egocentric expression…She gave no evidence of insight into the meaning of language.” In this connection it is very interesting to read thus: “This has always been a great mystery; Why do the…apes, though capable of mental symbolization, fail to cross the bridge to speech? They have sufficient vocal equipment; can make a wide range of sounds—but words, one might say, fail them.” Another quote from Professor Munn is also pertinent here: “How different it is when children learn language. The sudden insight which is part of the process…” This insight is beyond the reach of any animal. “Even the most intelligent…animal reacts only to sounds, not to the meaning of words.”

So much for the experimental evidence; now some thoughts on the meaning of Genesis 2:19 and some other passages. What we read here happened a long time ago reckoned as direct historical time; it happened at the dawn of history and close to the awe-inspiring events of cosmological beginnings. Adam is still alone and has never talked with any other human creature. He has talked only with God and possibly with the angels. Adam is now asked by God to do something very remarkable: he is asked to give names to the animals and birds. God had done the work of bringing into being an undisclosed number of creatures, each with his own indelible imprint of structure and characteristic. Adam, richly endowed and instructed by the God of life and truth, is now given the task of ushering the great medium of communication, language (words and names) upon the scene of history. Adam must give names to the animals—not trivial names, not just any combination of letters, but names that were in harmony with the basic characteristics of the animal, and therefore in harmony with God’s wishes. Because Adam knew words and the meaning of words, in a fundamental although pre-scientific sense, he could give meaningful names. Without meanings the names he gave would have been utterly pointless and God’s approval would have had no genuine content.

As we see it, God here reveals rather the great barrier between man and animal. It would appear to be a dimensionless barrier that no one can fathom and that no process of discovery or development can cross. Man had the tremendous gift of language; he was given that most wonderful science and art, known as communication and language; it flowed from that image in man which is of God, and was in response to God’s prior communication to him. Adam named the parents of the animal species we have today (stripped of secondary variations); he named the parents, for example, of all primates. They had to be named by Adam, for the gift of language was not theirs. The primates could not speak (use language) then; they cannot speak today, as we have seen. Genesis says to me: They will not talk or use language tomorrow. Only one animal, a serpent, did use language—and very powerfully. How strange that it should have usurped man’s prerogative and so tragically misled him with his own gift. The serpent defeated man in the realm where he was king; where he had no peer. How terrible the power of Satan that he could make so powerful a charlatan of a serpent, an animal over which man had been given dominion.

The fall of man away from God into the depths of sin happened once and will not happen again, as we understand from God’s Word. But that does not mean that men will not allow themselves to be badly deceived again. Certainly the people of the earth in the time of Noah were terribly wrong about God and so displeased him that they, except for one family, were wiped off the face of the earth. There have been other great deceptions and serious mistakes. Sometimes I wonder if today’s big blunder is occasioned by another animal. The serpent deceived man through the medium of language; possibly the ape is being used today to mislead and confuse him. The ape hasn’t said a word and he doesn’t have to because some men are saying it for him. Many well informed human beings are propagating the idea that we really are animals and that the ape is our distant ancestor. If not this, we both at least have a common animal ancestor!

God put a tree of knowledge, as it were, in the garden of biology, and asked us to leave its fruitage untouched. There was plenty of work in the garden. It was a great garden of infinite variety and beauty, but man couldn’t keep from stepping over the line to reach for the fruit of that tree of biological origins. Man had some of the attributes of God and so in the garden of Eden he wanted to be as God. He forgot about the tremendous gulf between man and God in the essence of their beings. The animals show a similarity to man in physical and anatomical properties but that docs not mean that the animal should be as man. There is a great gulf, physical and spiritual, between animal and man that God himself has established.

Referring again to man’s innate, God-given capacity for using words and names, we observe that Adam gives his feminine complement the name of “woman.” In this instance the name signified derivation and human continuity (“because she was taken out of Man” Gen. 2:23b). So far Adam has given names by means of a gift or talent that still resided in the state of perfection. However, he also gives a name after his fall into sin. Man has not lost the capacity for language as a result of the Fall, for Adam gives the woman the name of Eve, “because she was the mother of all living” (Genesis 3:20). [See John Vriend’s interesting exposition of this passage in Torch and Trumpet, December, 1952–January 1953].

Eve also has the gift of language and is given an important opportunity to use it. We read in Genesis 4:25, “and she bare a son, and called his name Seth.” Here Eve names the first natural-born progenitor of the Christ. What a significant act she was given to perform. She bore the son of promise and called him ‘substitute’, for he replaced another son; he came to replace another. He was the son of promise and the first natural-born in the lineage that was to culminate in him who was to be The Substitute.

Through the medium of language we have the Bible, the infallible Word of God. God’s Word is given through the exercise of man’s highest talent, namely that of language. Through language the teachings (doctrines) of the Bible are known to us. Our faith is fed through the avenue of words and names, for without the knowledge of God from his Word there could be no faith.

How incredibly great is the God who has fashioned man as a speaking creature. How privileged is man that he alone of God’s creatures on this earth has at his command the power of language and verbal communication. Language, words, and names are the carriers of meaning, of truth—of propaganda, and of lies. They are the forces that mold the destinies of men, that set the molds of culture and of nations. Through the means of language the people of the plains of Shinar were scattered over the face of the earth (Genesis 11:7). Through language the Holy Spirit unified the Christians from all the nations of the Mediterranean world (Acts 2:6).

The power of language is something that reflects divinity; it flows from the image in man that is of God. Through the WORD “all things were made; and without him was not anything made that was made” (John 1:3). Through the Word we know that there is a name so marvelous that it is the means of our salvation. “For there is none other name under heaven given among men, whereby we must be saved” (Acts 4:21b).