Reformed Theology has reached a midlife crisis. In the past decades of existence warped conceptions of assurance, covenant theology, and the sacraments, took center stage. One such theological system that in part caused this debate is a school of thought known as Auburn theology, or more popularly, the Federal Vision. Auburn theologians wanted to objectify Christian assurance. For the most part evangelicalism of the twentieth century succumbed to the relativism and subjectivism of post modernity. Federal visionists found their remedy in the sacrament of baptism and the covenant of grace. Their general proposition is that baptism is the mark of the covenant, thus baptism is also the objective mark of salvation. By proclaiming this message the Auburn school placed assurance where it should not be. The misunderstandings of Auburn theology are all intricately connected together in a web with a skewed view of the covenants at her center.

Auburn theology skewed the traditional understanding ofcovenant theology. , Reformed tradition taught that covenant theology is a theological system in which one understands how the covenants old covenant of grace that had differing administrations with each covenant. The theme and message were essentially the same, “I will be your God and you will be my people,” except for the Adamic Covenant.1

Auburn theologians did not see this. On the contrary they saw only one massive covenant of grace running though both testaments, including the Adamic administration. Mono covenantal ism failed to recognize the differences between the covenants. But the covenants are not all the same, to suggest otherwise leads to a bushel of problems. One such problem of the Federal Vision is the replacement ofthe imputation of the obedience of Christ with our own personal obedience since the covenant of works is rejected.2 Auburn theologians drastically confuse this.

Auburn theologians leaned towards abandoning the imputation of Christ. By their assumption of the pre-fall era as a covenant of grace, not a covenant of works, they suggested that Adam was premature when he ate the fruit. This idea is unbiblical. Auburn gained proof from their own parable, concluding that, “character merit is far more than a summation of individual merits. It is not actually merit at all, but character development…It is a deepening of the consciousness and a development of wider awareness.”3 Jordan went on to say that the notion ofChrist’s merit is foreign to the Old Testament and the New.4 Yet, Saint Paul says something rather different,

Paul offers the truth that Adam sinned, which brought judgment and condemnation, not maturity. Paul also teaches that Jesus Christ brought justification, which an abundance of grace and the free gift of righteousness of life both proceed from Him. Naturally, one asks how one receives such a gift. Jordan pointed out that Adam ate the fruit before he was ready, before God allowed him to do so. Adam’s sin was not the fact that he was immature; it was his lack of trust in God and questioning his authority, which led to a direct violation of God’s command. Any claim otherwise is a serious misunderstanding of the Adamic administration, or the covenant of works.

The federal vision confused the doctrine of paedobaptism, in the teaching that baptism was the objective mark of the covenant. Plus Auburn went further and taught that those who are baptized are the elect. Rich Lusk departed from traditional reformed theology and accepted a Roman idea when he said, “For Kuyper [classic reformed thought], some children receive the outward sign of baptism, while others received the outward sign and the inner reality. But to split the sacrament in two this way is deeply problematic both philosophically and biblically.6” As classic Roman Catholic theology proclaimed, all who are outside the church are outside the covenant and the means of grace. Lusk suggested that those who are baptized receive an inward and outward washing of their sins. But in the Old Testament the idea that one is circumcised outwardly and internally by the act of circumcision, is not there.

Federal Vision’s trademark card is the assurance one gains from the efficacy of baptism. Their stance and understanding of the effects of baptism is upon the administration of the sacrament one enters into the single covenant of grace through tangible means. But, baptism did not and does not bring anyone to salvation. Yet it is a call to grow in Christ. When of age, a person can look back and see that God called him to grow in His ways. Baptism is reminder that he did nothing in his salvation, instead it was the parents who held, the pastor who poured and the infant who squirmed. By suggesting that assurance comes from faithfulness to the word of God, and participation in the visible covenant community, Auburn theology strips salvation by faith alone. And it replaces it with the Roman idea of a syncretistic salvation, by their faithfulness, not faith in Christ.

In a sense Federal Vision denies total depravity due to its syncretistic salvation. If one’s heart was inclined to apostatize, then one’s heart would stray from God. To say that any action or deed (i.e. baptism) performed by any man saves them, fails to take into consideration the work of Christ. Scripture unmistakably rejects any teaching that suggests that the sacraments can save someone, and the same is true of salvation by faithfulness.

In the Old Testament Israel circumcised all her members, but not every Israelite was a son of God. Take for example the case of Jacob and Esau. They were both under the covenant of promise, and were circumcised. But it is written, “Jacob, I loved, but Esau I hated.7” The prophetical book of Malachi addresses this question of who is in the covenant and who is outside the covenant. John Barach agreed with this as well, but took it in a different direction. He applied it to the covenant community, the church. God “chose them to belong to Him, but their life in covenant with God was conditional. It involved faith and obedience and perseverance.”8 This is a hint at the Federal Vision’s misunderstanding of covenant theology as certain elements of the Mosaic model continue to the new. Certain Auburn theologians claimed that the Mosaic Covenant was the gospel in pre-Christ form. Auburn recognized that Israel was the background for the Church, but only partially.

As already hinted at, Auburn theologians blur the distinction between the invisible and visible church. This is classical Reformed terminology. Barach contradicted this teaching. With the claim that “God’s covenant includes some who have been so predestined to eternal glory with Christ, but it also includes others who have not been predestined to eternal glory with Christ, but who. will apostatize.”9 It is blasphemous to suggest that everyone who is baptized enters into the very covenant that always existed within the Godhead from eternity.10 This assertion suggested that God had the same intimate fellowship that He has with His son with those outside Christ. Wilkins defined a covenant as a real relationship, consisting of real communion with the Triune God through union with Christ.11 Auburn theology failed to catch the contradiction when the apostate fails to persevere in the grace of God and, thus, has his name removed from the book of life. 12 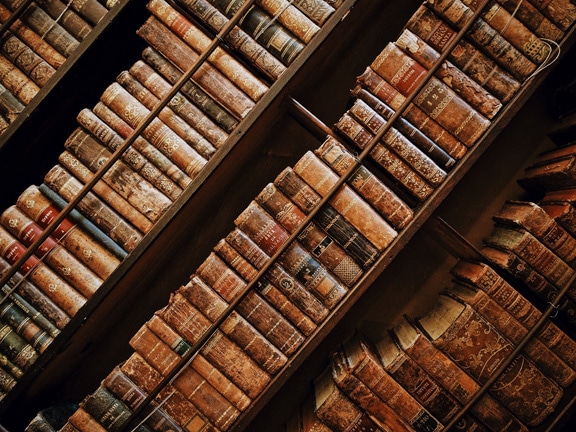 Douglas Wilson sought to redefine these categories and asked a question, “who talks about the distinction between a visible and invisible mother?”13 Wilson revealed a false conception of this distinction. He misunderstood that the invisible is the true covenant community, and the visible church is an outworking of that community. They partially overlap each other. Murray noted that while the ‘invisible church’ never appears in the New Testament, therefore it should not be defined as such.11 Is the Trinity specifically mentioned in Scripture, or the language of the Nicene Creed, “of the same substance?” Certainly not. At times it is appropriate to develop categories and terminology to assist in teaching such concepts.

Further adding to the confusion is Schlissel’s essay on justification and the gentile nations. His sympathy with the New Perspective on Paul asserted that the reformed view misunderstood Paul’s plight in Galatia. He suggests that it was not legalism, but nationalism that Paul was fighting. Therefore, reformed theology’s solution of justification by faith alone is wrong. Justification according to him is more of being in the right group than being legally righteous before God.

Auburn theology is guilty of misunderstanding sacramental theology, ecclesiology, covenant theology and the doctrine of assurance as a consequence. These men and their teachings must be listened with great discernment. But they admit they are outside the camp of reformed tradition. Wilson recognized this as he discussed the invisible church, as did Lusk, Wilkins and Barach as they suggested alternative views of election. The true covenant community is not those who are baptized, but instead those who are found in Christ, saints of old and new who placed their undying trust and faith in the God-Man, not in their baptism, but instead the source of grace.

1. O. Palmer Robertson, The Christ of the Covenants, (Phillipsburg, Presbyterian and Reformed), 51.

5. Romans 5:16, 17 all Scripture quotations are from the English Standard Version.