I was recently tagged in a conversation on Facebook. With the recent turn of events, a mother was looking for good books to prepare her children for persecution. And that’s always a good idea, in both alarming and comfortable times.

I immediately thought of Marie Durand, her family, and the èglise du désert (“church of the desert,” a reference to the persecuted church in Revelation 12).

In 1730 Marie was arrested by the French authorities for professing what the government described as “the so-called Reformed religion.” More specifically, she was arrested for being the sister of a Reformed pastor, Pierre Durand. She was only nineteen, and had just become engaged.

While French Protestants (Huguenots) had enjoyed a certain amount of freedom under King Henry IV (beginning with his 1598 Edict of Nantes), they gradually lost their rights until, in 1685, the edict was revoked. In 1724, a new royal edict called for the execution of all Protestant preachers and the imprisonment of anyone who was caught worshiping, marrying, or baptizing children under a Protestant pastor. Men were often sent to the galleys, while women were locked in a dark and cold prison inside the Tower of Constance, in an unhealthy marshland.

Marie remained in the Tower for thirty-eight years. Being one of the most literate women there, she led daily devotions, taught the prisoners’ children, and wrote letters to ask for provisions and relief. Her health deteriorated. She suffered from rheumatism, sinus infections, and possibly malaria. She never saw her fiancé and her father again. While she was imprisoned, her brother was arrested and executed.

The other women were in similar conditions, and they comforted and strengthened each other with the Word and prayer. Given her good education and her knowledge of Scripture, Marie became a teacher for the prisoners’ children. Young girls who were imprisoned with their mothers usually stayed in the Tower, while young boys were taken away after weaning and sent to live with relatives or other families.

In reality, the women had many opportunities to leave. At one point, the Tower’s supervisor, moved by the women’s plea, gave them a way out: They didn’t have to renounce their faith. They just had to say they were sorry and ask for the king’s forgiveness.

It’s sometimes hard for twenty­-first century Americans to fully understand these women’s struggle. They lived at a time when Christians had a deep respect for God­appointed authorities, even those who persecuted them. These women preferred to believe that the king was not totally aware of what was happening. Marie, as one of the most literate prisoners, wrote frequent letters to the authorities to try to explain the Huguenots’ position. Far from being a threat, the Huguenots were devoted to their country and willing to give their lives to defend it and promote its prosperity.

The women in the Tower would have gladly asked for forgiveness if they had offended the king or harmed the country in any way. But they couldn’t ask him to forgive them for worshiping God according to Scriptures. It would have been an undue admission of guilt and a declaration that the king had the right to decide how God should be worshiped.

By that time, French Huguenots had learned many lessons from centuries of persecution. After decades of guerrilla-like warfare, under the extemporaneous inspiration of self­proclaimed prophets which included women and children, a group of pastors, led by the young Antoine Court (1696–1760), held a series of secret meetings to reorganize the church according to Scriptures. Marie’s brother, Pierre Durand (1700–1732), was one of these reforming pastors.

Antoine Court proposed four items of reform: regular worship meetings; the suppression of religious violence; the restoration of church government and discipline by re-establishing consistories and synods; and the careful training of French pastors, mostly in the newly established seminary in Lausanne.

Violent resistance was replaced with a program of persuasion and education of the authorities. Marie’s letters even reached Madame de Pompadour, the official chief mistress of Louis XV. Paul Rabaut (1718–1794), a young French pastor who was one of Marie’s most faithful supporters, availed himself of every open door to influence the government, even while he was in hiding. Finally, several men and women of the French nobility became acquainted with the Protestants’ plea and worked toward their freedom.

Interestingly, much support came from French philosophers of the budding Enlightenment, such as Voltaire and Jean-Jacques Rousseau. While disagreeing with the main tenets of Christianity (Voltaire questioned the goodness of God while Rousseau defended the innate goodness of men), they defended Protestants from a human-rights perspective.

Naturally, the Huguenots were grateful to these men. Sadly, their gratefulness went too far and many Huguenots became charmed by the ideas of the Enlightenment. It didn’t help that Swiss churches had been slowly abandoning many tenets of the historical creeds and confessions, favoring a new catechism (written by Jean-Frédérick Ostervald) which compromised many important doctrines, such as justification by faith alone and the Trinity.

As time went on, the church felt increasingly compelled to meet the philosophers’ standards and to formulate a more rational and practical religious creed focusing on love for humankind and minimizing the mysteries of the faith. Paul Rabaut firmly opposed these changes. “I will not reject a mystery for the only reason that it cannot be understood,” he wrote.

Regrettably, some of the most fervent promoters of the new direction of the church were the sons of Antoine Court and Paul Rabaut—Antoine Court de Gébelin and Jean-Paul Rabaut Saint-Étienne. Deeply concerned, Paul Rabaut wrote in 1776, “This freedom for which so many of our people yearn, I fear it as much as I desire it.” Still, he concluded, “I have no trouble putting my fate in the hands of Wise Providence.”

His fears were justified, as the French Revolution turned fiercely against the Christians who had fully subscribed to the ideals of the Enlightenment at the expense of their historical creeds and confessions. On December 5, 1793, Jean-Paul Rabaut Saint-Étienne, who had become a member of the French convention, was arrested, prosecuted, and executed by the new revolutionary government. After erecting in the Cathedral of Notre Dame, Paris, a statue to Reason, the new regime proceeded to close down churches and monasteries, destroy religious monuments, and persecute all religions. 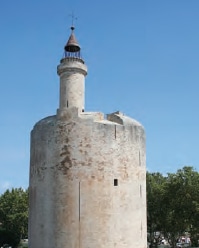 Once again, French Huguenots underwent persecution. Today, we can learn many lessons from their struggles and their mistakes, and be encouraged by the faithfulness of God who has continued to sustain His church, even in persecution and “in the desert.”

Marie was released in 1768. She was fifty-seven and very feeble from the time spent in prison. She retired in her house with a woman who was freed with her. At this point, we would like to give the story a happy ending and say she lived free and untroubled for the rest of her life. In reality, Marie’s house had been taken over and ransacked by some unscrupulous cousins. Even her niece (her brother’s only daughter), whom Marie had always loved very deeply, had married a rich Roman Catholic and had allowed her husband to take advantage of Marie’s properties. Thankfully, some churches continued to support Marie until her death in 1776.

While this might not be the happy ending we are inclined to expect, it is in fact more comforting, because God continued to sustain Marie not only through her time in prison but also through every struggle at home, giving her the strength to rely on His promises, grateful for what she described as “the honor of wearing his uniform for his just cause.”

Marie Durand is well known in France. During the Nazi regime, she became an inspiration to a large group of French Christian villages who participated in an aggressive operation to rescue of war prisoners, mostly Jews. Many people still visit the Tower of Constance and look at an inscription Marie is believed to have carved on a stone: Register (which means “to resist” in the language of that particular region). Few, however, realize the source of her endurance, and even fewer have read her moving, Scripture-filled letters which reveal a life of sincere conviction in the truth of the Bible and unmoving devotion to the Lord.

The times seem long, and in fact they are. Our flesh complains because we are naturally impatient, but, my dear girl, let’s put to death our evil desires. Let’s be the violent who take heaven by force. Let’s seek the kingdom of God and his righteousness and all these things will be added unto us. Let’s forsake our ways and return to the Lord who, in his greatest wrath, remembers mercy. He will have pity on his desolate Zion and will restore her to her renowned condition on the earth. Let’s pray for her peace, for God has promised prosperity to those who love her. (Marie Durand, to her niece Anne, November 25, 1755)

Mrs. Simonetta Carr was born in Italy and is a member at Christ United Reformed Church, Santee, CA. She is currently writing a series titled Christian Biographies for Young Readers, published by Reformation Heritage Books.