Now and then,Tuesday afternoon, our little Mission Band would gather on the ocean beach close to our home for an open air service. We would begin by huddling together to sing a few hymns; our voices quavering, carried away by the ceaseless wind coming from over the breakers into the coconut groves behind us. I often had difficulty in keeping my mind on the words we were singing for the beauty of the dying day would catch at me, making the sacred words almost in· adequate in the face of God’s handiwork. The sun would begin to sink rapidly, a great golden ball of contained fire. The world would become still, bathed in roseate mauve-illuminated like a missal, like a very old Bible I had once seen. The breakers coming in onto the shore would seem to hesitate, each wave punctuated as it were, a proof of the sea’s immensity. And the sky? But how can one describe an end-of-day sky on the Indian ocean as seen from the shore of a jeweled island like Ceylon? “God,” I would comment inwardly, “you made far more variety of color in this part of the world than anywhere else.”

And our little Band would sing bravely on. First the fisherfolk’s children would come, forming a circle around us, their huge dark eyes staring solemnly at us. Not a smile to be seen on their faces; just unblinking eyes that took in everything. But a few words directed to the children by our Sinhalese evangelist would unlock the solemn eyes and make them dance with merriment, followed by the abandoned carefree laughter of children all over the world. Slowly some of the adults would gather around us. Then our evangelist would tell them the old, old story of Jesus and bis love. It was a thrill to listen to our evangelist speak in Sinhalese. Although I understood very little of what he was saying, bis eloquence and sincerity gripped me. And his words held his audience—that I could see.

Living on the ocean beach so close to Nahlin’s fishing hut, I had often seen the comings and goings to and from that humble place made of muddaub, which had a roof of dried woven coconut leaves. Nahlin’s home, and the homes of the other fisherfolk, would get the full blow of the southwest monsoon as it swept in from the ocean, and the thunderous boom of the surf would deafen their ears more than the roar deafened ours. The fisherfolk were a despised lot, one of the lowest castes on the island because they took life, even though it was but that of a fish, for life of any kind is considered sacred by the Buddhists.

I would often watch the activities of the fishing village from my veranda, where I would answer letters on my typewriter. But the family I loved to watch most of all was Nahlin’s family.

They were self-sufficient and an industrious lot. But when the monsoon season came in to stay I would worry about Nahlin going out to sea in his catamaran—an outrigger canoe.

Often I could see him, looking at the sky through the coconut trees or scanning it over the sea, his forehead wrinkled with the weight of his thoughts—to go or not to go that day. They had to eat and live but on many days of the southwest monsoon Nahlin would not dare to drag his boat into the water. After all, had not four hundred fishermen lost their lives in one day only the year before? 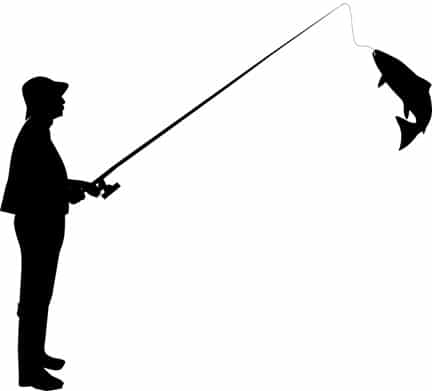 Nahlin did not need a weather bureau to give him the weather report. If there was a mauve-colored tinge to the clouds the wind was coming from the south; if they had a pale lemon tinge, the wind was from the northwest. I would watch Nahlin, his eyes on the threatening sky. He was a short, sinewy man with strong gorilla-like arms. His body was bare to the waist, and like most of his caste, browned almost to ebony black by a lifetime of exposure to a scorching tropical sun and to the continued soaking of the sea. His nondescript half-sarong would whip against him as he watched the sky.

But there are smaller and humbler fish, and as soon as the poor little boats are hauled up on the beach, the nets are shaken out on the sand, and such fish as there are, are sorted. Nahlin had ventured out quite early that day so many months ago. I could see he was having a difficult time to get his awkward craft over the first few breakers. He was working hard to get into the quieter waters, if the sea can be called quiet at all during the southwest monsoon.

I forgot about Nahlin for a few hours after he had started out but then the increased activity of the coconut fronds caused me to look out over the ocean. I could see Nahlin, or what I thought must be he, tussling with the great turbulent waves and heading into shore. The horizon was not black so I knew the storm would not strike so soon. “Oh,” I thought to myself, “he has had a fairly good catch and wants to sell it before the storm strikes.”

And so it was. Nahlin had pulled his boat upon the shore, and then he and his wife, Kusula, threw the net onto the sand, such fish as there were spilling out. They sorted the fish. The large ones—the gray and red mullets. Nahlin would take to the big Colombo fish market, and the smaller and less attractive flat ones—the rays and skates—were piled into a flat basket for Kusula to sell locally, and the meanest fish, which were not worth selling, would find their way into

Nahlin’s curry-pot. The sorting of the fish was soon finished. At any rate, the fish were fresh for they had just that moment gasped out their lives on the sand. Shanthi, their oldest daughter, who was thirteen years old, had come from their hut to gather the lowly fish remaining for their curry-pot. She was a bright child, too young to be out of school to care for her younger brothers and sisters. I had then seen Nahlin and his wife arguing. She would probably want to cook the rice and curry local before starting out to sell the fish, but Nahlin was pointing to the sea. I could almost hear him say: “Can’t you see there’s going to be a storm? We must get our fish sold!” And it was true, the clouds were brownish-colored and all hazy towards the west, and hanging so heavy inland. And I knew he would warn her ‘to get as much as she could for the fish, for his neighbor, Banda, would have to get half of the proceeds, and fish were scarce enough as it was in the monsoon. I could see Nahlin make a grimace. “Huh,” he was probably saying, “much people care anyway if we’re drowned or starve.”

Nahlin had adjusted the pingo, the yoke of wood, across his bare shoulders and hurried off with his two baskets. Kusula bustled off towards the thriving suburb nearby, carrying her basket of fish on her head. Shanthi slowly walked to the hut to prepare the noon meal for her brothers and sister who would be coming home from school. Her hair had the lank greasiness of the unwashed, and she wore it screwed up into a tight little konde (knot). Somehow I had felt sorry for my fisherfolk neighbors that day but most of all for Shanthi, still so young but already careworn with a ragged and worried look of a woman three times her age.

One hour later the fronds of the coconut trees had stirred violently. The world became dark. I thought of Nahlin and Kusula trying to get rid of their fish before the storm. I had looked over to their little muddaub hut. Shanthi had already lighted the oil in the coconut shell; it glimmered and flickered in the one and only window of the hut.

My thoughts had wandered and suddenly I was brought back to the ocean beach, to the evangelist’s voice which had broken into song. Nahlin’s eyes were still riveted on the evangelist’s face, and then Nahlin began to ask him questions.

Early the next Sunday morning I saw, from my dining-room window, Nahlin in a clean, checked sarong walking across the school grounds behind our home. “For the first time,” I thought to myself, “he is going to attend the Sinhalese church service.”