In this article I will focus on the polemic nature of the fifth and the sixth plagues. The word “polemic” is used to convey the idea that an argument is being employed. If a statement is polemical it contains a defense of one position, but it can also contains an attack against an opposing position. The fifth and the sixth plagues are polemical because they represent a direct attack against Pharaoh and the Egyptian gods.

The Fifth Plague – Then

When Moses confronts Pharaoh with the threat of the fifth plague, we expect by now that Pharaoh will refuse Jehovah’s demand. As a result, the strong hand of Jehovah will oppose Pharaoh causing a great pestilence to kill the livestock of Egypt. The horses, donkeys, camels, oxen, sheep and the goats will be affected by this plague. This does not mean that every individual animal of the field will be affected, but rather a great number of animals will die, including animals of all the different kinds associated with the field. 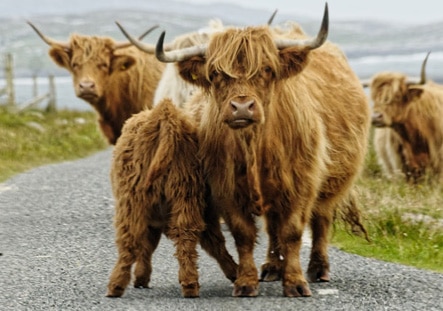 This is a devastating attack against Egypt. The fifth plague affected Egypt’s source of food, clothing, and the basic transportation system of that time, which was based upon camels, horses, and donkeys. The fifth plague, therefore, crippled Egypt’s economy.

This plague is also a polemic against the popular bull cults that were popular at that time in Egypt’s history. Egyptians worshipped the bull as the great inseminator imbued with the potency and vitality of life. Apis was the most important of the Egyptian sacred bulls. The popularity of these bull cults will be reflected later in Israel’s’ apostasy. In Moses’ absence the Israelites will reject Yahweh and return to the bulls cults of Egypt.

Numerous other cults were associated with animals: Isis, queen of the gods, bears the horns of a cow on her head; Hathor is given a bovine head for her task of protecting the king. The fifth plague was an attack against all these false gods that were associated with the bull and every other animal of the field. The fifth plague was proof that all these false gods were imposters. Jehovah is the only true God who sovereignly rules over Egypt. The false gods of Egypt were absolutely powerless against the strong hand of Yahweh. In verse 3, we read that the hand of Jehovah will be very heavy. This is a caustic statement, because Pharaoh’s heart is often spoken of as being heavy. In other words, the plague is heavy upon Egypt on ac-count of Pharaoh’s heavy heart. Since Pharaoh continues to harden his heavy heart, God’s hand will continue to be heavy upon Pharaoh and his people. During this plague Jehovah will make a distinction between the live-stock of Egypt and the livestock of the Hebrews. God makes a distinction between His people and the Egyptians. This distinction is reflected in the way that God deals with the animals. Only the animals belonging to the Egyptians will be affected by the plague. In verse 5, Jehovah sets the time of the plague, saying, “Tomorrow Jehovah will do this thing in the land.” This is further proof that Jehovah is sovereign, because He controls the timing of the plague. Following the plague, Pharaoh sends his servants to investigate Goshen, but he re-fuses to send out the people of God from Goshen. His actions are paradoxical. He sends out his servant to Goshen, but he won’t send God’s servants out from Goshen. Pharaoh denies Jehovah’s demand be-cause his heart was very heavy; therefore the hand of God is heavy upon Pharaoh and Egypt.

It is interesting to see how people view natural disasters today. Some people see them as a random act of nature; still others become angry with God to the point where they question God’s character and accuse God of injustice.

In light of what is recorded in the book of Revelation, this should not surprise us: “They were seared by the intense heat and they cursed the name of God, who had control over these plagues, but they refused to repent and glorify God.” “Men gnawed their tongues in agony and cursed the God of heaven.” Just as Pharaoh’s heart was hardened in the face of God’s judgment, likewise in the last days, the hearts of the reprobate will be hardened when they are confronted with the plagues spoken of by the apostle John in the book of Revelation. The plagues that John describes in Revelation correlate with the plagues that God employed in the Exodus. Exodus provides us with a picture of the final judgment and the time leading up to this judgment, and a picture of God’s salvation.

Leading up to the time of Christ’s return, the enemies of God will continue to deny His right to rule sovereignly over creation. As a result many leaders within the evangelical church feel the need to defend God. Some of them defend Him by denying His sovereignty. In Exodus, God is clearly the source of the plagues, He determines the hour of their visitation. This is still true today.

The Sixth Plague – Then

In the sixth plague, Moses is instructed to appear before Pharaoh with handfuls of soot from a furnace. Without saying a word, Moses is commanded to toss the soot into the air in the presence of Pharaoh. When Moses acts according to God’s instructions the soot is transformed into fine dust, and the fine dust covers all of Egypt.

As the dust covered all of Egypt, festering boils broke out on men and animals throughout the land. The Hebrews and their animals, however, were not affected by this terrible plague. This is the first plague that directly affects the bodies of the Egyptians. Through this plague God is demonstrating that He controls the health and wellbeing of the Egyptians in a very personal way. The strong hand of Jehovah is heavy upon Egypt.

When Pharaoh forced the Hebrews into slavery, the major task that he used to oppress them was the making of bricks. Furnaces were used for baking bricks. Therefore an instrument associated with Israel’s slavery, the furnace, is turned against Pharaoh and all of Egypt. God takes the furnace, an object associated with the oppression of the Hebrews and He uses it to oppress Pharaoh and his people. By turning the soot of the furnace against Egypt Jehovah is utterly humiliating Pharaoh.

The type of disease created by the dust is unknown. Some commentators contend that it was anthrax, an infectious and often fatal disease. The language used to describe the disease is used elsewhere in the Bible to describe leprosy and its consequences (Lev. 13:18–20). Although, questions remain regarding the specific disease, whatever it was, it was certainly dangerous and potentially life threatening.

The sixth plague became proverbial in ancient Israel. Moses later warns the Hebrews that if they disobey God’s commands, “The Lord will smite you with the boils of Egypt and with tumors and with the scab and the itch, from which you cannot be healed” (Deut. 28:27).

The severity of this plague is hard to comprehend. We are told that, “The magicians could not stand before Moses because of the boils that were on them and on all the Egyptians.” It highlights a contrast between Moses and the Egyptian magicians. Moses and Aaron were able to stand before Pharaoh, but Pharaoh’s magicians could no longer stand before Moses and Aaron. The image is one of complete defeat. Not only were the magicians unable to protect Egypt, but they were unable to protect themselves. They were completely subdued by the strong hand of Jehovah.

Yet in verse 12 we read “But the Lord hardened Pharaoh’s heart and he would not listen to Moses and Aaron, just as the Lord had said to Moses.” Verse 12 stresses the active nature of God’s work; God is described as hardening Pharaoh’s heart. The heavy hand of God is heavy upon Pharaoh’s heart causing his heart to become even heavier. God’s direct agency has been seen before regarding Pharaoh’s heart (4:21, 7:3). At other times, Pharaoh hardened his own heart (8:15, 32). By alternating between statements that affirm the hardening of Pharaoh’s heart by both Pharaoh and Jehovah, it is clear that Jehovah ultimately rules’ over Pharaoh’s heart, but likewise, we also see how it is Pharaoh’s nature to rebel against God.

God is not hardening a submissive man. Pharaoh is at enmity with God. This is true of every sinner until he is called and regenerated by the Holy Spirit. We must recognize that even today, God continues to rule over the hearts of all men. This includes both the godly and the ungodly. There is no sphere that is outside God’s control. It is a mistake to think that God is more in control when things go our way or when moral people rule the land. God is in control at all times and in every sphere of life. God rules over the hearts of the most wicked rulers on earth.

The sixth plague, like the previous plagues, is repeated and intensified in Revelation. John says that the sixth plague will appear again at the end of the age, when God pours out the seven bowls of wrath upon the followers of Satan. “And the first angel went and poured out his bowl into the earth; and it became a loathsome and malignant sore upon the men who had the mark of the beast and who worshipped his image” (Rev. 16:2).

God’s people will experience an exodus at the end of the age that will be even greater than the exodus that Israel experienced when they were delivered from the yoke of Egypt. This greater exodus begins when a sinner is delivered from darkness, and made alive in Christ.

Everyone that belongs to Christ is living an exodus greater than the exodus from Egypt. You have been delivered from the slavery of sin, and death. Your inheritance has been secured through the finished work of Christ, and likewise your safe passage through the wilderness has been secured by One who has passed before you. You are assured that God will sustain you by His Spirit, but you must recognize that God’s Spirit works through the ministry of the word and the sacraments. Therefore you should make diligent use of these means.