In Gen. 3:15 we read that God said “I will put enmity between thee (Satan) and the Woman, (God’s people – the church) and between thy seed and her seed. It shall bruise thy head, and thou shalt bruise his heel.”

This is a most important doctrine pertaining to one’s salvation. Note first that God said; “I will put enmity”, meaning that he ordained it to be, and what God ordains will forever remain, and cannot be changed.

Secondly, by means of a modern illustration, we could say by ordaining the antithesis to be, God drew an invisible line across the face of time. This line would separate the regenerate from the unregenerate, the believer from the unbeliever, the righteous from the unrighteous, and the saved from the unsaved. It is between these two groups that God has drawn the line of distinction. It is between them that God said, “I will put enmity.”

The dictionary defines the word “enmity” as a deepseated and mutual hatred between two parties. That is exactly what God established between His people and the world. He did not want His people fraternizing with the world, as clearly set forth in the O.T. That is why the world hates the church. They cannot help themselves for God decreed it to be so.

So we see that the doctrine of the antithesis is clearly identifiable throughout the Scripture. Every person born on this earth will eventually be identified on one side of this antithetical line or the other. Ones very salvation is at stake! God who sees our every move and knows our every thought will be the judge.

Jesus confirms the antithesis as fact in a different setting, Matthew 7:13, 14:

One side of the line or the other; one gate or the other, it’s the same difference. In either case we are admonished to make the right choice. We should also note that there is no middle ground; there is no third gate, no room for compromise. Entrance to the narrow gate leads to heaven and the other to hell.

Jesus rejects all forms of compromise with the world. This is what Jesus said regarding that matter:

“No man can serve two masters, for either he will hate the one and love the other; or else he will hold to the one, and despise the other. Ye cannot serve God and mammon” (Matthew 6:24).

Scripture would have us to understand the reality of this emnity. It is an ongoing battle between Satan and the church. W are warned by the Scriptures, to take the matter seriously:

“Be sober, be vigilant; because your adversary the devil, as a roaring lion, walketh about (the earth), seeking whom he may devour” (1 Peter 5:8).

The apostle Paul describes the battle as a more personal one, “For we wrestle not against flesh and blood, but against principalities, against powers, against rulers of the darkness of this world, against spiritual wickedness in high places” (Ephesians 6:12). 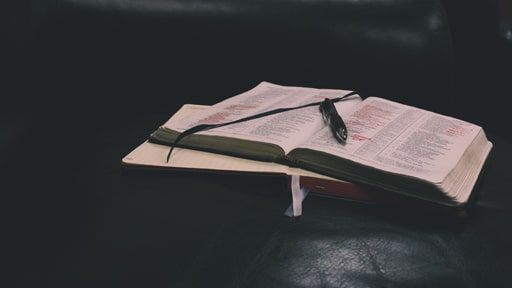 In former years the teaching of the antithesis held a respectful and prominent place in the preaching of the Word. Today, by comparison, it is given little more than lip service. How did this come to pass?

As with all retrogression in the church, whether in liturgy or doctrine, it does not happen over night. Retrogression is more likely to be a gradual process over a period of years. So what happened over the years?

Years ago there was not an automobile in every garage, our people lived in closely knit neighborhoods. Then following the depression, and the end of World War 2, our people began to be more affluent. Now there is an automobile in every garage giving people more freedom to move about. With this new found freedom people began to leave their ethnic neighborhoods for the suburbs, and, as a result they began to mix with different cultures. Thus, they fell under the influence of more liberal views.

At about the same time the Christian Reformed Church Synod was pressured to disannul their stand on worldly amusements. After much discussion, and over a period of years, the synod acquiesced, giving as grounds that the church should not legislate sin. Thus, the flood gates to worldly pleasures were flung wide open.

Now the people could participate in all kinds of worldly amusements without having any guilty feelings. Soon, the pulpit was largely silenced regarding the antithesis, since they could not speak openly regarding particular sins. Given time, the church was certain to reap the fruits of that fateful decision.

Today, Sabbath desecration in its various forms is on the increase and becoming quite common. People think nothing of shopping or dining out on the Lord’s Day. The theater has moved into our living rooms and sex and pornography can be ushered in through the Internet. The modern dance, together with its inherent evils, has entered the curriculum of many of our Christian schools.

In all this the pulpit remains silent and the church continues to hold out its hand to the world by its silence. It is not difficult to see that the antithesis has become a lost doctrine.

If our covenant children and young people are to grow up to be God-fearing Christians, we will have to return to the teaching of the antithesis. They must from a young age have this biblical truth drilled into their young minds. In this, the church seems to have failed miserably.

We live in a wicked and immoral nation. Already its tentacles have to some degree, entered the doors of the church and schools, as we have seen. The temptations of the evil one surround us as never before. If ever there was a time when the preaching of the antithesis was needed, that time is now. Let the reformed pulpit go back to its moorings, and once again fearlessly proclaim what God had intended for our lives when He ordained the antithesis into being. Ones very salvation could be in jeopardy, as the Scripture warns.

“Love not the world, neither the things that are in the world. If any man love the world, the love of the Father is not in him.” (l John 2:15).