When I became a minister five years ago I was asked if I would be willing to promote and defend the confessions of faith that we as Christian Reformed Church adopted. I expressed my desire to do so by signing the Form of Subscription in the church to which I was called. Since that time I have also been asked, and have agreed to sign this form at classis meetings.

This act of subscription may seem like a formality to those who witness it, and perhaps even to some who have to do it, to the point that some would have us rid ourselves of the practice all together (“Let’s Drop the Form of Subscription,” The Banner, March 13, 1995, p. 11).

As a pastor who, like any pastor, is confronted with a myriad of ministerial situations, I have to constantly ask the question, “How should these situations be handled?” Not just, “How should these situations be handled?” but also, “How should they be handled since I am a Christian Reformed minister who signed the Form of Subscription?” For it is not that I have been called strictly to uphold our confessions in local ministry, or only certain aspects of local ministry, and that for the rest I throw those confessions out of the ecclesiastical window because they have no bearing and/or cause too many problems. To have such an attitude is to contribute to the loss, not only of my identity as a pastor, but also of that which identifies us as a Christian Reformed Church. And to lose that ecclesiastical identity is to lose that which enables the church to tell the world and those who grow up into her who she is and that for which she stands. To throw out my subscription to those confessions would also automatically blur my understanding of calling as an officebearer in the Christian Reformed Church because it would go against the clear purpose evident in the Form of Subscription-namely to promote and defend the Reformed faith; as an officebearer called to lead, I need the clarity the subscription provides. Furthermore, such a toss of subscription tarnishes integrity: I had agreed to take the signing seriously, but in actuality I have taken it incompletely at most, superficially at best.

Many times it would seem to be a great deal easier to just forget the subscription I signed; it would seem that there would be fewer pastoral wrestling matches. And yet I know that if I had no guidelines to follow as a Christian Reformed pastor, I would not be able to pastor at all. If the shepherd does not know where he has to go, he cannot lead the sheep he has been called to shepherd. It would be like the blind leading the blind. In faith I have to realize that it is better to painfully bump against the guardrails as I am going down the road that the Lord has placed before me, than to painlessly free-fall over the cliff. The subscription provides those guardrails.

One of the ways that my calling to honor my subscription vows comes into play is with regard to a particular ecclesiastical dialect of our day. That dialect makes me wonder how much we as members and officebearers of Christian Reformed churches integrate our confessional standards that supposedly identify and unite us as Christian Reformed people with the ecclesiastical issues of our day. Permit me this month a sharing of one example of this dialect. Next month, the Lord willing I hope to share more.

Dialect: It is not a matter of salvation.

If this statement arose in a situation similar to that which Paul often faced-namely, a discussion concerning the ground of one’s justification—one could appreciate such a remark. After all, Paul had to warn his readers many times of those who were seeking to promote a works-righteousness mentality—who were trying to substitute the gracious, yet powerful work of Christ with the self-centered, impotent work of men. Nothing that man does can make him right with God—only the blood of Christ can do it. Anything else “is not a matter of salvation.” 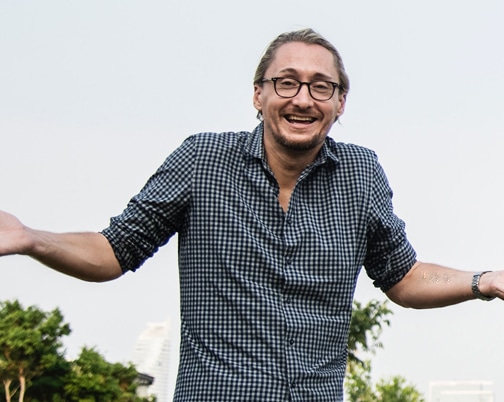 Sadly, however, this statement has been carried into prominence as a catch-all phrase for any matter of dispute within the church of Christ. One of the more specific places (though certainly not the only place) where we see this argument arise is with regard to the issue of ecclesiastical office. We hear well-intentioned people saying things like, “Why do we even worry about things like this? It is not even a matter of salvation.”

And there is a measure of truth in this statement, if you view the comment from the right angle. If what you mean when you say, “It is not even a matter of salvation,” is, “I am not justified in any way by a proper understanding and practice of ecclesiastical polity,” you would be correct, for the ground of our justification is not on what we do, but on the finished work of Christ and Christ alone.

However, to say that something is not a matter of salvation in such a context is to forget another very important aspect of the person of Christ—his Lordship. For after all, in the same vein of reasoning, it must be admitted that adultery is also not a matter of salvation; neither is stealing, neither is murder, nor covetousness, nor the taking of the Lord’s name in vain, nor (as is often heard) the corporate worship of the Lord. But just because they are not matters of salvation in that sense does not make them unimportant. Just because they are not matters of salvation in the sense mentioned above does not mean they are not matters of Lordship; in fact, they are. And because they are matters of Lordship they are by that very fact important matters indeed. To speak otherwise is to speak of a fundamentalism foreign to the Reformed faith. It is a fundamentalism that says, “The temporal is irrelevant; it’s the eternal that counts.” It is a fundamentalism that says, “What we need to be worrying about is saving souls and any other endeavors are the polishing of brass on a ship that is sinking.” It is a fundamentalism that seeks to divorce the Lordship of Christ from the salvation of Christ. We are not called to sacrifice the sanctification of our lives on the altar of justification; the two may be distinct, but they may not be divorced.