If possible, I wish to raise an alarm without being an alarmist. The Reformed theologian, J. H. Alsted (1588–1638) said that the doctrine of justification is the article of faith by which the church stands or falls. Of course he was only summarizing what all Protestants learned from Luther.

It has become clear since the publication of the first Evangelicals and Catholics Together document in 1994, that many evangelicals are no longer willing to stand with us in affirming the historic confessional Protestant doctrine of justification. Sadly, one perceives that there is also, within the conservative Reformed world, a move away from the Biblical-Protestant-confessional doctrine of justification. Hence the alarm. 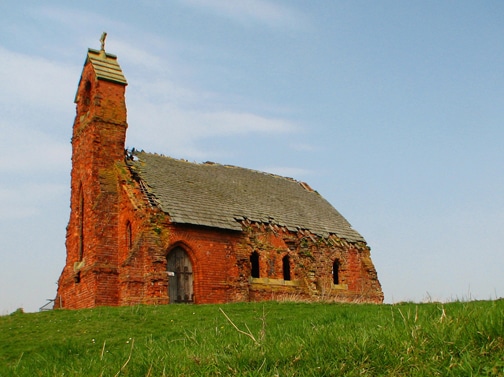 It is not hard to discover the weaknesses of ECT. It is not qUite as easy, however, to see the movement in the Reformed world, but there is evidence that a movement is afoot to change our doctrine of justification, especially as regards the teaching of sola fide (by faith alone).

The chief ground for suspicion is the claim which some are making that there is a uniquely Reformed doctrine of justification in distinction from the Lutheran doctrine. Specifically, these folk seem to be claiming that we confess not just faith alone as the instrument of justification, but “an obedient faith;” or sometimes it is said more baldly, faith and works are twin instruments of justification. Some even appeal to James 2:14–26 to support their argument.

To such claims the entire medieval church and the Council of Trent say, Amen. Genuinely confessional Reformed folk, however, ought to be more cautious. It is true that, at first glance, their claim would seem plausible. After all, as Reformed people we believe that there is a distinctly Reformed worldview and there are certain Reformed distinctives in the doctrine of salvation which do separate us from our Lutheran brothers (e.g., predestination). Not all that is plausible is true, however. The truth is, as B. B. Warfield once said, on the matter of justification the Lutheran and the Reformed are one.

Those who are creating a new “Reformed” doctrine of justification have gone back, whether they know it or not, to the old medieval doctrine of “faith formed by love.” The medievals and Trent agreed that we are justified by faith, but when they said “faith” they did not mean it as we do, but rather they meant it as a synecdoche for the three virtues: faith, hope and love. Thus when they said “faith” they actually meant holiness or sanctification.

The medieval church taught that God could not declare a man to be just unless he was actually, personally, morally just. In this view we are said to be justified because we are sanctified, and sanctified by the infusion of grace received in the sacraments. They spoke of “initial justification” received in baptism and “final justification” received after purgatory. This doctrine of progressive justification meant that no one could be certain of his justification, because he was never fully sanctified. In fact, it was considered sinful arrogance to claim to know, apart from special revelation, that one was indeed right with God.

Luther’s great rediscovery was the Biblical teaching that the “just shall live by faith” (Habakkuk 2:4; Romans 1:17). He realized that in Scripture, “faith” does not mean “sanctification” (moral transformation) but rather, by its nature, it is extraspective, i.e., looks away from one’s self and toward the only true object of saving faith, our obedient, righteous Savior. Paul reinforces this in Galatians 2:16–17:

In the matter of the instrument of justification, God’s Word clearly contrasts faith and works.

It is not that faith should never produce works. Any faith which is genuine, saving faith, is a faith which produces fruit. This is what God’s Word teaches in Galatians 5:6, “Faith working through love.”

This teaching agrees perfectly with James 2:14–26. Here James is chastising those in the congregation who claim to have faith but who give no evidence of it. James says, “A man says he has faith.” He is not replacing faith as the sole instrument of justification, with faith and works; rather he is juxtaposing a type of false faith with true faith. According to Scripture, there is no question that true faith ought to produce fruit, but that is a far different thing from making fruit an instrument by which we lay hold of Christ and His obedience for us.

All Protestants have, since the early 16th century, rejected the old error of justification by sanctification. The Augsburg Confession (1530), Art. 4 says:

Also they teach that men cannot be justified before God by their own strength, merits, or works, but are freely justified for Christ’s sake, through faith, when they believe that they are received into favor, and that their sins are forgiven for Christ’s sake, who, by His death, has made satisfaction for our sins. This faith God imputes for righteousness in His sight (Romans 3 and 4).

This confession, like our Belgic Confession Art. 23, teaches that we are not justified because we are sanctified (holy). It is not the justice which Christ imparts to us which makes us right with God, but rather the justice he imputes to us. Our Confession says that we are “not claiming a thing for ourselves or our merits” but rather, when we believe in Christ, we are “leaning and resting on the sole obedience of Christ crucified.”

The justice by which we stand before God does not come from within, not even as God’s gracious gift—that was part of the Roman and Tridentine doctrine—rather it comes from without. It is “alien” to us, strange, unnatural. This justice is outside us, because it belongs to Christ. He obeyed the law; He earned God’s favor; He satisfied God’s wrath; and His work for us is imputed (credited) to us and we receive Christ and all His benefits by faith alone.

This is why our Catechism is so clear about the doctrine sola fide.

Q. 60. How are you righteous before God?

A. Only by true faith in Jesus Christ; that is, although my conscience accuse me, that I have grievously sinned against all the commandments of God, and have never kept any of them, and am still prone always to all evil; yet God without any merit of mine, of mere grace, grants and imputes to me the perfect satisfaction, righteousness, and holiness of Christ, as if I had never committed nor had any sin, and had myself accomplished all the obedience which Christ has fulfilled for me; if only I accept such benefit with a believing heart.

The Catechism is careful to emphasize the judicial nature of justification: it is God’s declaration about us sinners. Even though we have only a small beginning of piety (Q.114), we are nevertheless just. How? Faith alone. According to our doctrinal standards, there are not two instruments, but one only. Faith is the sole divinely ordained instrument by which we are able to receive Christ and His benefits.

True faith includes certain knowledge and hearty trust (Q. 21) which God the Spirit creates in us through the preaching of the Holy Gospel and confirms by the Holy Sacraments (Q. 65). True faith believes that we are just before God merely of grace, only for the sake of Christ’s merits.

Our Confession is equally clear about sola fide. In Article 24 we confess about the good works of Christians: “… which works, as they proceed from the good root of faith, are good and acceptable in the sight of God, forasmuch as they are all sanctified by his grace: howbeit they are of no account towards our justification. For it is by faith in Christ that we are justified, even before we do good works ….”

If the Catechism and Confession are perfectly clear about this, there is no reason for us to be unclear. Why the present confusion about sola fide? There are at least four possible reasons. First, the Biblica lProtestant-Confessional Gospel is not natural and not easy to stomach. Not long after Luther, Protestants began tinkering with the gospel toward this same error. Second, since the 18th century, many Protestants have found personal religious experience more interesting than Protestant doctrine. Third, many evangelicals have long agreed with the Council of Trent (1546) that preaching this gospel of justification by the imputation of Christ’s alien justice will lead to immoral behavior. Fourth, all slogans, even sola fide are susceptible to misunderstanding.

All these reasons are insufficient, however, to warrant abandoning the Gospel. First, it is true that the doctrine of justification is a hard teaching, but that is as it ought to be. It should be as large a stumbling block to the natural man as the incarnation. Second, religious experience is a chimera. It is not reliable. Not long ago, Christians were actually sitting in church pews barking like dogs, claiming to be led by the Spirit. Religious experience is no safe norm for doctrine. Third, the pure Gospel is the only source of sanctification. That is why our catechism is in three parts, Guilt, Grace and Gratitude. Biblical teaching and Christian history prove that to change this order is to destroy any sound basis for the Christian life. Fourth, let us recommit ourselves to explaining clearly and patiently what our standards teach concerning sola fide.

To add an element to sola fide is self-defeating. Faith is simple, it is pure, it is alone, because it looks only to Christ who is our only righteousness. To add obedience to faith as an instrument is to corrupt it by changing the instrument and its object. If there are two parts, faith and works, then there are two objects: Christ and my own obedience. This seemingly minor modification is fatal to our entire faith. Would to God that my fears and suspiciOns are ill-founded, but our times and history suggest that they are not. May God grant us grace to believe and preach the Gospel of Christ’s obedience for sinners and the free gift of salvation through faith alone and the courage to face those who would corrupt this doctrine.