Though there are many theological issues involved in this modern controversy, there is none more important or central than that of justification. While the three names/groups mentioned above have many things in common (as well as many things in which they differ), there is one issue upon which they all agree: That the works that Paul excludes from justification are not all our works but only some works.

It is astonishing, yet true, that even today we are facing the same central issue that sparked the Reformation. In our small, conservative Reformed Churches the central tenet of the Reformation is being challenged from many quarters. Once again, the most prominent question is that of justification and the central exegetical debate is whether all our works or only some are excluded from justification.

For example, when Paul writes “that a man is justified by faith apart from the deeds of the law” (Romans 3:28), all of the above-mentioned groups agree that only some deeds or some works are being excluded here. The Reformation asserts to the contrary that this text, and others like it, teach that all deeds are excluded from faith as an instrument of justification.

Martin Chemnitz, the author of the Formula of Concord, wrote, “The absolute heart of the article of justification is this maxim of Paul that the Law with its works is excluded” (Loci Theologici, p. 531).

The Protestant Reformers both derived and defended the doctrine of justification by faith alone on texts such as the following: “The righteousness of God apart from the law is revealed” (Romans 3:21). “Not having a righteousness of my own, which is from the law, but that which is through faith in Christ” (Philippians 3:9). “Through faith … not of works” (Ephesians 2:8–9). 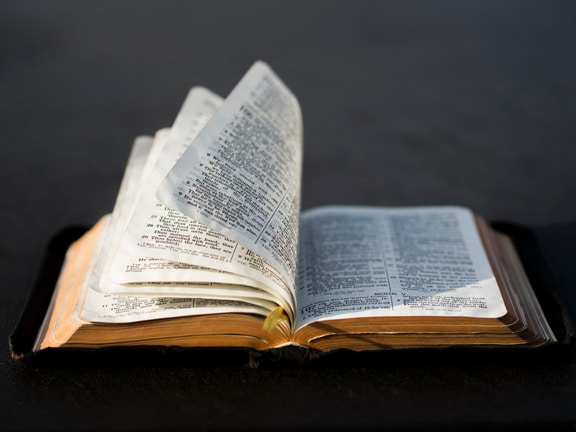 Further, larger passages like Romans 4 and Galatians 3–4 were cited to show how intricately and intensely Paul argued that all works of the law must be summarily and absolutely excluded (whether as an instrument for, or merit of, our justification). In his commentary on Galatians 3:18, Calvin writes,

Who will dare to explain this as applying to ceremonies alone, while Paul comprehends under it whatever interferes with a free promise? Beyond all doubt, he excludes works of every description.

But this is exactly what the Romanists did by interpreting this kind of language as a mere reference to the ceremonial law. When the soteriological construct of Rome was challenged with such passages, the papists, in a vain attempt to “explain away” these passages, argued that such passages referred to either (1) ceremonial works alone or (2) some sort of sinful works or those works done prior to regeneration.

In order to disprove the first [ceremonial works], the Reformers simply pointed out the context of Paul’s polemic. In the verses that surround his tirades against the inclusion of works in the grace of justification, the law in all of its facets is explicitly mentioned (Romans 3:20, 4:5, 7:7 (which mentions the 10th commandment); Galatians 3:10-13, 21).

In order to disprove the second [sinful or pre-regenerate works], the Reformers emphasized the fact that some of the strongest statements against and warning about the inclusion of works in the grace of justification were actually addressed to those who were already believers. Thus, Abraham and David are spoken of as being justified by faith alone (Romans 4:1-8), even after they became believers.

All works (whether they are thought of as an instrument or as merit) must be excluded from the faith that justifies. This is as true for the person just being converted as it is for someone who already believes. The sole and sufficient ground of our justification before God is Christ’s active and passive obedience alone; which is received through faith alone.

This is the core issue and this is also where all of the persons/groups mentioned above have fallen together into error: They all assert that the works that Paul was so interested in excluding refer either to ceremonial works alone or sinful works/pre-regenerate works.

In defense of this bold assertion, we cite Steve Schlissel: “‘Justification’ in Galatians and Romans deals with the status of Gentiles … Paul’s concern is the status of the Gentiles as Israelites indeed, through faith, not through ritual circumcision or the various identity markers uniquely connected with it” (Beisner, Calvin E. The Auburn Avenue Theology: Pros and Cons, p. 33, and see pp. 33-36). Again, according to Mr. Schlissel, Paul’s polemic involves what we call the ceremonial law rather than all the works of the law.

Similarly, Rich Lusk, in commenting on Galatians 3-4 writes that the main issue was that “They were insisting that the new people of God continue to mark themselves out in the old way, namely, by the now defunct badges of Torah. It’s clear these are the items under discussion in Galatians—circumcision, dietary laws, calendrical observances, and so forth” (The Auburn Avenue Theology, p. 133, and see pp. 132136).

Turning to N.T. Wright we read,

Earlier readings of Galatians, particularly in the Reformation tradition, had so emphasized the wrongness of ‘justification by works,’ understanding that phrase in a Pelagian or Arminian sense, as to make it difficult to articulate any sense of moral obligation or moral effort within the Christian.

In other words, he rejects a reading of “works” that would exclude all works from our justification. Here we must ask, “What, then, is the proper reading of ‘works’?” It seems that Wright has anticipated such a question by writing:

The boundary marker of this messianic community is therefore not the set of observances that mark out Jews from Gentiles, but rather Jesus the Messiah, the faithful one, Himself; and the way in which one is known as a member of this messianic community is thus neither more nor less than (Christian) faith (Wright, N.T., The Letter to Galatians, Exegesis and Theology, <http://www.ntwrightpage.com/ Wright Galatians_Exegesis Theology.htm>).

Thus, for Wright, Paul’s polemic in Galatians is not aimed at excluding all works from faith or justification but rather simply to exclude the “boundary markers” that “mark out Jews from Gentile” (the ceremonial law).

The “works” (Ephesians 2:9), or “works of the law” (Romans 3:28; Galatians. 2:16), or “righteousness of my own derived from the law” (Philippians. 3:9), or “deeds which we have done in righteousness” (Titus 3:5) which are excluded from justification and salvation, are not “good works” in the Biblical sense of works for which the believer is created in Christ Jesus (Eph. 2:10), or works wrought by the indwelling Holy Spirit (Romans 8:9; Galatians 5:22-26), or works done from true faith (I Thessalonians. 1:3), according to the law of God, and for his glory, but are works of the flesh (Gal. 3:3) done in unbelief (Galatians. 3:12) for the purpose of meriting God’s justifying verdict (Thesis 24, http:// www.hornes.org/theologia/ content/norman_shepherd/ the_34_theses.htm). Once again, the works excluded “from justification and salvation” are not all works but only some.

Thus, we find that there is a profound and most disturbing connection between all of the people/groups mentioned above. That connection, as we have shown, involves primarily a re-evaluation of Paul’s polemic against works contributing to our justification.

And let us not underestimate the gravity of such a re-evaluation. The Reformers’ arguments (based upon Romans 3-4 and Galatians 34) that the works which God has excluded from the grace of justification refers to all our works is absolutely central and fundamental to the biblical doctrine of justification by grace alone through faith alone! If this exegetical argument falls, then so does the entire Protestant Reformation.

Of course, some may still hold inconsistently to the doctrine of justification by faith alone, but this will not stop the consequences of their teaching. If we undermine the foundations of a particular doctrine, even if we continue to hold to it, the next generation will most likely reject it and take our logic further.

Consequently, however complex this issue may seem, we assert that it is really quite simple, and we must choose whose side we are on. On the question of justification by faith alone we must answer this question: What is the meaning of “the works” mentioned in Paul’s polemics against works in our justification?

On the one side, we have the Reformers who say, “all works are excluded from our justification.” On the other side, we have Rome, Auburn Avenue, the NPP, and Norman Shepherd who say, “some works are excluded from justification.” This is neither a new nor minor controversy; for herein lies the difference between true Christianity and false, the false Gospel and the true.

Rev. J. Wesley White is the pastor of the New Covenant Presbyterian Church in America located in Spearfish, South Dakota.