“Who is like unto Jehovah our God, that hath his seat on high, That abideth himself to behold the things that are in heaven and in the earth?” Psalm 113:5, 6

The Psalmist is amazed at the condescension of God. He challenges the universe to exhibit anything comparable to it. Philosophers have said that God is so great that he is not only unknown, but unknowable; that it is inconceivable that he should occupy himself with so insignificant a creature as man, a mere ephemera of a day. This idea has received further promotion by the. enlarged conception of the majesty of God as revealed by modern physical and astronomical science. How is it possible that so infinite a Being should be willing to stoop to a little world like ours, and t.o man whose “life is like a vapor that appeareth for a little time and then vanisheth away” (James 4: 14) . Even more amazing is the thought that the God of this infinitude not only thinks of me, but has set his heart on me.

Verily, it is so, says the Psalmist. Who is like unto Jehovah our God, that hath his seat on high, that humbleth himself to behold the things that are in heaven and in the earth? 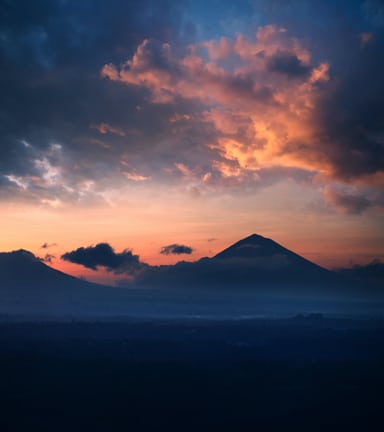 Who can describe it? When the mind and the heart and the tongue have said their utmost, so little has been said. We are finite beings, and all our attempts to comprehend the Infinite are vain, as vain as an attempt to measure the heavens with a span, or to take up the sea in the hollow of one’s hand.

One may then ask, Why does the Holy Spirit present the subject to us, when he knows, better than we, how poor our understanding of it must necessarily be? May it not be that even our poor conceptions of it, our limited understanding, are beneficial to us and pleasing to him. Where is the child at play who can fully appreciate the maternal solicitude of his watchful mother and the industriousness of his devoted father? Yet the little that the child’s mind can hold is enough to sustain at least a token of reciprocal affection. God is pleased with our tokens of love and adoration. The very confession of our inability even to encompass him is glory to his name.

His seat is on high! Isaiah saw him “sitting upon a throne, high and lifted up.” The Psalmist in the con text describes him as “high above all nations, and his glory above the heavens.” Think of tiny insects that flit out their existence in a single afternoon. Then think of the bright angels who stand near the consuming splendor of God’s throne. Who can calculate the distance, the difference. between these insects and these angels? Our minds go lame in the effort. But what is the difference between an insect and an angel when compared with the difference between the angel and the living God?

To put it in another light. Mere words of mortal tongue can exhaust the praises of the most excellent on earth. No man among the greatest has ever lived beyond the limits of human speech, for all are of dust and return to dust. It is not so in heaven. The praises round the throne of God come from legions of angels and from “a great multitude” of redeemed. For ages these songs have resounded and will so continue forever. And the subject of these adorations is ever the same: the King of kings, and the Lord of lords. Try to imagine what such songs in such a place and from such worshippers must be! Yet the highest elevations of heaven’s songs cannot set forth the full majesty of the Divine Being. His perfections outshine his praises. We bless only “the hidings” of his glory. Never can our pitch find the range of a complete unveiling of his splendor.

Great is the Lord and greatly to be praised, but his greatness is unsearchable.

O for a thousand tongues to sing My great Redeemer’s praise!

Even so, the half could not be told.

We cannot rise to him, for always he dwells on high. Jehovah is high above all nations, and his glory above the heavens. But he stoops to us. He humbleth himself to behold the things that are in heaven and in the earth. God beholds the inhabitants of heaven, the saints and the angels. He does not merely observe them. He is interested in them. He loves them and takes delight in them. Perhaps you wonder why this is called a humbling of God. You may say that it is obligatory that he should regard the things that are in heaven, since heaven’s inhabitants, being holy, necessarily elicit his attention. Has he not made them holy? Do they not partake of something that is essentially himself. In what sense, then, does he humble himself in having regard for them? True, they are like him. The great barrier of sin and corruption has been removed. Reconciliation is complete. Iniquities are remembered no more. But their creatureliness remains. Grace does not remove that. Grace cannot remove that. The elect inhabitants of heaven are creatures, holy creatures, to be sure, but creatures nevertheless. As such they fall forever short of all the perfections that are God’s. In comparison with us on earth they are exalted. When compared with God, they are so much nearer us.

Behold, he putteth no trust in his holy ones; Yea, the heavens are not clean in his sight. – Jon 15:15

Even the saintliest on earth must regard the things in heaven as remote. But in the light of God himself the things that are in heaven are unclean, and the seraphim cover their faces. God humbles himself even to turn his eyes towards them. No wonder the elders fall down before him and cast their crowns before the throne, saying,

Worthy art thou, our Lord and our God, to receive the glory and the honor and the power: for thou didst create all things, and because of thy will they are, and were created. – Revelation 4:10,11

He humbleth himself to behold the things that are in the earth. Everything is before his eyes. The lowliest and weakest of his creatures are never beyond his scrutiny. God is God over all. He is God of the grub as well as of Gabriel. Nothing exists apart from him.

We humans walk amid countless mercies. That we walk, that we live, is itself a mercy. Jeremiah states it so well: “It is of Jehovah’s lovingkindnesses that we are not consumed, because his compassions fail not. They are new every morning” (Lamentations 3:22, 23). He beholds the hairs of our heads. He has numbered them!

And who are we to whom he gives so much more than a passing glance? We are creatures who “bring our years to an end as a sigh.” Soon we are gone, “and we fly away” (Psalm 90:9, 10). We are sinful, guilty creatures, the prey of vile affections and debasing lusts, deserving hell and unable of ourselves to keep from going there. Yet, he beholds us! And beholding us in love, he redeems us. The God who hath his seat on high became man. The Word became flesh and dwelt among us. Emptying himself of his majesty, he took our meanness. He to whom all honor and glory rightfully belong subjected himself to contempt and reproach. The Holy One of Israel into whose presence iniquity never came lived among transgressors, indeed, was numbered with them. The Author of life is seen hanging in the sinner’s likeness on a cross.

O the depth of abasement to which the Son of God submitted! Behold the Lord over all stooping to bring peace to rebels in arms against him. As though his own blessedness were bound up in their salvation, he graciously counsels them: “Come now, and let us reason together: though your sins be as scarlet, they shall be as white as snow; though they be red like crimson, they shall be as wool” (Isaiah 1:18). Is not this amazing condescension? Can there be a greater exhibition of unmerited love than that which is seen when the King of Heaven follows his guilty people into every scene o[ vanity, striving with them, warring with I heir lusts, alarming their consciences, never leaving off his gracious quest until he has laid them as suppliant penitents at his feet, and then rejoicing over them as the shepherd who has found the long-lost sheep?

Well may we exclaim with the Psalmist: “Who is like unto Jehovah our God?”

And what is more, “He raiseth up the poor out of the dust, and lifteth up the needy from the dunghill; that he may set him with princes, even with the princes of his people” (vs. 7, 8). He puts us at his feet, but also at his side. From the lowest depths of sin and misery he lifts us to a name and a place in his kingdom. He embraces his, robes us, and feasts us. We sit down with Abraham, Isaac and Jacob in the kingdom of God.

What unspeakable grace is this! Who but God could reveal it?

O how I fear Thee, living God, with deepest, tenderest fears; And worship Thee with trembling hope and penitential tears.