For thine is the kingdom, and the power, and the glory, for ever, Amen. Although the English Revised Version (1881), the American Standard Version (1901), and the Revised Standard Version (1946) relegate this concluding doxology of the Lord’s Prayer to the footnotes, it has been in familiar use among Protestants since the Reformation, especially the Reformed. The Heidelberg Catechism ends with it, and so do the Larger and Shorter Catechisms of the Westminster Assembly. Indeed, so impressive are the lessons which this doxology teaches, and so fitting a climax does it form for the Prayer of prayers, that many scholars have proposed to retain it, no matter whether it be genuine or not.

Although the orthodox Christian may look upon this proposal with a certain sympathy, he cannot approve of it. He would rather sacrifice this precious doxology than retain it on these terms. For if it can be proved to be spurious, then it can have no place along the authentic portions of the Lord’s Prayer. If the body of the Lord’s Prayer truly proceeded from the lips of Christ, then no human conclusion, however, edifying, can be fittingly put to it. To give scriptural authority to human words is in the end to deprive the Scriptures of all real authority. But, on the other hand, if these familiar words of praise to God have been condemned on insufficient grounds, then the faithful believer is bound to stand by them and to defend them to the end against all those who would remove them from their place in holy Scripture. 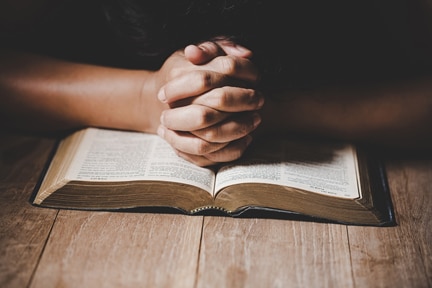 1. Is the Conclusion of the Lord’s Prayer a Jewish Formula?

For many years critics have maintained that the doxology for thine is the kingdom, and the power, and the glory, for ever, Amen is an ancient Jewish prayer-formula which the early Christians took up and used to provide a more fitting termination for the Lord’s Prayer, which originally had ended abruptly with but deliver us from evil. One of the latest scholars to write in this vein is Professor Wilhelm Michaelis of Bern. In his book Prophezei (1948) he says, “It (the doxology) is obviously modeled after Jewish prayer-formulas” (I Chron. 29:11). And Klostermann’s comment (1927) is similar. “It is a liturgical addition…created perhaps with reference to 1 Chronicles 29:11 or rather to old Jewish doxologies, like those customary on the Day of Atonement and (later) liturgically recited (in a whisper).”

This seems, however, a most improbable way to account for the conclusion of the Lord’s Prayer. For if the early Christians had felt the need of something which would provide a smoother ending to this familiar prayer, would they deliberately have selected for that purpose a Jewish prayer-formula in which the name of Jesus does not appear? Even a slight study of the New Testament reveals the difficulty of this hypothesis, for if there was one thing in which the early Christians were united it was in their emphasis on the name of Jesus. Converts were baptized in the name of Jesus Christ (Acts 2:38); miracles were performed in this name (Acts 4:10); by this name alone was salvation possible (Acts 4:12); early Christians were known as those who “called upon this name” (Acts 9’21). Paul received his apostleship “for the sake of his name” (Rom. 1:5) , and John wrote his Gospel in order that the readers “might have life through his name.” Is it probable, then, (is it at all possible?) that these primitive Christians, who on all other occasions were ever mindful 9f their Savior’s name, should have forgotten it so strangely when selecting a conclusion for a prayer which they regarded as having fallen from his lips? Can it be that they deliberately decided to end the Lord’s Prayer with a Jewish formula which makes no mention of Christ?

Moreover, a study of the conclusions of other early Christian prayers renders still more incredible the notion that the conclusion of the Lord’s Prayer is a Jewish formula. The earliest of these prayers is the supplication raised by the whole Church upon the occasion of the first arrest and persecution of the apostles. This prayer ended with the following words, “grant…that signs and wonders may be done through the name of thy holy child Jesus.” Another early prayer is that found in the First Epistle of Clement. Here the author makes his petition for the peace of the Corinthian Church and concludes with the following doxology: “We praise Thee through Jesus Christ, the high priest and guardian of our souls, through whom be glory and majesty to Thee, both now and for all generations and for ever and ever. Amen.” The prayer of the words, “I bless Thee, I glorify Thee through the everlasting and heavenly high Priest, Jesus Christ, thy beloved Child, through whom be glory to Thee with Him and the Holy Spirit, both now and for the ages that are to come, Amen.” Can it be, then, that those who were accustomed to conclude their prayers with such eloquent mention of the name of Christ would have chosen a conclusion for Christ’s own prayer which omitted his name entirely?

It is a fact, however, that the Lord’s Prayer concludes with a doxology in which the name of Christ is not mentioned. Can this surprising fact be explained? Not, we repeat, on the supposition that this conclusion is spurious. For if the early Christians had invented this doxology or had adopted it from contemporary non-Christian usage, they would surely have included in it or inserted into it their Savior’s name. There is only one explanation of the absence of that adorable name from the concluding doxology of the Lord’s Prayer, and this is that this doxology is not spurious but a genuine saving of Christ, uttered before he had revealed unto his disciples his deity, and so containing no mention of himself. At the time he gave this model prayer he deemed it sufficient to direct the praises of his followers toward the Father, knowing that as they grew in their comprehension of the mysteries of their faith their enlightened minds would prompt them so to adore him also. And the similarity of this doxology to I Chronicles 11:29 is quite understandable. Might not the words which David used in praise of God be fittingly adapted to the same purpose by One who knew himself to be the messianic Son of David?

2. The Liturgical Use of the Lord’s Prayer.

The concluding doxology is an integral part of the Lord’s Prayer. It is a genuine saying of Christ. Nevertheless, early in the history of the Church it began to be regarded with suspicion by some Christians. For this reason, no doubt, it is absent from most of the manuscripts of the Latin versions and from several ancient Greek manuscripts. And it may be also for this reason that some of the Fathers do not mention it when commenting on the Lord’s Prayer. But why did this doxology become thus the object of suspicion. For the reasons which we have just related, first, because in the worship services of the Church it was always separated from the preceding portions of the Lord’s Prayer, and, second, because in the Gospel of Luke another occasion is reported in which Christ gave his disciples this model prayer without a concluding doxology. These two circumstances combined to produce in some early Christians the mistaken notion that the conclusion of the Lord’s Prayer was a man-made response and not a part of the original prayer as it fell from the lips of Christ.

Thus the absence of the conclusion of the Lord’s Prayer from certain early witnesses can be explained naturally and historically by reference to the liturgies of the Church.