To the angle of the church in Ephesus write: These things saith he that holdeth the seven stars in his right hand, he that walketh in the midst of the seven golden candlesticks: I know thy works, and thy toil and patience, and that thou canst not bear evil men; and didst try them that call themselves apostles, and they are not, and didst find them false; and thou hast patience and didst bear for my name’s sake, and hast not grown weary. But I have this against thee, that thou didst leave thy first love. Remember therefore whence thou art fallen, and repent and do the first works; or else I come to thee, and will move thy candlestick out of its place, except thou repent. But this thou hast, that thou hatest the works of the Nicolaitans, which I also hate. He that hath an ear, let him hear what the Spirit saith to the churches. To him that overcometh, to him will I give to eat of the tree of life, which is in the Paradise of God. Revelation 2:1–7, American Standard Version 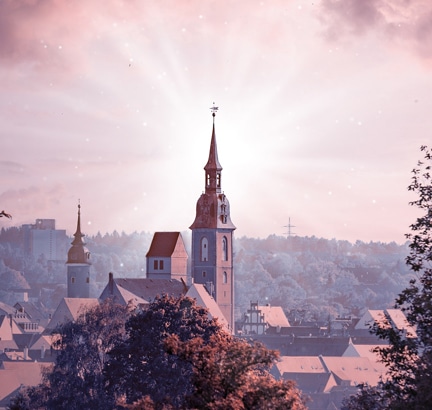 With a flourish of ministerial enthusiasm, a new series of sermons was announced by the local pastor. The material? The letters to the seven churches of Asia Minor as recorded in Revelation 2, 3. The reaction of the congregation? Some favorable, many dubious. “These letters—must every minister preach a series on them?—are so monotonous,” said one. “The same general structure prevails throughout the entire set: first there is the sell-designation of the speaker, then a description of the conditions existing in the particular church addressed followed by a word of encouragement or reproof, and finally, a promise to all who overcome. If you have studied one of these letters carefully, you know them all.”

Truth is, however, that these letters are not exactly identical, even though they have similarities in structure. They are addressed to distinctly different churches, each with its own peculiar circumstances. This uniqueness of the individual letters is reflected in the particular way in which Christ describes himself in the very beginning of each letter. These self-designations are not accidental, but essential to the manifestation in the letters of a certain virtue or shortcoming of the Asia Minor churches of John’s day. A remarkable correspondence is to be noted between the way in which Christ describes himself and the promise which concludes each letter.

This is a time in which we would add our voice to the many which are calling to the church to be and remain church by directing your attention to the letters John was ordered to deliver to the Asia Minor congregations. The first of these is to Ephesus. In it Christ introduces himself as the One who “holds the seven stars in his right hand,” who “walks in the midst of the seven golden candlesticks.” Please note that figure is in both instances taken from the idea of light-bearing—the stars, and the candlesticks. We hope to remain consistent with this figure.

In Revelation 1:12–20 (the immediate context of the passage we are considering) we find a vision of the ascended, glorified Christ. John sees Jesus there in the glory of heavenly light. The Savior’s head and hair are white—white as wool and snow. His eyes are as flames of fire, his feet as shining copper. In his right hand are seven stars.

The effect of this brilliant light was blinding. John falls to the earth as though dead. Jesus Christ, the Light of the World, is too much for him.

The revelation of the brilliant Christ is found also in the letter of Ephesus. This is possible because our Lord is never to be separated from his church, the body of Christ. The church of necessity is also a light-bearing body. True, Revelation 1 speaks of the seven stars as “the angels of the seven churches,” that is, messengers, office-bearers through whom light was to shine in this dark world. But precisely at this point we feel the first stab of the sword of the Spirit—the privilege and calling of light-bearing is not the lot of only a few. The entire church, every believer is to shine as light in the darkness of our time. For the congregations are represented by the candlesticks, and they must shine or else forfeit the blessed presence of Christ.

Now Ephesus was indeed a dark city. It was the chief city of Asia Minor by virtue of an advantageous location and its size. Business and commerce were prominent in Ephesus, but culture and religion were no less an outstanding feature there. Spiritually Ephesus was a place of terrible darkness, as is evident from the fact that emperor worship and the temple of Diana were prevalent.

Emperor worship originated in connection with the peace and prosperity which had come about through the Caesars. Desiring to show their appreciation, the people deified the Roman ruler. Caesar became a anti-christ. Thus the authority of the state ordained by God exalted itself to the place of him whose servant it was supposed to be. Thus it became an instrument of Satan.

The worship of Diana also indicates the darkness which hovered over Ephesus. Diana’s image was supposedly fallen from the heavens as a meteoric fragment. Duplicates of this image were sold by such as Demetrius, the Ephesian silversmith of whom we read in the Acts. Unbridled lust and unrestrained sexual sin took place in connection with tile worship of this goddess, considered to be the heavenly(?) representative of the motherly and the reproductive. The daughters of Ephesus were expected to give themselves in worshipful sexual activity. Now we can easily see why the people were so easily aroused to fury by the cries of Demetrius and his business associates! Add together the things which accompanied the worship of Caesar and Diana and you come to something of an indication of the darkness of this Asia Minor city.

In this city Jesus establishes a church! And a good church it was, as its consistory and membership radiated the light of law and gospel It does not out of compromising laziness drift along with the worship of Caesar. As far as Diana is concerned, it testifies that its Bridegroom is the Lord Jesus. In faithfulness it persisted in good works. Its new light of true life in Christ, the One who holds the seven stars in his right hand, caused it to make a real break with the world. Read the letter again and notice the tilings which the Lord acknowledges that as commendable features of the Ephesian church.

Of course, conflict arose in Ephesus. Conflict from without because its spiritual courage and vigor initiated an offensive which it launched against the foe. Although the state out of hatred maligned them as revolutionaries for their refusal to worship the emperor, although the community charged them with conduct inimical to the prosperity of the city for their rejection of Diana worship, they did not attempt to explain away the reality of Ephesus’ darkness and flee for shelter in the tents of sin. No, they remained loyal to Christ, their light. And, conflict from within. From the Nicolaitans, the false apostles, perhaps Gnostics with their nature—grace dualism. In the light of the Word the Ephesian believers had learned that all of the world was to be sanctified in Christ, but these apostles of darkness proclaimed that nature and grace were really separate. And so a Christian might argue that he is not obliged to obey Gods law in the sphere of the natural, since he is to live out of God’s grace. Marriage was not a divine ordinance, since it involves the natural; adultery in the service of Diana is really quite permissible in its own area. Thus they preached the doctrine of compromise the soul for Christ, the body for Diana; Sunday for God, the week for Caesar. Christ, said they, does not demand a radical consecration of the entire man to himself.

Notice, however, that even in Ephesus the church remained church! She manifested herself as light in the Lord. The members tested the spirits in their time, they exposed the darkness even within the church and eradicated it. For that, and that only, Jesus Christ praises them.

And yet there was something within the church at Ephesus which darkened her future. In spite of a noteworthy faithfulness, the church at Ephesus was threatened with death because she had left her first-love. Often this has been interpreted to mean that the congregation did not possess a genuine, inward love. But the sacrifices which they had made and the subsequent praise from our Lord makes this difficult to accept. Hypocrisy never warrants praise from the Lord in his Word.

It is my conviction that they are correct who say that this passage refers to the love of the brethren for each other within the congregation. In the tension of their struggle for the faith in Ephesus the communion of the saints had broken down. Brotherly love was being forgotten. And so the One who holds the seven stars in his right hand counsels the Ephesian church to do something about this. Please note: not just to talk about love, to philosophize about it, and perhaps to do so with the desire to show that “the other fellow is, after all, so hateful and spiteful.” No, the Lord urges them to do works of love, lest he take the candlestick, the Word of God, out of their midst. As Reformed brethren we, too, ought to be warned by this, lest we should perish in darkness!

Finally, Jesus Christ, the light-bearer, who holds (figure of sovereign control) the stars in his right hand, declares: If you overcome in the way of faithfulness, even in your inner relations of brother to brother, then I will give you the light and life of the Paradise of God!

“He that hath an ear to hear, let him hear what the Spirit saith unto the churches.” Consistories and congregations, there is encouragement here only for the faithful. If we continue our easy-going ways, our tendency to loosen the lines which hold us fast in the Word, if we are unwilling to break with the world, if we no more war against sin within and without the church, if we, be it ever so profoundly, merely talk about love but are unwilling to perform works of love, we can receive no comfort here.

No, the candlestick will then be removed from us, and we shall die in darkness, we and our children. Only if we are faithful to our caring as Christians in the world, as light in the midst of darkness, are we secure from the attacks of the enemy, even the Beast himself! For Christ holds the seven stars in his hand, Christ maintains the candlesticks in their place, and by his power the faithful shall escape death to live in his blessed light forever!