Many may recall the Christian Social Conference which was held in November, 1952, in Holland. This conference, organized by Protestant Christians of different denominations—by employers, farmers, and workers through their organizations–is unique in that it dealt with actual social problems from the Christian point of view.

The president of this three-day conference, Prof. W.F. deGaay, was right when he stated in his opening address that with the exception of the Dutch Bible Society there has never been a conference in Holland with such a broad basis of Christian cooperation as this one. Nearly three years had been devoted to the bringing of the different groups together. Untiring and unyielding patience had to be applied in numerous group meetings in order to reach the goal.

Everyone who knows anything of the theological differences in that small country cannot fail to marvel at the possibility of bringing these various groups together!

The leaders of the large, old Reformed Church (Hervormd) of the Netherlands, the leaders of the smaller denominations which in a history of more than 100 years have split off from that old church, plus the most prominent men of other churches or groups: Lutherans, Remonstrants, Baptists, Salvation Army—all of them were found prepared, after many and difficult discussions, to participate in a conference which would undertake as its aim the study from the Christian point of view of those social problems which are shaking the world’s peace and well-being today.

The Nature of the Conference

It may be that the Communist threat felt so keenly in Europe and Asia has compelled these different and oft-times bitter opponents to seek or accept such cooperation and forget for a while their controversy theological points. This is not to imply that this was a conference of theologians only. Far from it! The president of the conference was a professor of law at the Free University, Amsterdam. Included among the lecturers and the more than six hundred (600) men and women who took part in the conference were managers of large companies, leaders of labor unions, social workers, etc. 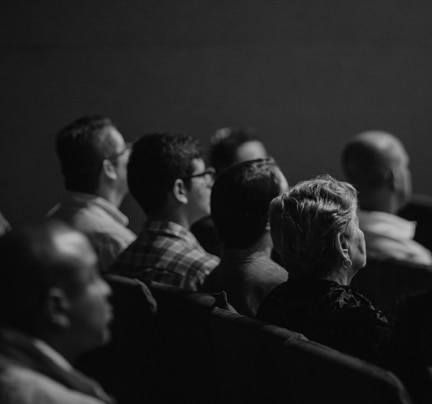 In order to give some idea of the wide range of the program of the conference we would mention that a housewife delivered a lecture entitled: “The Function of the Family.”

The Conference was split up in to three sections according to the following thematic pattern:

Section 1: “The Message Of the Bible for Social Life”

Section III: “The Organization of Society”

In each section a number of lectures were given, followed by free discussion. In section in as many as eight lectures were given, each one reflecting one of the aspects of the problem under discussion. Each section adopted a resolution in which the points of harmony were listed. and those on which there was still difference of opinion were summarized.

The conference, however, did not wish to recognize these disagreements as inevitable and insurmountable. Before the resolutions cited above were put to the vote a Illation was unanimously adopted, reading as follows:

The Christian Social Conference of 1952 states gratefully that it has been possible to discuss the various subjects before it in a Christian spirit and to arrive at common conclusions on a number of points. On the other hand, it realizes that on other points profound differences of opinion have Lo be recorded. The conference declares unanimously that it hopes to continue the discussion which has now been opened. It therefore requests the Council of Christian Social Organizations (this refers to a council of the organizations of Christian Employers, Christian farmers, Christian Shopkeepers and Retail Traders, and Christian Labor which meets monthly, and from which the initiative for this conference emanated, F.) to take measures so as to make the continuation of this discussion an actuality, for example, creating study groups for special subjects.

It also urges said Council to consider the problem of how the realization of the measures recommended in the conference conclusions can be promoted. The conference would be appreciative if the Council would consult with the Executive Committee of the conference on this matter.

The adoption o[ this motion guarantees that this conference will not be the last word as far as the integration of Christian social action in Holland is concerned. Thus those who had been divided in regard to church denomination, political party. philosophy, etc. and had fought each other for so many years had now acted unitedly under Jesus Christ, our Lord and Savior.

The conference was opened by a service in one of the old Protestant churches of Utrecht (L’Eglise Wallone) at which a hymn reflecting the words of Psalm 72 was sung: “His Name shall endure for ever, his Name shall be continued as long as the sun.” Following this singing the congregation joined in the confession of the Nicene creed. The sermon was based on Matthew 6:10, “Thy Kingdom Come.” It was delivered by the Rev. Mr. Visscher, secretary of the conference. The conference was closed by the president as he read John 15 from the New Testament and the conference sang the versification of Psalm 121:

“I will lift lip mine eyes unto the hills from whence cometh my help.” Will it ever be possible to hold a similar Christian social conference on this continent?