“But if any one suffers as a Christian, let him not feel ashamed, but in that name let him glorify God.” I Peter 4:16

In Exodus 30, God gives very careful instruction on how to make the anointing oil. This was the oil that was used to anoint the priests and kings of Israel before they were to assume their respective offices. After giving these careful instructs, God adds the following warning: “Whoever shall mix any like it, or whoever puts any on a layman, shall be cut off from his people” (Exodus 30:33). Israel was clearly taught that the anointing with holy oil was something higher, something more significant than the clothes the priest wore or the costly jewelry and gold of the king. The anointing with oil had a two-fold purpose. It signified that the person had been chosen, set apart and appointed by God to fill a certain office. It also signified that the Holy Spirit of God had entered that person to enable him to perform the task and duties of his office. It was in this two-fold sense that our Lord and Savior, Jesus Christ, was anointed by God. As we saw in the past few months when we looked at Question and Answer 31 of the Heidelberg Catechism, Jesus is called “the Christ” because “He has been ordained by God the Father and has been anointed with the Holy Spirit.” Jesus was chosen by God for His work accomplished for us through His perfect obedience and His death on Calvary’s cross. He was and is our Prophet, Priest, and King. If the Anointed One is your Savior and Lord, and you have confessed Him as such, you have the blessed privilege of being called a “Christian.” Historically, the name “Christian” was a derogatory name first used by the pagan world to describe a new group of people who were followers of Jesus of Nazareth, whom they claimed was the Christ.

The writers of the catechism were not interested in this historical aspect of the term “Christian” when defining the term for us. Instead, they taught that Christians are by faith members of Jesus Christ and therefore share in His anointing. This definition deals with the personal relationship that the Christian has with Jesus the Christ and how that relationship is lived. Sinners we were, but now we have been born again by the Holy Spirit. We have been renewed to be children of God. 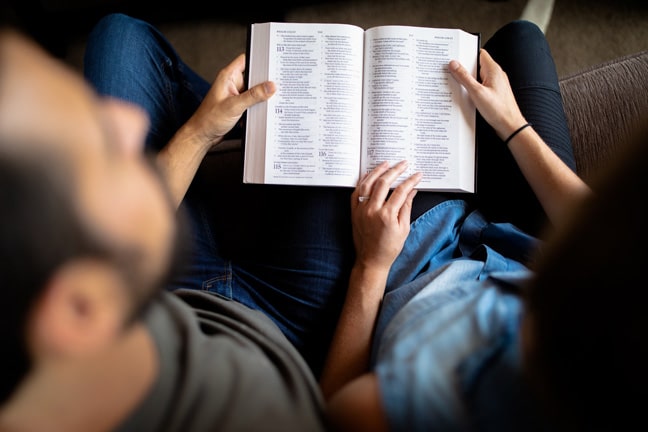 What a significant name we have been given: “Christian”. Do you understand what that name means? Many people claim to be Christians and see it to mean that they are not heathens or unbelievers. The name means so much more than that! It means we are members of Christ and that we share in His anointing.

The Anointed of the Church

They are not the only offices. There is also the office of believer. All believers are people who have a mission to accomplish. We are not only clerks, carpenters, or computer programmers. Everyone who bears the name “Christian” is an office-bearer in the Church of Christ. We belong to Christ. As such, we have been anointed by Christ to serve Him as prophets, priests, and kings.

Anointed to Be Prophets

As prophets, we must confess the name of Jesus Christ. As prophet is one who represents God to the people. We are, therefore, anointed to be witnesses of God to all people. Peter wrote: “If you speak, you should speak as one speaking the very words of God” (I Peter 4:11).

In everything that we do, the world, as well as the church, must know that we are not our own but belong to our faithful Savior Jesus Christ. We cannot hide the way that we feel about the One who has saved us with His own precious blood. We are to confess His name where ever God has placed us.

We need not be highly talented or greatly gifted in order to speak His name. No, the Holy Spirit will amplify even the weakest voice when it speaks words of witness and praise to God.

In everything that we do, we must give evidence of this anointing that we have received. Jesus said in Matthew 10:32, 33: “Everyone who confesses Me before men, I will confess him before My Father who is in heaven. But whoever shall deny Me before men, him will I deny before My Father who is in heaven.” Solemn words which serve to remind us of our calling to be prophets in a land where people are hungering to hear the truth.

Anointed to Be Priests

Because of our anointing, we are also called to be priests of Christ in order to “present ourselves to Him as a living sacrifice of thanks.” Peter wrote that we are ordained to “be a holy priesthood to offer up spiritual sacrifices acceptable to God through Jesus Christ” (I Peter 2:4,5).

Our spiritual sacrifices are brought before God directly and indirectly. When we attend a worship service we offer up our praise to God in a direct way. We also present our offerings to God indirectly with deeds of mercy performed in His name. The author of Hebrews wrote: “Through Him, let us offer up a sacrifice of praise to God continually, that is, the fruit of our lips which make confession to His Name. Do not forget to do good and to communicate, for with such sacrifices God is well pleased” (Hebrews 13:15,16).

Paul writes in Romans 6: “Present yourself to God…” All that we are, all that we have, and all that we do must be a continual sacrifice of love and praise to our God for the gift of salvation He has provided to us through His Son. Whether we are rich or poor, gifted or not gifted, we must lay ourselves upon the altar of God never forgetting that Christ sacrificed Himself for us.

Anointed to Be Kings

As the redeemed of God, we are also anointed as kings. We have been delivered from the power of sin by Jesus Christ, freed from the tyranny of the devil. As followers of the Prince of Peace we engage in spiritual warfare. Those within the church militant must fight the good fight of faith, putting on the whole armor of God, defending the Gospel of Jesus Christ.

Today, as in Paul’s time, there is an evil army around us whose leader is the Prince of Darkness. We are not to make any alliance with this evil doer. Dressed in the armor of God, we rely on the strength of our King who leads us in the battle. Through Him, we fight against sin in all its forms.

That is the Christian’s calling —to be holy even as the God whom we serve is holy. Our lifestyle has to give evidence of the holy zeal we have for the honor of the Lord.

At the end of the battle there will be a great victory. Those who followed faithfully to the end will hear the King of kings say, “Come blessed of My Father, inherit the kingdom prepared for you.” The robes of royalty and the crown of glory which were lost because of sin will be restored to us because of Christ.

If you believe in Jesus as your anointed Savior, let the words of your mouth and the deeds of your life give answer to the question, “Why are you called a Christian?” Let you answer be because you confess His name; you present yourself as a living sacrifice to Christ; and you are fighting against sin.