“The priest shall make atonement for him in regard to his sin which he has committed, and he shall be forgiven.” Leviticus 4:35b

For five hundred years the children of Israel had lived in Egypt as strangers in a strange land. During that time their numbers had greatly increased. A new Pharaoh had ascended the throne who did not know Joseph. He did not know how much the Egyptians owed to the strangers who lived in Goshen. Instead, he feared that their numbers were so great that they might ally themselves with his enemies and destroy him. The more he thought about this, the more he became determined to eliminate the undesirable aliens in his land. He did not succeed. Instead, the people of Israel were released from their bondage by the mighty hand of God.

A Tabernacle of Instruction

The Israelites were released into the desert on their way to the Promised Land. On their way, the Lord chose to reveal Himself to His people. That revelation had to be a progressive revelation. They were spiritual infants. Israel had not passed through Egypt unscathed. They had learned much; they needed to unlearn even more.

At this point, they were in the kindergarten stage. They did not learn quickly but their Leader was very patient with them. He gave them object lessons throughout their journey in the desert. He taught them through pictures. The tabernacle, with all its furniture and sacrifices was such a picture. It showed them sin and its dire consequences.

It also showed them that a way of reconciliation between a holy God and His sinful people was being prepared for them. Jesus Christ is that way. The tabernacle—its outer court, Holy Place, Holy of Holies, and all the furniture in them—pointed the Israelites to Jesus Christ.

In the outer court stood a bronze altar. There the prodigal could find his way back to the Father’s house. It was the place where lost sinners became obedient cleansed children of God. In this court they were covered with the precious blood of the spotless lamb. 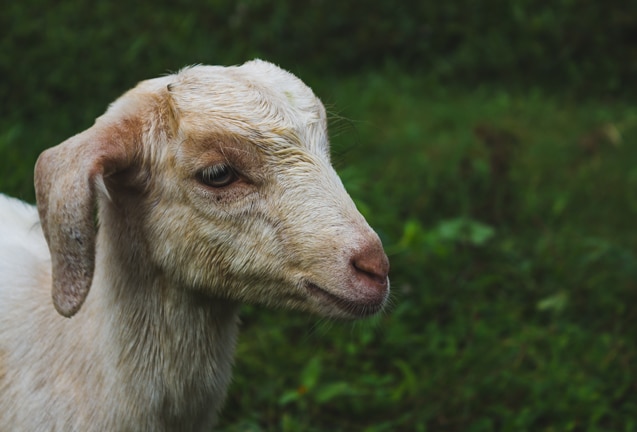 The outer court of the tabernacle was first grade in the Father’s school. With grateful hearts the little ones learned to spell the word “RECONCILIATION.” None could come to God who had not first passed through the court and stood before the bronze altar.

The bronze altar would at once draw the attention of any worshipper who entered through the gate. It was right there. You entered the gate and there was the bronze altar. The position of the altar was meant to teach all who entered the tabernacle that man’s first need is to have his sins and impurities purged away. Until that is done one cannot presume to worship God or enter into His presence.

Adonijah at the Altar

Very early in the first book of Kings it is recorded that David was well advanced in years, even near death. Who would be king after him? Absalom, the oldest son, was already dead. David had chosen Solomon to follow him as king. Adonijah, the second oldest son, went directly against the wishes of his father. He gathered some people around him, went to the priests for the necessary sacrifices, and declared himself to be the once and future king. Upon hearing the news, David appointed Nathan the prophet and Zadok the priest to anoint Solomon immediately as King over Israel. He would be the one who would receive the blessings from God.

When the news came to Adonijah, he was filled with fear. What should he do? Would Solomon with all of David’s armies and the blessing of the great Jehovah do to him as had been done to others who threatened the throne? Would his fate be like that of Absalom? Should he hide in a cave? Should he flee the country? In I Kings 1:50 we read “And Adonijah was afraid of Solomon, and he arose, went and took hold of the horns of the altar.” Adonijah fled for protection to the tabernacle and, in particular, to the corners of the bronze altar. Clasping the horns of the altar he would be safe from his brother’s wrath. Solomon, upon hearing that Adonijah was in the tabernacle holding onto the horns of the bronze altar allowed him to return to his own house.

Death had already been there. The sword of justice had already done its work. It was the blood—and the blood only—that gave the horns of the altar its protective power. It released Adonijah of the guilt of trying to take over the throne for at least as long as he did not try it again. It released him, not because he was innocent, but because he knew he was guilty. He had confessed his guilt by grabbing the horns of the altar. What Adonijah was seeking was not justice, but mercy. When Solomon heard the news, he gave to Adonijah not only his life, but also his property, thereby establishing the throne as one of mercy rather than combat.

All the sacrifices of the people of Israel were brought to the bronze altar. The Bible tells us that without the shedding of blood there can be no remission of sin. In Leviticus 4, different sin offerings were commanded to be offered depending on who the offender was—the priest, the congregation, a leader, or the common person. Each was to bring an animal without blemish for sacrifice—a bull, a goat, or a lamb. Whether the sin was intentional or unintentional, the offender had to bring the sin offering to the bronze altar. The one bringing the sacrifice would have to press his hand hard upon the sacrifice as it was being slaughtered. The priest would take the blood of the sacrifice and put it with his finger on the horns of the altar. The fat of the animal would be burned on the altar. The rest of the animal would then be carried out of the entire camp and burnt to ashes. Those ashes would then be poured out to be blown away by the wind.

Leviticus makes very clear that the sinner himself had to come with the sin-offering. No servant, no friend, no parent, no child could go in the sinner’s place. No matter who you were; king, prophet, priest, or the common person; the sinner had to come. The transaction that was to take place on the altar was between the sinner and the holy God.

The tie-in there is obvious, isn’t it? You yourself must confess your sin before God. No one else can do it for you. If you want to come into the presence of the Most Holy God you have to acknowledge your sin and come to the altar that God has prepared.

In addition, once the sacrifice was laid on the altar, the person had to press hard his hand upon that sacrifice even as the priest thrust his knife into it. Sounds a bit gory, doesn’t it? It points out to us how absolutely gory our sin is! Lay your hand upon the Lamb, press hard, lean hard into it even as it is being killed and know for a fact that the wages of sin is death. The symbolism that the Lord brought into the sacrifice is obvious. As you picture the sin of the sinner being transferred to the animal upon the altar remember, these words of Isaiah 53:6: “The Lord has laid on Him the iniquity of us all.”

No longer is it the Roman soldiers who crucified Jesus. We killed Him! We pierced His hands and His feet. Our sin brought Jesus to the cross. Press your hand and your heart hard against that sacrifice upon the cross. As you lay your hand upon Him as He dies, know that your sins were transferred to Him. His death, in all its gory detail, was for you.

Four times in Leviticus 4 we read the words, “and he shall be forgiven.” Even as the sin of the guilty one was transferred to the innocent lamb, the blamelessness of that spotless lamb was transferred to the repentant sinner. Behold, the Lamb of God that takes away the sin of the world. God, according to the riches of His grace, not only transfers our sin to the One dying upon the cross, but He imputes the righteousness of the sinless Christ to us.

The Rest of the Animal

With all the pomp, ritual, and smoke rising up always from the fire on bronze altar, not all of animal was to be burnt on the altar. Half the animal, if not more, was brought outside the camp and was burned there until it was consumed.

We read in the New Testament: “And they took Jesus and led Him away. And He, bearing His cross, went forward into the place called the place of the skull, which in Hebrew is called Golgotha” (John 19:16, 17). The author of Hebrews ties this verse from John with the events that surrounded the bronze altar: “Wherefore Jesus also, that He might sanctify the people with His own blood, suffered without the gate” (Hebrews 13:12). In other words, Jesus suffered and died outside the city.

The entire sacrifice upon the brazen altar—the whole event from beginning to end—is a picture of Christ. It is no wonder that great scholar of the Old Testament, the apostle Paul, cries out his greatest desire is “That I may know Him!” (Philippians 3:10).

What about those ashes? The whole offering was burnt to ashes. The ashes from the sacrifice must correlate with the Christ who is our sacrifice. Do they represent how my sin is completely destroyed before God? As the winds blew away the ashes, so my sins are blown away out of God’s sight as far as the east is from the west?

One could certainly read that into the passage, but the passage really says so much more! In everything else there is a correlation between the sacrifice on the altar and Jesus Christ, but there is no correlation between the ashes and the Christ. The animals sacrificed upon the altar were completely destroyed. There was nothing left of them. That is why the sacrifice had to be done again and again. They were not enough. “For it is impossible for the blood of bulls and goats to take away sins” (Hebrews 10:4).

The greatest victory ever won was when Jesus was nailed to the cross as our sacrifice and He cried out with a loud voice: “It is finished.” Yes, He suffered. Yes, He died. But on the third day He rose again. Jesus is the victor. That why the Book of Hebrews continually uses the phrase “Christ is the once for all sacrifice for our sins.” We do not have to go to the bronze altar time and time again. We need but come to Christ. He is the sacrifice that the Holy God received and accepted as the complete sin offering for our sin. “God made Him who knew no sin, to be sin for us, so that in Him we might be the righteousness of God” (II Corinthians 5:21).