While calm and reasoned dialogue is always the preferred mode of debate, some on both sides have a tendency to throw out unsubstantiated, even incorrect claims in their efforts to discredit the others’ side.

One such claim being made by certain sectors of the Islamic community is that the Bible is a collection of distortions and that “Christians do not possess any authentic records or acceptable arguments for the authenticity of the books of either the Old Testament or the New Testament.” This view is currently being expressed openly by Muslim speakers at a range of venues. As Christians we need to know how to respond to such claims. We may not all be involved in active polemic, but certainly anyone trying to talk with Muslims about the Christian faith will be better equipped for the task if they can respond calmly and authoritatively to attacks on the authenticity and accuracy of the Bible. 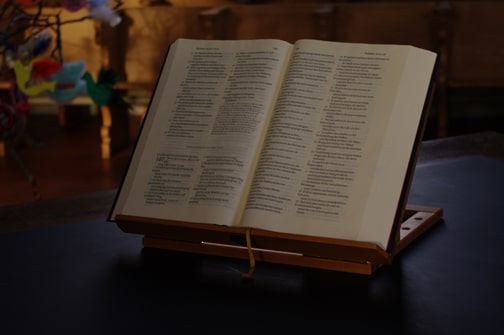 I recently joined a small group of people on a “tour of biblical evidence” in the British Museum. Our guide was Mr. Jay Smith, an American Islamicist currently researching the sources of Islam for a PhD. at the London Bible College. Jay showed us around the Assyrian, Ancient Palestinian, Babylonian, and Ancient Iranian rooms to see a variety of archaeological treasures stone stele (ancient stone monoliths which record contemporary royal history), stone and clay tablet records, wall reliefs and coins. These artifacts constitute an incredible {{proof” as to the accuracy of the historical references in the Old Testament. Names previously disputed as being mistakes or pure Old Testament myth appear clearly in the midst of official court records. For example, the Black Obelisk of Shalmaneser 111 (841 BC) portrays and names Jehu, the king written about in 2 Kings 9 and 11, bringing tribute to the Assyrian ruler. The annals of another Assyrian king, Tiglath Pileser III (otherwise known as Pul), provide evidence that he did indeed exist and that he invaded Israel just as chronicled in 2 Kings 15:19–20.

Perhaps the most exciting of all is the Babylonian cylinder inscriptions of Nabonidus (thought to be the last king of Babylon) which commemorates the reconstruction of a ziggurat at Ur by Nabonidus and records a prayer to Belshazzar (Daniels) his son “the firstborn son, the offspring of my heart.” Thus two birds are killed with one stone/cylinder: not only does this prove that Belshazzar was indeed a member of the Babylonian royal family, which had long been disputed, but it also explains why ruler -Nabonidus and Belshazzar more or less acting as co-regents. As well as providing the proof of existence of people mentioned in the Old Testament, “unlikely” or unattested events narrated there are supported by the archaeological finds on display at the British Museum. Not the least of these is the Cyrus Cylinder. This clay, barrel-shaped cuneiform record tells how the politically sophisticated Persian emperor Cyrus released captive peoples and declared religious liberty, thus confirming the words of Ezra.

But what of Muslim claims that the Qur’an is more authentic and accurate than the Christian gospel accounts? Muslims claim that the manuscript housed in the Topkapi Museum in Istanbul is one of the oldest extant sources, dating around 650 AD (i.e. within 20 years of Muhammad’s death). It employs the Kufic script. However, a walk along to Room 68 of the British Museum (the ancient coin displays) casts doubt on the accuracy of that. The first coins using the Kufic script date from the mid-to end-8th century, implying that this script was not current until some 100–150 years after Muhammad’s death in 632 AD.

Questions for the Qur’an

Just as questions are asked of the accuracy of Biblical sources, so, one must really demand no less of the Qur’an. According to Jay Smith, recent studies suggest that the Topkapi manuscript, whatever its exact dating, differs in Significant respects from the Qur’an in current use, so that rather begs the question: “Where is the original manuscript that the Qur’an has been taken from?” The onus is on Islam to find evidence to support its claims, rather than trying to discredit the Bible with statements that the British Museum, among others, can all too easily refute.

As a postscript, a 15-minute walk away from the British Museum is the British Library. On public display there in the John Ritblat Gallery are the Codex Sinaiticus, the mid-4th century manuscript of the whole of the New Testament and some of the Old, the Codex Alexandrinus which contains the whole Bible and the second-century Unknown Gospel. These match almost exactly the versions we have today and are evidence of careful copying in the handing down process and not oral transmissions. There is also a late 8th century Arabic Qur’an written in the al-ma’il script, one of the oldest Qur’an codices in the world and a Kufic version from the 9th century, neither of which correspond precisely to today’s Qur’an, which Muslims claim is an exact copy of the text received by Muhammad.

Lisbet Diers is a member of the Centre for Islamic Studies and Muslim/Christian Relations in London Bible College.