Moby Dick by Herman Melville is probably the greatest novel ever written by an American. On the surface it is a great story of men battling the sea in the pursuit of a particular whale. Beneath the surface it is the story of human relationships and obsessions and of the enigma of our existence. It is a novel that abounds in Biblical names and allusions, but that has a profoundly unBiblical world-view.

The story is narrated by one who identifies himself in the first sentence of the novel: “Call me Ishmael.” Students of the Bible know that Ishmael is the wanderer, the dispossessed, the reprobate. Melville’s Ishmael is the observer of the many hypocrisies and inconsistencies of the Christian world. 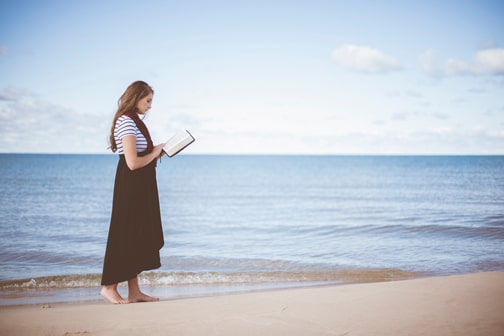 Early in the novel Ishmael makes friends with a harpooner named Queequeg. Queequeg is a native of the South Seas and a pagan. He carries a little wooden idol with him—an idol that he worships daily.

As the friendship between Ishmael and Queequeg grows, Queequeg comes to the point where he invites Ishmael to worship his idol with him. The response of Ishmael is fascinating and has an amazingly contemporary sound to it. Although the novel was published in 1851, the corrosive forces of universalism and relativism had already begun to undermine the exclusive claims of Christianity. Listen with care to the way in which Ishmael reasons theologically about Queequeg’s invitation to idolatry:

“I was a good Christian; born and bred in the bosom of the infallible Presbyterian Church. How then could I unite with this wild idolator in worshiping his piece of wood? But what is worship? thought I. Do you suppose now, Ishmael, that the magnanimous God of heaven and earth—pagans and all included—can possibly be jealous of an insignificant bit of black wood? Impossible! But what is worship?—to do the will of God—that is worship. And what is the will of God?—to do to my fellow man what I would have my fellow man do to me—that is the will of God. Now, Queequeg is my fellow man. And what do I wish that this Queequeg would do to me? Why, unite with me in my particular Presbyterian form of worship. Consequently, I must then unite with him in his; ergo, I must turn idolator. So I kindled the shavings; helped prop up the innocent little idol; offered him burnt biscuit with Queequeg; salaamed before him twice or thrice; kissed his nose; and that done, we undressed and went to bed, at peace with our own consciences and all the world” (Moby Dick, ch. 10).

The line of theological reasoning presented by lshmael is obviously and disastrously wrong. One of the clearest themes of the Bible is that the Lord is jealous of His worship and hates idolatry in every form. Yet the argument of lshmael on the surface seems to make sense. What is wrong with his reasoning?

This question is important because the kind of reasoning done by Ishmael seems increasingly characteristic of the contemporary church scene. Most, if not all, arguments in favor of the ordination of women or in favor of certain homosexual relationships or in defense of experimentation in worship follow a pattern already set by Ishmael.

The next element in this false reasoning is to make that principle universal in its scope and apply it inappropriately: in the case of Ishmael it is the application that since he wants Queequeg to worship with him, he must worship with Queequeg. (The parallel with the ordination of women is that women must use their gifts in the ordained offices of the church.)

The final element in this reasoning process is to ignore all of the particulars of the Biblical revelation that might contradict the principle that has been universalized. In the case of Ishmael that means ignoring all of the Biblical injunctions against idolatry. (In the case of the ordination of women it means functionally ignoring Genesis 2, I Corinthians 11 and 14, I Timothy 2, and other passages.)

Ishmael clearly thinks that his argument and conclusion are Biblical He is a “good Christian”—even a Reformed one! He has consulted the Bible and found a principle in the Bible which he is using. But he has missed the whole point of the Bible in the matter of idolatry. He has missed the character of Biblical religion. His interpretation of the Bible is decidedly “fishy.”

How important was Ishmael’s mistake? After all he was sincere, wasn’t he? Was his idolatry really serious? Isn’t our God, who is great and good, likely to overlook a few physical gestures before a little block of wood? Idolatry is not a salvation issue surely. King Uzziah was guilty of idolatry, but was saved, right?

The importance of the issue is not whether one can reason or act in a certain way and still squeak into heaven. The issue really is one’s relationship with God and His Word. Ishmael clearly did not really understand or love God’s Word. He was more motivated by his desire for friendship with Queequeg than by his love for God. He did not search the Scriptures with an obedient heart longing to know the Scriptures in their fullness and to submit to them. Ishmael would agree with this observation about Captain Bildad: “…very probably he had long since come to the sage and sensible conclusion that a man’s religion is one thing, and this practical world quite another” (Moby Dick, ch. 16).

Ishmael seems to have many descendants in our time. But Ishmael’s convictions are tragically wrong and dangerous. True religion must embrace the hard work of studying the Bible in its fullness and following its teaching—even at the price of friendship with the world.

Dr. Godfrey, a con tributing editor of The Outlook, is President of Westminster Seminary in Escondido, CA.