The book of Genesis has been the object of many attacks. We are to consider in this article one of the strongest attacks that has been launched against this book of Scripture. It is one which would take from the work its entire trustworthiness, in that it denies or seeks to deny the historicity of the events related in Genesis. 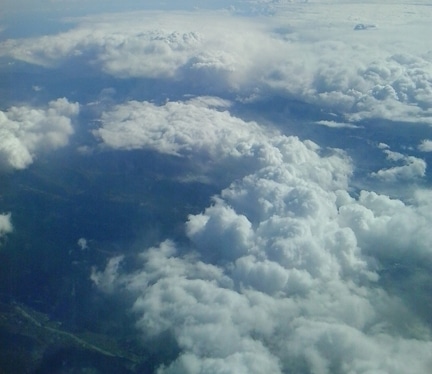 It is obvious to anyone who will read Genesis that it is an historical book. It relates the origin of all things and the early history of mankind, and then proceeds to tell in some detail of the lives of the patriarchs. Now one way in which it is possible to check upon the accuracy of the book is to study the lives of the patriarchs against their background. Is the background of the patriarchs that which we should expect to find at the time when they lived, or is the background given in Genesis that of some other and later period? If it is that of a later period, then without question Genesis must be regarded as not historical, and consequently as not trustworthy.

The destructive criticism of the nineteenth century, at least so far as the Old Testament is concerned, came to its climax in the writings of Julius Wellhausen. Wellhausen was a great Arabic scholar who also was interested in the Old Testament. He had a brilliant mind and probably was a genius. His writings, at least in the German,—I am not too much impressed with the translations—are sparkling and interesting, and he was just the man to set forth the destructive critical views of the Bible in a fashion that would gain many adherents. And that is precisely what he did. His works were read widely and they popularized that view of the Old Testament which regards it not as a Divine revelation but merely as a human production. In the field of Old Testament, Wellhausen may be regarded as the father of Modernism, He went hand in hand with Ritschl in the field of theology, with Hegel in the field of philosophy, and with Harnack in the New Testament field. Behind all was the then popular theory of evolutionary development, and the times were ripe for the writings of such a man.

Whether Wellhausen himself was a personal believer we cannot say. However, there is nothing in his writings, at least as far as the present writer is aware, to show that he trusted in Jesus Christ for his salvation or that he had any personal love for Christ. We do not know, for we cannot judge the heart of any man. One thing however is abundantly clear, and that is that Wellinghausen’s writings are most definitely opposed to the supernaturalism of the Old Testament.

With respect to the book of Genesis Wellinghausen spared no attack. The background of the book, he said in effect, does not at all reflect the period in which the patriarchs were supposed to live, rather, it reflects a time much later when the different strands of the book were written. In other words it reflects the period in which the writers lived, and this was several hundred years after the time of Abraham. It does not, however, reflect the actual time of Abraham himself at all. Therefore, the book of Genesis must not be regarded as true history. Such was the basic axiom on which Wellhausen’s reconstruction of Old Testament history and religion was based. And it may be noted that if this view of Genesis is correct, then without question Genesis must be discarded as an untrustworthy book, and one which most certainly is not the Word of God. From this it is but a step to see that if Genesis goes a great deal else goes with it. Indeed, it is not too strong to say that if the book of Genesis is not the Word of God, then the historic Christian Faith must be given up! Such considerations, however, did not concern Wellhausen. He was one of those who prided himself on being a scientific scholar, and he had no hesitation in labeling those “unscientific” who would not go along with him.

Wellhausen’s views were eagerly adopted by others, and they have held the field for a long time. However, truth has a way of coming up on top after all. Indeed, the way in which subsequent events have shown Wellhausen to be wrong is so fascinating that it should put us forever on our guard against those who think that they have found errors and mistakes in the Bible. For one thing the first world war disillusioned men and turned their eyes away from the easy going confidence in human goodness and progress which was associated with the modernistic movement.

That which has done more, however, to refute the particular charge of Wellhausen cited above was a remarkable discovery made in 1925, after Wellhausen’s death. Archaeology is proving more and more to be a most valuable science, and all credit is dUE to the valiant men who have labored and do labor in this field. Like everything else, archaeology is really evidence that the Bible is the Word of God. “The heavens declare the glory of God, and the firmament sheweth his handiwork,” we read in the nineteenth Psalm. The facts which archaeology produces therefore, also corroborate the revelation of God in the Bible. It is of course true that we cannot in every instance see how this is so, at least in detail, but archaeology is proving to be a strong corroboratory evidence, and he who will not heed its witness—and the “critics” do not heed its witness—is not reading it aright.

It was at Yorgen Tepa in Mesopotamia that many clay tablets were dis· covered. Yorgen Tepa is the modern name of the ancient city of Nuzu, and the tablets which were discovered date back to about 1450 B.C. At that time Nuzu was occupied by the Hurrians, a people whom we know from the Bible as the Horites. Incidentally, not too long ago, there were those who were sure that no such people as the Horites ever lived; now we know a great deal about their life, at least in Nuzu, and steps are being made toward an understanding of the ancient Hurrian language.

The tablets which were found at ancient Nuzu deal with matters of every day life. Many of them are contract tablets, and tell us about the business transactions of these ancient Hurrians. For the student of the Bible, however, these tablets will always be of particular interest because of the light which they shed on the background of the book of Genesis. This is almost uncanny. Now, without any question, it must be admitted that the background of Genesis is precisely that of the patriarchal age and not that of an age long subsequent. Wellhausen, in other words, was dead wrong in what he wrote about the background of the book of Genesis.

One thing that we learn from the tablets discovered at Nuzu is that land could not be sold. If a person wished to purchase land, it was necessary for him to become adopted. The people from whom he wished to obtain the land would adopt him and will the land to him. He in turn would give to them a present, which in some cases might be the value of the property. People had themselves adopted for a number of reasons. One man, Tehiptilla by name, had himself adopted whenever he saw that people were in a poverty stricken condition, and had to get rid of their land in order to keep body and soul together. Tehiptilla thus obtained great tracts of land and became very wealthy.

Sometimes people would adopt a son to take care of them in their old age and to manage their affairs for them and provide for them a decent burial. In the fifteenth chapter of Genesis Abraham complains to the Lord, “What wilt thou give me, seeing I go childless?” What he means is that he going to the grave without an heir, and God has not done anything about it. Then he complains further, saying, “and the steward of my house is this Eleazar of Damascus.” This is an extremely difficult verse, but its general meaning is now clear. Abraham had no legitimate heir, and if he should die, Eleazar, who was from Damascus, would inherit him. vVe may see here the ancient oriental background. Abraham had evidently adopted Eleazer to be his steward or manager of his estate. Eleazer was to take care of Abraham’s affairs, and in return for this, when Abraham died, Eleazer was to inherit all that he had. This was the situation which called forth the complaint that God had done nothing. We may well ask, however, whether the birth of a legitimate heir would have changed the state of affairs. From the texts at Nuzu it is now known, that it would have made such a change. Suppose a couple were childless, as was the case with Abraham and Sarah. They adopt someone to look after them, as Abraham evidently did. In return the steward is to receive the inheritance. If however, after this adoption transaction has  taken place a true son is born, the real son becomes the legitimate heir and receives the inheritance. In the light of this fact, we can now under· stand the poignancy of Abraham’s complaint. Even now, if God would give to Abraham a seed, this seed would be the heir. This remarkable passage shows clearly the background of the times.

No doubt we have often wondered about Rachel taking the household gods from Laban. Many answers and explanations have been given. It now is apparent from Nuzu, however, that possession of the household gods signified the right to the inheritance. It was this that Rachel was concerned about, and hence her zeal.

Abraham’s action with Hagar the Egyptian may often have caused us wonder. The Code of Hammurabi and other texts now make clear the nature of the action. In Patriarchal times, if a wife was barren, the husband might enter in to a concubine and produce seed from her. Such seed would be regarded as the legitimate heir. It is precisely this which Abraham did. His action was perfectly legal in accordance with the standards of the time. This does not mean, however, that his action was morally right. We must remember that an action may be legal, and at the same time morally wrong. There are laws and customs and practices which are wrong. Such was this practice. The Bible makes it clear that what the patriarch did was wrong.

What is of interest and importance, however, is to notice how well the book of Genesis reflects the background of the patriarchal age. Many other examples could be adduced. More and more it is coming to be recognized by scholars of all shades of opinion that Wellhausen and those who shared his opinions regarding the background of Genesis were wrong.

We may rejoice in this fact. The excavations of the present day are more and more casting light upon difficult problems in the Bible and are supplying corroborating evidence for the Biblical statements. We who believe that the Bible is the infallible Word of the God in heaven and earth may well rejoice that such is the case. We may read the words of the Bible with confidence, believing that they are words of truth and life.