“The account of the Ascension is quite useless to the historian, “ wrote the German church historian and theologian Adolf von Harnack. His claim made a lasting impact. Many people, even within the church, deny the historicity of the Ascension. Perhaps one of the reasons for disbelief is the seemingly fantastic nature of the event. The narrative of Jesus’ Ascension, portrayed in Acts 1:9, as an upward spatial movement may be a great scene for a movie, but it appears absurd in an age of space travel.

Modern theologians also question the Ascension. They claim that the literal ascension narrative is conditioned by its time and culture. It was a pre-scientific age when people imagined heaven to be “up there” so that Jesus had to be “taken up.” They argue, “We have now an altogether different understanding of the universe, an up-to-date view of science, technology and space. We should, therefore, demythologize the Ascension.”

We may point to liberal theologians and their questioning of the Ascension, but how meaningful is it for us? Has this central fact of the doctrine of salvation disappeared from our theological “radar screen,” and from our faith experience? Or is it still alive and well for us? Most of us pay special attention to Christmas, Good Friday and Easter. But judging by the poor attendances at the Ascension Day services, the same cannot be said of the Ascension.

We may profess it when we recite the Apostles’ Creed, yet forget about it the rest of the week. This is regrettable. Augustine once said, the Ascension Festival is that “festival which confirms the grace of all the festivals together, without which the profitableness of every festival would have perished. For unless the Saviour had ascended into heaven, his Nativity would have come to nothing… and his Passion would have born no fruit for us, and his most holy Resurrection would have been useless.”

In our time of theological confusion and controversy, political uncertainty, unprecedented prosperity in North America, combined with the war against terrorism, the Ascension of our Lord is a crucial doctrine to recover. The belief that Jesus is in heaven right now should greatly affect how Christians live and function in our world today. Jesus is not dead. The tomb is empty. We serve the risen and ascended Savior.

Jesus’ Expectations of the Ascension

The New Testament refers to the Ascension in many places. Our Lord descended to earth to ascend to heaven (John 3:13). Having lived with His Father from the dateless past, Jesus, as He lived and ministered on earth, longed to be back in heaven – His original home. The heavenly host sang praises at His birth. The Holy Spirit descended upon Him at His baptism. An angel came from heaven to minister to Him in Gethsemane. He eagerly anticipated His Ascension.

Jesus steadfastly faced the cross, knowing that it would be followed by His coronation (cf. Luke 9:51). He promised His own that He would go and prepare a place for them in His Father’s home (John 14:3). With all authority, He pronounced “I am going to the Father” (John 14:12). Our Lord prophesied His Ascension and longed for it. 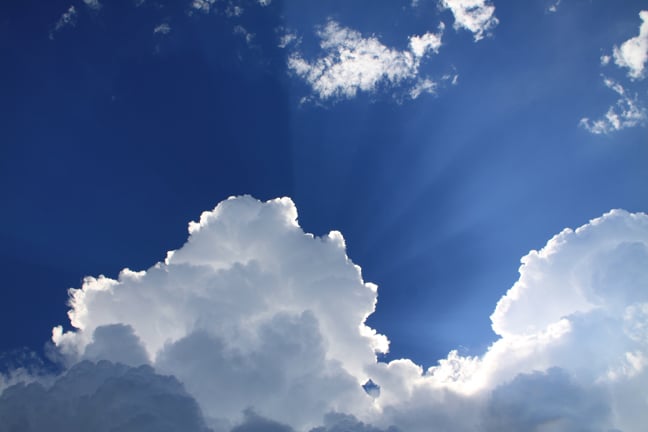 The Ascension: a Historical Fact

The Gospel proclamation may not be divorced from history. As Christ rose bodily from the grave so He bodily ascended to heaven. The church does not proclaim a myth but a historical event. She does not only confess the historical Jesus but the reality of His presence today. “The Ascension,” notes Peter Toon, “is the removal of the resurrected body of Jesus from space and time into the immediate presence of God.”

Our Lord’s Ascension was visible and public as He wanted His disciples to know that His departure was final. His disciples were to wait for somebody else: the Holy Spirit (Acts 1:4). Our Lord left this world to pass into the other world, to remain there until His second advent (Acts 3:21). The author of Hebrews says Jesus “will appear a second time, not to bear sin, but to bring salvation to those who are waiting for him” (Hebrews 4:14; 9:28).

Luke has much to say about the importance of eyewitnesses for the verification of the Gospel. The disciples clearly saw Jesus ascending to heaven. It happened while Jesus was in the act of blessing His disciples on their return from Jerusalem (Luke 24:50,52). As His hands were lifted up in a priestly benediction, Jesus vanished out of sight. They were witnesses. That’s why we can be sure of the fact of the Ascension. The apostles mention frequently the Ascension. Paul speaks of Jesus “received up in glory” (1 Timothy 3:16). He exhorts the Colossian believers to “set your hearts on things, where Christ is seated at the right of God” (Colossians 3:1). Peter declares that Jesus has “gone into heaven and is at the right hand of God” (1 Peter 3:22).

What does Jesus’ ascension mean for Himself and us? John Calvin summed up Jesus mediatorial role as taught in the Scriptures : “In order that faith may find a firm basis for salvation in Christ, and thus rest in Him, this principle must be laid down: the office enjoined upon Christ by the Father consists of three parts. For He was given to be prophet, king, and priest” (Cf. Heidelberg Catechism q/a 31). With the Nicene Creed, the church confesses:

He ascended into heaven, and sits at the right hand of the Father . He shall come again in glory to judge the quick and the dead; and his kingdom shall have no end.

His Ascension was the crowning moment, the act of enthronement, inaugurating His eternal reign as the God-human Lord. Christ is not going to be King. He is the exalted King and Lord of lords – today. He is seated at the right hand of God, which implies the position of dignity, honor, and authority. He had completed His redemptive work on earth. The victory was won. Our Lord’s death on the cross in principle broke the hold of Satan over the hearts and lives of people.

Jesus now governs all the affairs of the world for the glory of His Father. In heaven, He rules as King for the glory of God for the fulfillment of His purposes (Hebrews 1:3) As King, He exercises power in upholding and controlling the world. All power over angels and humankind is His. He has full authority over all other authorities whether spiritual, demonic, or otherwise. He is the Ruler over the church by His Word and Spirit and guards her against her enemies. He is sovereign over His world and over history.

What is the relevance of the Ascension in an age of internet, technology and scientism, which is deliberatively debunking the Gospel? The Ascension brings the claims of the Gospel right into the public square, the open market of real events in space and time. The Gospel engages the realities of both personal and public life. It is not otherworldly or anti-intellectual. It speaks about heaven as well as earth. There is no distinction between the sacred and the secular, the spiritual and the temporal. The Christian faith is not just for home and church or for the life to come. It is lived in this world. The Gospel resists the spiritualizing the Ascension.

Today Christians are told that their faith is a private matter, and it is best kept that way. This is a false dichotomy between public and private faith. Many claim that the world of facts, of science and education, politics and governing, leisure, and work are realms of public truth. What is truth can be known and seen. Therefore, religious faith and belief systems are placed in area of private truth.

Let me give an illustration from politics. The privatization of faith in Canada has advanced more rapidly than in the USA. In the last Canadian election, the main challenger for the federal premiership was Stockwell Day, an evangelical Christian. He was vilified by the national press for allegedly believing that human beings once coexisted with dinosaurs. The then and still Prime Minister Chretien and several of his cabinet ministers protected themselves by claiming to be Catholic. Yet Chretien is an advocate of abortion and homosexual “rights” – both practices called sinful by his church. Nevertheless, he is adamant that church and state should be completed separated. Unfortunately, Mr. Day declared that his Pentecostal beliefs were no more relevant or deserving of scrutiny than his opponents!

Douglas Farrow, Professor at McGill University, Montreal, commented: “Imagine the furor had either Mr. Day or Mr. Chretien said that he believed that all true public authority was now vested by God in a crucified, resurrected and ascended Jew, and that, if elected to political service, he would attempt to serve this Jew to the best of his ability by pursuing a sound and merciful exercise of justice for all the people within the Canadian dominion!”

The present situation amounts to a fundamental reversal of Christ’s Ascension and Kingship. The danger is great that by refusing to recognize the Kingship of Christ over the state, the state will take on a demonic character (cf. Rev. 13). Christians, servants of the ascended Lord and King Jesus Christ, have a calling to bear witness to Him in private and public life. To serve Him in every sphere of life, including politics and social-economic life, also in the sciences and the arts is our task and privilege.

Wherever we are placed in life, we are to seek the glory and honor of our King, Who is still in heaven. In our decadent culture, we need more than a private faith to carry us through our daily struggle. We need a wholehearted commitment to the Lord in every sphere of our lives. The everyday activity of ordinary Christians has indeed deep religious meaning. The English poet George Herbert expressed this insight so well:

Teach me, my God and King, In all things thee to see; And what I do in anything To do it as for thee.

This is the kind of obedient witness in imitation of Christ that will be tested by martyrdom – whether social, political and, if necessary, even unto death.

The more a Christian knows and understands the great Ascension theme, the more he realizes there is so much more to be known. Although we may not fully understand the doctrine of the Ascension, it still is a comforting and challenging truth. Nowadays, it seems that the powers of this world have the final word. On the surface, we can’t find many sign of Christ’s Kingship. Presidents, prime ministers, generals, dictators may think they are in charge, but they are wrong. The Bible teaches us not to fear the powers of this world but the One Who sits at the right of God the Father. We must put all our trust in Him and serve Him.

Rev. Johan D. Tangelder is a retired minister in the Christian Reformed Church who resides in East Strathroy, Ontario.