When speaking of Jesus as the Christ, not only do we confess that He is our chief Prophet and only High Priest, but as the Anointed One He is also our King who “governs over us by His Word and Spirit. The office of King was what the Israelites were expecting. They longed for the appearance of the Son of David; the King who make right what was wrong; the king who would defeat the tyrants; the king who would establish an everlasting kingdom in Jerusalem.

When Jesus said that the kingdom of God was about to be revealed, people started to wonder if Jesus was the long promised Messiah. They expected a king. You may recall that the mother of two of the disciples came to Jesus with the request that her sons sit on each side of Jesus when he became king and sat upon the throne. The travelers on the road to Emmaus said of Jesus, “We had hoped that He was the One who was going to redeem Israel.” What the wife of Zebedee and the resurrection day travelers did not understand was that the Messiah became the King by accepting the role of the Lamb. 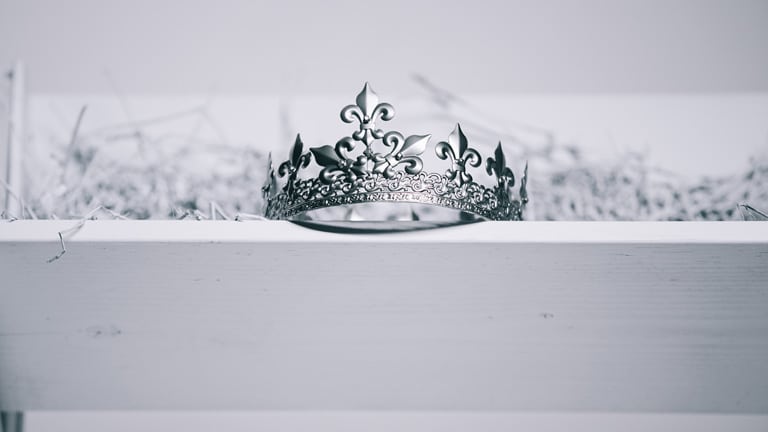 Our Need for a King

Because of original sin and our totally depraved nature, there are many dangers within us. We have many evil desires and thoughts. In addition, Satan goes around like a roaring lion seeking whom he may devour. The world, with all its glamour and glitter also attempts to lure us away from our God. We need a powerful, valiant, faithful King to fight for us against the temptations of the world, Satan, and from our own evil inclinations. We need someone who will defend us and preserve His church.

Such a defender is Jesus Christ, the anointed Savior. He is King because He was willing to be our Priest and make the necessary sacrifice for our sin. In Revelation 5, the whole mystery of the King-Priest is summed up in one beautiful picture. In that chapter, John weeps because there is no one worthy to open the scrolls John saw. That meant that the plan and purpose of history was to remain hidden, sealed in the hand of God.

An Elder approaches John and tells him that there is One who is worthy to open the scrolls. He is the hero who can execute the plans presented in the scroll; He is the One anointed to take hold of the helm of history. He will steer it to completion.

As John turns around, he is prepared to see the Lion of the tribe of Judah, the great and mighty One. Instead, he writes, “Then I saw the Lamb looking as if it had been slain.” The Lamb is the Lion who reveals to us the heart of God. Who is this Lamb who is also King? Who is the One who is able to defend you against the world, Satan and yourself? It is Christ, the Lord. He is the Messiah, the Christ, ordained by God to be our Prophet, Priest, and King.

Not only has He obtained salvation for us through His broken body and shed blood – the sacrifice made as our only High Priest—but Jesus has been anointed to defend and preserve us in that salvation. Jesus said in John 10: “And I give unto them eternal life; and they shall never perish, no one will snatch them out of the Father’s hand.”

In the past few months we have seen Jesus of Nazareth as our prophet, priest, and king. As your chief Prophet, do you listen to Him as He speaks the Word of God’s grace to you? Do you seek the pardon of your sin through the sacrifice made by our only High Priest? Have you taken your stand on the side of the eternal King? Remember: He alone is worthy of all praise because, as our King, He has won the victory for us.