When we search our subject in the book of First Chronicles, we come to the account of David ordering Joab to go through Israel and count “the number of fighting men,” that is, those capable of warfare (21:2, 5). David’s command was repulsive to Joab, who was in charge of this census. Of greater concern is that “this command was also evil in the sight of God; so he punished Israel” (21:7). Therefore, God sent the prophet Gad to David and gave him three options for punishment: “three years of famine, three months of being swept away before your enemies, with their swords overtaking you, or three days of the sword of the Lord—days of plague in the land, with the angel of the Lord ravaging every part of Israel” (21:12). David chose none of these options but instead decided to cast himself “into the hands of the Lord, for his mercy is very great” (21:13). Thus, “the Lord sent a plague on Israel,” and thousands died at the hands of the destroying angel. When the angel was about to destroy Jerusalem, the Lord said to the angel, “Enough! Withdraw your hand.” 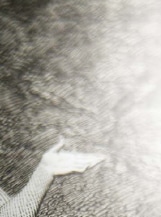 When David was in great distress because of Saul’s attempt to kill him, he feared for his life. At the same time, we find that he comforted himself with the assurance of God’s help. In Psalm 34:7 we read, “The angel of the Lord encamps around those who fear him, and he delivers them.” David knew that his God is “an ever present help in trouble” (Ps. 46:1). We see here that David calls on the Lord, but it is the angel of the Lord who guards David’s safety. It appears obvious, therefore, that the angel of the Lord and God Himself act as one in their care of God’s people.

In Psalm 35 David calls on the Lord to avenge him of his enemies. He expresses this wish for his enemies: “May they be like chaff before the wind, with the angel of the Lord driving them away; may their path be dark and slippery, with the angel of the Lord pursuing them” (Ps. 35:5–7). Once again, David speaks of the angel of the Lord as a very angel of his presence saved them” (63:9). Because God sent His special angel to lead Israel into the Promised Land, it seems reasonable to identify the “angel of God’s presence” with that angel. Both angels engage in leading God’s people and securing their salvation. This is the very mission the incarnate Christ came to do: “to save his people from their sins” (Matt. 1:21). Jesus did this perfectly, as He relates to the Father in his high-priestly prayer: “While I was with them, I protected them and kept them safe by that name you gave me. None has been lost except the one doomed to destruction so that Scripture would be fulfilled” (John 17:12). Therefore, identifying the angel of the Lord as the pre-incarnate Christ seems fully justified by the similar functions which each performed in behalf of God’s people.

The book of Daniel records the amazing story of three Jewish men who refused to bow down and worship the image of gold that king Nebuchadnezzar had erected (Dan. 3:1–11). They refused to yield to the king’s decree that all people must worship this image. Their recalcitrance was reported to the king, who urged them to comply with the decree. Because they steadfastly refused the king’s command, they were thrown into a fiery furnace. After they were in the furnace the king noted that he now saw “four men walking around in the fire . . . and the fourth like a son of the gods” (3:25). The king called to Shadrach, Meshack, and Abednego to come out of the furnace. When all present could see that no harm had come to these men, the king himself said, “Praise be to the God of Shadrach, Meshack, and Abednego, who send his angel and rescued his servants” (3:28). Though this angel is not called here the angel of the Lord, the fact that the king saw His appearance “like a son of the gods” makes it seem likely that this is another manifestation of the angel of the Lord. At least He certainly acts in a manner consistent with what the Lord would do in such a circumstance. It seems fair to say that this is another example of the pre-incarnate Christ caring for His people in the guise of the angel of the Lord.

Another unusual happening in which God delivers his people is recorded in Daniel 6. In this case, Daniel’s fellow administrators conspired against him. They persuaded the king to issue a decree that for thirty days people should not pray to any god except to the king alone. Because Daniel continued to pray to Israel’s God, the administrators pressed charges against him before the king. The king was bound by the decree, which, according to the laws of the Medes and the Persians, could not be annulled. Therefore, the king ordered Daniel to be thrown to the lions. After a sleepless night the king arose early and went to check on Daniel to see if his God had saved his life. In answer to the king’s inquiry, Daniel responded: “O king, live forever! My God sent his angel, and shut the mouths of the lions. They have not hurt me, because I was found innocent in his sight” (6:22). Daniel’s deliverance was effected by God’s angel, as Daniel reported to the king. Who but the angel of the Lord can be called “his [God’s] angel” in this special sense here? After all, it was “his angel” that God sent to lead Israel through the desert and into the Promised Land. Once again, this angel is undoubtedly the angel of the Lord. No wonder Daniel praises God for His presence in the lions’ den. This angel’s presence always secures salvation for God’s people. Let us praise God for His presence in our lives through His Holy Spirit.

There is one oblique reference to “the angel” in the book of Hosea. In a section where God is reviewing Israel’s sins, the Lord mentions that he has a charge against Judah; he will punish Jacob “according to his ways and repay him according to his deeds” (12:2). Then, tracing the nation’s origin back to Jacob, it is stated: “In the womb he grasped his brother’s heel; as a man he struggled with God. He struggled with the angel and overcame him; he wept and begged for his favor” (Hos. 12:3). It is clear from this text that the angel and God are the same. It is also clear that Jacob desired the favor, or blessing, of this angel with whom he wrestled. Therefore, we can believe that this angel is the same angel of the Lord who alone can be identified with God and also impart God’s favor to those who seek it.

So far in our study we have found consistently that the angel of the Lord is God’s equal, acts and speaks with a similar authority as God Himself, is concerned for the welfare of God’s people, and is active in causing God’s will to come to fulfillment. Little wonder, therefore, that the church sees in this angel a pre-incarnate manifestation of our Lord and Savior, Jesus Christ. Praise be to His holy name.