As we have discovered from the book of Genesis, the angel of the Lord is more than a mere angel; he is one with God Himself. Let us now take a look at the book of Exodus to see if our findings are confirmed, contradicted, or even made questionable. In Exodus 3 our attention is drawn to the incident of the burning bush. Moses, we are told, was “tending the flock of Jethro his father-in-law . . . and led the flock to the far side of the desert and came to Horeb, the mountain of God” (3:1). Moses’ curiosity was aroused because he saw a bush burning which did not burn out. Scripture informs us that in actuality it was the “angel of the Lord,” who was appearing to him in flames of fire from within the bush (3:2). However, when Moses went to investigate this strange phenomenon, it was “God [who] called to him from within the bush” (3:3). Here again we see the identifying of the angel of the Lord with God Himself. Surely this angel and Jehovah God speak and act as one. Even the place where Moses is standing is declared to be “holy ground” (3:5). As God identifies Himself as Israel’s covenant-keeping God, Moses “hid his face, because he was afraid to look at God” (3:6). In short, we see that the angel of the Lord appeared to Moses, but God Himself is said to speak as Israel’s God. One can hardly read the entire account of this event without realizing the oneness of this angel of the Lord with God Himself. They manifest similar divine attributes, speak with the same divine knowledge and authority, and encourage Moses with divine promises and assurances.

A similar identification of the angel of the Lord with God Himself is found in Exodus 14. God is the One who is said to have charted the course of Israel’s journey after they left Egypt (13:7–18). Yet we are told that the angel of God moved from the front of Israel’s army and “stood behind them coming between the armies of Egypt and Israel” (14:19). Once again we see the angel of the Lord functioning in the capacity of God Himself. At the same time, the honor is ascribed to God, who ultimately directs Israel’s flight to safety. God gave the order to Moses to “stretch out your hand over the sea so that the waters may flow back over the Egyptians and their chariots and their horsemen” (14:26). When the Israelites experienced deliverance from the Egyptians, “the people feared the Lord and put their trust in him, and in Moses his servant” (14:31). The account then continues with the Israelites praising God by singing the Song of Moses about God’s mighty deliverance (see Exod. 15). Thus, we conclude that any acts ascribed to either the angel of the Lord or God Himself, as in this episode of Israel’s history, require ultimate praise to Israel’s God alone. However, there is nothing whatsoever to nullify our findings about the angel of the Lord in the book of Genesis. Truly, this angel of the Lord is one of a kind and superior to all other angels. 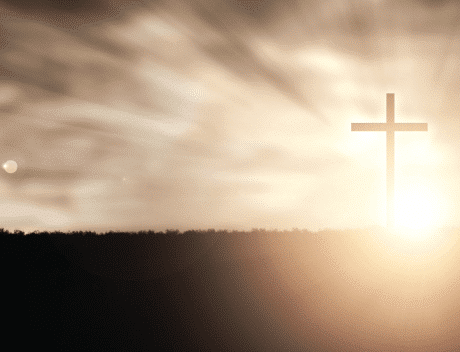 After God instructed Moses in His moral law and spelled out some of the social, legal, and religious implications of that law for Israel, He makes a promise to Moses: “See, I am sending an angel ahead of you to guard you along the way and to bring you to the place I have prepared” (Exod. 23:20) The character and importance of this angel can be deduced from the solemn admonition that God attaches to this promise. Moses is explicitly told: “Pay attention to him and listen to what he says. Do not rebel against him; he will not forgive your rebellion, since ‘my Name’ is in him” (23:21). Once again we see that this angel is so closely identified with God’s purpose and actions that failure to obey this angel will incur God’s wrath. We may conclude with all fairness that this angel is the angel of the Lord and fully shares in God’s divine nature and sovereignty.

Finally, Exodus contains the dramatic intercession of Moses after God threatened to destroy Israel for worshiping the golden calf which Aaron had made for them while Moses was in the mountain with God (32:7–9). In response to the fervent prayer of Moses, God relented of His intention to destroy Israel and promised once again to have “my angel . . . go before you” (32:34). God also assured Moses, “My presence will go with you, and I will give you rest” (33:14). Here again we find close identity between God’s angel to lead Israel and the assured presence of Jehovah God. Certainly this angel must be the angel of the Lord whom we have identified in earlier places. He certainly fits the description of God’s Anointed One in all his concerns, actions, and care of God’s people. No wonder that the early church considered the angel of the Lord as the second person of the triune God in these preincarnate appearances. Let us also recognize Him as such and bow in humble worship before Him. A wonderful Savior is Jesus, my Lord!

Turning now to the book of Numbers, there is reference to “an angel” in Numbers 20:16. It is found in the context of the message Moses sent to the king of Edom when he asked permission for Israel to pass through Edom’s land on the way to Canaan. Moses recorded for the king the oppression Israel endured in Egypt. He wrote: “The Egyptians mistreated us and our fathers, but when we cried out to the Lord, he heard our cry and sent an angel and brought us out of Egypt” (20:16). Who this angel was can be determined by comparing what God promised Moses in Exodus 23:20: “See, I am sending an angel ahead of you to bring you to the place I have prepared.” At the same time God said Israel must listen to this angel “since my Name is in him.” It seems reasonable to conclude that the angel Moses mentioned in his message to the king of Edom is the same angel of the Lord whom God promised to lead Israel in Exodus 23:21. This angel, therefore, is like God Himself in His divine helpfulness to Israel. Surely the sheep of God’s pasture are in His hand, and He cares for them. They are also eternally kept in the Father’s hand, from which no one can snatch them (John 10:29). It seems very certain, therefore, that this angel prefigures the Lord Jesus Christ who as Son of God cares for and leads His people into the Promised Land with eternal life.

A clear and more explicit reference to the angel of the Lord is found in the account of Balaam’s responding to the invitation of Moab’s king to come and curse Israel. As is clear from the text, God was not pleased with Balaam’s decision to go to Balak. So God commanded him to “do only what I tell you” (22:20). However, as Balaam began his journey we read that “God was very angry when he went, and the angel of the Lord stood in the road to oppose him” (22:22). In three instances Balaam’s donkey saw the angel of the Lord before her with drawn sword. Each time she refused to go on in their journey. After the third incident “the Lord opened the donkey’s mouth, and she [spoke] to Balaam” (22:28). After the donkey justified her actions and was vindicated of false accusations by Balaam, “the Lord opened Balaam’s eyes, and he saw the angel of the Lord standing in the road with his sword drawn. So he bowed low and fell facedown” (22:31). Thereafter a conversation follows between the angel of the Lord and Balaam. Three times the reference is used to the angel of the Lord as the one conversing with Balaam. Finally, it is the angel of the Lord who gives Balaam permission to go on to Balak and sets the condition on which he may go: “but speak only what I tell you” (22:35). Surely this is no ordinary angel; this is an angel who acts as God’s equal. Therefore, we conclude that this is none other than the Son of God in His preincarnate appearance, already watching over His own flock to preserve their lives from destruction by the Evil One.

Indeed, the angel of the Lord did safeguard Israel at that time. Balak wanted Balaam to curse Israel, but God thwarted his desire. Instead of Balaam cursing Israel, he blessed Israel three times and even put a curse on “those who curse” Israel (24:9). In addition, Balaam spoke a beautiful prophecy of Israel’s future hope in the coming of “the star out of Jacob” (24:17), which was fulfilled when Christ was born. No ordinary angel can speak like this one. This angel speaks as God speaks (24:13) and foretells the future, which only God knows and can do (24:17–19). So far in our study we have found nothing to dissuade us from the correctness of the view of the early church that the angel of the Lord is none other than “the Son of God, the Second Person of the blessed Trinity” (Edersheim, Bible History—Old Testament, vol. 1, p. 71). Dr. Harry Arnold is a retired minister in the Christian Reformed Church and lives in Portage, MI. He is a member of Grace Christian Reformed Church in Kalamazoo, MI.