While reading in Alfred Edersheim’s Bible History—Old Testament, I came across this statement about the angel of Jehovah:

The more carefully we follow His steps, the more fully shall we be convinced that He was not an ordinary Angel, but that Jehovah was pleased to reveal Himself in this manner under the Old Testament. . . . We cannot conceive any subject more profitable, or likely to be fraught with greater blessing, than reverently to follow the footsteps of the Angel of Jehovah throughout the Old Testament. (vol. 1, p. 71)

Indeed, the term “angel of Jehovah” which is translated as “angel of the Lord” in most modern translations, is found more than sixty times in some sixteen books of the Old Testament.

In Genesis we find the first direct reference to the angel of the Lord when he “found Hagar near a spring in the desert” (16:7). The angel converses with Hagar and speaks authoritatively as God would speak, promising “to increase your descendants that they will be too numerous to count” (16:10). Hagar recognized the angel as God by the name she gave to this person who spoke with her: “You are the God who sees me, for she said, ‘I have now seen the One who sees me’” (16:13).

On a subsequent occasion, after Abraham sent away Hagar and Ishmael to pacify Sarah’s complaints against them, Hagar began “to sob” because her son would die of thirst. Then the “angel of God” spoke to her and again promised to “make him a great nation” (21:18). It would appear that this “angel of God” corresponds to the “angel of the Lord” elsewhere and executes similar commands and makes similar promises. We may consider them as identical angels. 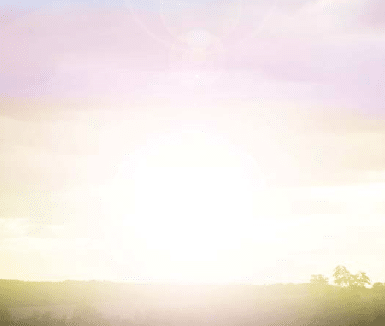 No doubt Genesis 22 contains one of the most significant references to the angel of the Lord. In verse 2 we read that God commands Abraham to take his son, Isaac, and sacrifice him as a burnt offering on a mountain in the region of Moriah. Abraham immediately prepared himself and Isaac for the journey. The next day, they set out on the journey to do God’s bidding. Once there, Abraham built an altar, bound Isaac and placed him on the altar, and lifted his hand to slay his son. At that precise moment a dramatic thing happened: The angel of the Lord called out to him from heaven (22:11) and stopped him from sacrificing Isaac. Jesus referred to this when he said to the Jews: “Your father Abraham rejoiced to see my day, and he saw it and was glad” (John 8:56). Surely, this angel is God’s equal, because he reverses a command of the Lord Himself. Moreover, this angel promises to bless Abraham in a manner that only God can do. Abraham will have many descendants, possess the lands occupied by their enemies, and be a blessing to all nations (22:17–18). Just as the pre-incarnate Christ, appearing as the angel of the Lord, cared for his people and provided a ram to sacrifice for sin, so in the “fullness of time” God’s Son came into our world as the incarnate God to sacrifice himself as a sin offering “to save his people from their sins” (Matt. 1:25). Hallelujah! What a Savior!

Because this angel manifests the qualities or attributes of God, it is not surprising that Abraham places his trust in the angel just as one would in God. Therefore, when Abraham in later years sends his servant to seek a wife for Isaac, he makes him swear an oath to seek one only from his own country and his own relatives; and not from among the Canaanites (Gen. 24:3–4). When the servant questions the possibility of failure to obtain a wife such as Abraham stipulated, Abraham expresses the confidence that the Lord “will send his angel before you so that you can get a wife from my son from there” (24:7). It would seem probable that this angel—entrusted to find a wife for the promised seed of Abraham—would be the angel of the Lord.

As we move on in the patriarchal history, we come to the time when Jacob plans to flee from Laban. Jacob calls his wives Rachel and Leah to meet with him in the fields. There he relates a dream in which the angel of Lord (31:11) appeared to him. This same angel called himself “the God of Bethel” and ordered Jacob “to leave this land and go back to your native land” (31:13). Can there be any doubt that this angel is one with God Himself? Certainly his command is considered by Jacob as a command from God, and Jacob begins to act on it.

Following this incident, and after being reconciled to Laban, Jacob made plans to meet his brother Esau. When messengers told Jacob that Esau was approaching their camp and “four hundred men are with him” (32:6), Jacob instinctively prayed to God for help and safety. Taking steps to appease any latent anger that Esau might have for Jacob’s having stolen his birthright twenty years earlier, Jacob went to bed a troubled man. During the night “a man wrestled with him till daybreak” (32:24). When the man who wrestled with Jacob sought to be released from his grip, Jacob insisted on having the man bless him before releasing him. The man then blessed Jacob and renamed him Israel “because you have struggled with God and with men and have overcome” (32:28). Surely, this man must be identified as God by His admission that Jacob had “struggled with God.” Moreover, the authority to bless Jacob and rename him reveals this person as more than a mere man; He is really God!

When it came time for Jacob to leave this earthly home, Joseph brought his two sons, Ephraim and Manasseh, to his father so that they might receive his patriarchal blessing. Jacob crossed his arms to make sure that his right hand would rest on Ephraim’s head, and then he blessed the boys in the name of “God” (48:15) and “the angel who has delivered me from all harm” (48:16). We must assume that this particular angel is the angel of the Lord, because He qualifies to bless in God’s name. Jacob would not ordinarily invoke an angel to impart a blessing on his grandsons, but this angel of the Lord had shown Himself to be as God to Jacob. This angel was Jacob’s divine protector.

Another interesting incident in connection with the angel of the Lord is related in Genesis 18. There we are told that “the Lord appeared to Abraham near the great trees of Mamre while he was sitting at the entrance to his tent in the heat of the day” (18:1). When Abraham looked up, he saw three men standing nearby. In keeping with hospitality customs among desert people, Abraham invited the men to stay for dinner, which they did. It was during this visit that the Lord assured Abraham that Sarah would bear a son within the next year. Of course, Sarah laughed about that because she was well past child-bearing age.

As the men got up to leave, Abraham walked along with them, and we read: “Then the Lord said [to Abraham]: ‘The outcry against Sodom and Gomorrah is so great and their sin so grievous that I will go down and see if what they have done is as bad as the outcry that has reached me. If not, I will know’” (18:20–21). At this point we read: “The men turned away and went to Sodom, but Abraham remained standing before the Lord” (18:22). Because two of the angels arrived at Lot’s house that evening to effect his rescue, it may be fairly inferred that the Lord spoke to Abraham through the third angel who remained with him when the other two left to rescue Lot. This angel, it would seem, is the angel of the Lord who communed at Abraham’s table and later conversed with him about the wickedness of Sodom. He definitely speaks and acts as God Himself.

From all these references in the book of Genesis we conclude that the angel of the Lord has the same divine attributes as Jehovah God Himself. He speaks with the same divine authority as God. He blesses just as God could and would do. And, finally, He judges between the righteous and the wicked—inflicting punishment on the wicked and saving His people. No wonder Edersheim could write that “the ancient Church almost unanimously adored in Him the Son of God, the Second Person of the blessed Trinity” (Bible History—Old Testament, vol. 1, p. 71). It seems clear from Scripture that the angel of the Lord is the eternal Son of God who both before and after His incarnation ever watches over His people and seeks their salvation. What a great God and Savior is ours!