In the year 1753 the Frenchman Jean Astruc published a book in which he discussed the question of the composition of the book of Genesis. He advanced the theory, although he was not the first to do so, that the book of Genesis can be divided into different documents, each of which goes back to a different author. As we have the book, he maintained, it is the work of Moses. In compiling Genesis, however, so Astruc taught, Moses made use of various documents or sources which were available to him. Astruc found about twelve different documents and thought that he could identify them as they appeared in Genesis.

What led Astruc to think that there were different documents in Genesis? For one thing he believed that the Divine names were criteria for distinguishing documents. Wherever the word God (French Dieu) occurred, there, thought Astruc, was one document. Wherever the word Jehovah (French I’Eternel) appeared, there was another. In addition to this, however, Astruc noted what he believed to be parallel passages. Thus, he maintained, certain events were told twice, and this must obviously be a sign of different authors. Such parallel passages have come to be known as doublets. Indeed, even today critics maintain that the presence of doublets in Genesis shows that the book cannot be the work of Moses.

One of the most important of the alleged doublets in Genesis is the creation account. In the first chapter of Genesis, we are told, there is one account of creation, while in the second chapter there is another. These accounts are said to differ so radically that they cannot be the work of one man. We have already dealt with this claim of criticism (see Torch And Trumpet, April/May 1952), and so need not say more about it at this point. There is another doublet, we are told, in the account of the Flood, and some critics believe that there are three documents woven together here.

What are the reasons that anyone should suppose that there are duplicate documents in the Flood· narrative? The answer is that there are supposed to be contradictions. For example: In Genesis 7:2 Noah is commanded to take of the clean beasts seven pair and of the unclean one pair. In Genesis 6:19 Noah is said to be commanded to take a single pair of every species into the ark. In Genesis 7:8, 9 we are told that two and two the beasts, clean and unclean, went into the ark. (The reader should look up these references in the Bible.)

Another alleged contradiction is said to be found in connection with the duration of the Flood. In Genesis 7:12 the rain is said to have been upon the earth forty days and forty nights, whereas according to Genesis 7:24 the waters are said to have prevailed upon the earth for one hundred and fifty days. By many critics these are regarded as such serious contradictions that they could not possibly be the work of one man. Rather, they are evidence, we are told, of the presence of at least two documents which have been blended together.

Our first observation on this is that the man who did the blending, the so-called redactor, must have been rather a bungler to have allowed these contradictions to stand. If he was at all careful, he should have spotted these contradictions and removed them. On the other hand, if this redactor was so careless, we are at a loss to understand how he was able to produce a book with the wondrous inner harmony and unity of Genesis. Not everyone can write a book like Genesis, and we, for our part, have our doubts that a man who could not even notice contradictions in what he had compiled, could have had the requisite ability and discernment to piece documents together and produce the book of Genesis. There is something very unreal and unnatural about the redactor and the so-called schools of redactors.

An Interpretation of The Flood

For our part we believe that when one makes a careful study of the narrative of the Flood, reading it as the Bible presents it, he will see that the story is not composite, but unified. It will be well if the reader will open the Bible to the seventh chapter of Genesis and follow the discussion by reading the biblical text itself. The account begins (chapter seven) with the command to Noah to enter the ark. Of clean beasts he is commanded to take seven pair. This command is in place, for now Noah is to enter the ark, and the emphasis is properly placed upon the clean beasts, possibly since they were for sacrifice. Of the unclean beasts only one pair is to be taken. This is not in contradiction to what had previously been stated. In Genesis 6:13ff. the announcement is made to Noah of the purposes and intentions of God, and the command is given to build the ark. In an announcement of this kind, which in its very nature must be general, only a general command is given as to the animals to be taken into the ark. Hence in verse nineteen it is simply stated that of every living thing two of every sort is to be brought into the ark. It should be noted that at this point no distinction whatever is made between clean and unclean beasts. This is a general statement, and the particular statement follows later. The information given in chapter seven is therefore to be regarded as an amplification of that earlier presented. There is no contradiction here.

The early verses of Genesis seven serve as an introduction, and in verses eight and nine we are told that one pair of all living things, clean and unclean beasts, fowl and creeping things went into the ark. At first sight this seems to conflict with the statement of verse two. However, this verse obviously has reference to the command in chapter six, verse nineteen, to show that Noah was obedient to that command. Notice how embracing this verse is! It does not limit the distinction to clean and unclean beasts, but it includes the birds and creeping things also. It thus corresponds to the “every living thing of all flesh” of chapter six, verse nineteen. Of every living thing, one pair was taken into the ark. In the light of verse two we know that more than one pair of the unclean beasts was taken. Thus, it seems to the present writer that there is no real contradiction. That this is a difficult passage, we must surely admit, but the explanation which has just been given is satisfactory. We must remember that Hebrew narrative does not state things precisely as we English writers would do. Surely, however, the redactor would have failed miserably if he had allowed a contradiction to stand within the compass of six verses.

We next note the manner in which it is stated that the power of the water prevailed. “And every living thing was destroyed which was upon the face of the ground, both man, and cattle, and creeping things, and birds of the heavens; and they were destroyed from the earth….” (Genesis 7:23a). We are then told that the waters prevailed upon the earth one hundred and fifty days (Genesis 7:24). That means, it would seem, that after the rain had stopped falling, they prevailed upon the earth for one hundred and ten days. Thus, it may be seen, the seventh chapter of Genesis is a unit, and is not composite. It does not contain contradictions. 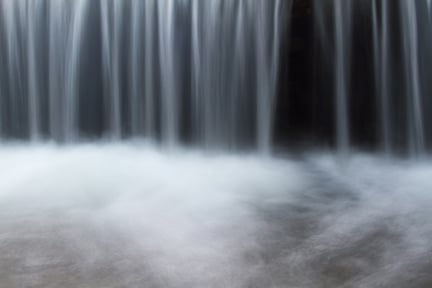 The Decline Of The Waters

The eighth chapter of Genesis is particularly remarkable. It begins with the gracious statement “And God remembered Noah.” These words fit in well after the great emphasis which has just been placed upon the power of the waters, and the destruction of every living thing. With such an announcement we are prepared for the account of how the waters were assuaged. There are seven steps to be noted in the decline of the water. We are told immediately that God caused a wind to pass over the earth, and are thus reminded that the power of the waters was utterly in the control of God. In the seventeenth day of the seventh month (Genesis 8:4) the waters had receded to such an extent that the ark could rest upon Mt. Ararat.

Seventy-three days after the ark had rested on Ararat, on the first day of the tenth month the tops of the mountains appear (Genesis 8:5). Forty days later Noah sent forth a raven and a dove. The dove, however, found no resting place and so returned to the ark. Seven days later (Genesis 8:10) the dove was again sent forth and brought back an olive leaf. After seven more days the dove was again sent out, and this time did not return (Genesis 8:12). We are then told that the flood ended on the first day of the first month of Noah’s six hundred and first year (Genesis 8:13). One year and ten days after the rains began to fall, the earth was dry.

It will be obvious to the reader that in the preceding we have simply followed the account as it is given, step by step, in the Bible. And this is often the best way of answering criticism and also of coming to understand what the Bible teaches. There are difficulties in the narrative; of that there can be no doubt. These difficulties, however, are largely due to the Semitic method of narration. There is in the Bible much repetition. There is also the common practice of beginning with a general statement as in chapter six, verse nineteen—and then giving further details later. These are really marks of Oriental style. When we read the account over and over again, we come more and more to appreciate these characteristics of the Old Testament.

The presence of difficulties however does not necessarily mean the presence of error or contradiction. We may note, if we will work through the narrative in Genesis, as we have sought to do in this article, that we do have a straightforward, sensible account. There is really present here a unity which may be discerned by the one who will take the trouble to let the Bible speak for itself.

We Christians therefore may be confident that the narrative of the Flood as given in Genesis is a unity. More than that, we may be confident that it is trustworthy. We may see how it calls to our attention the heinousness of sin, and we may learn the lesson that God will not overlook sin but will surely punish it. We may also learn that God is faithful to His covenant of grace, and when the waters of destruction are about, we may find comfort in the words of grace, “And God remembered Noah.”