Did you know that teens are one of the most sought after groups when it comes to advertising? Yes, teens are the ones that marketers want to make their pitch to. Whether it is Abercrombie & Fitch, Vanilla Coke, Old Navy, MTV, GAP, Mountain Dew, X Box, Eminem, Star Wars, Creed, Play Station, Get A Dell Dude or whatever you watch, listen to, wear or buy the focus is on teens. The reason that teens are getting so many messages to buy different products is that studies have shown that teens spend 100 billion dollars a year and parents will spend another fifty billion on their teens.

That all this may or may not shock you is not the point. The culture we live in is telling you to buy, buy, buy. The question is what are you buying? Most of the products or entertainment choices above are selling more than just a pop (soda), a shirt or a computer. They are selling an image, Old Navy – the “In Crowd”, Mountain Dew – “Xtreme sports“, and so on. They are also selling the fact that you think that the stuff you buy is cool so you will want it; not because what you are buying is right, good, or true. They sell it because they want your money.

God has created this world and Jesus is now Lord and King over this world. He also rules over this culture that we live in. It is His. That does not mean He is glad with a lot that goes on but it does means some things are good. There is nothing wrong with clothes, or pop, or music or entertainment by themselves. What people do with each according to God and His word determines if something is good or evil.

The Belt of Truth

The devil charges and attacks so the armor needs to be put in the proper place and tied together in such a way that there is no vulnerable place left unprotected. The belt of truth is the starting point for the Christian in putting his armor together. It is the piece that is at the center. It keeps things in their proper place so that you are not hindered by other equipment while in battle. It supports you and gives you comfort and it makes you ready for action. Your arms are freed up to fight because everything is being held up by the belt. The sword and breastplate, rest upon this belt as does the sword when not in use. Today a soldier has a lot more equipment strapped to this belt.

The belt is mentioned first because it is an important part of armor of a soldier. It is the basic ingredient in the spiritual war we are now engaged in. The ingredient is truth. While all the other pieces of armor are needed, truth runs through each. Truth allows us to stand firm in the struggle.

We know from God’s word that we need to get truth. We need to buy it instead of the images or the ideas behind many of the products mentioned earlier. These products may be good but they are selling something else: an image. The image is what sells, so the world tries to influence us to buy the image. 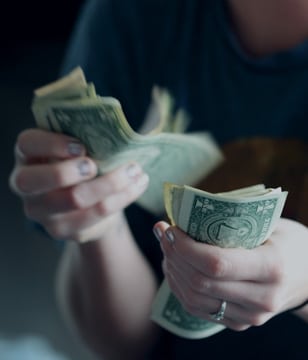 God tells us to buy truth, not an image. The truth of God is never changing. It is here today, tomorrow, and forever. The image of the world is here today and gone tomorrow and then a new image appears. God’s truth you don’t want to sell because it has lasting value.

The image of the world is “use it up and throw it out.” It has no long term value. Once the image is bought it becomes useless. The truth of God is sincere, it will never mislead. You will not be tricked, because God’s truth is real.

The image of the world is fake. It tries to tell you that you’re something that you are not. The image is phony, the world is always putting on new and different masks to hide behind but its true self is ugly. The truth of God is pure. It is 100%, 100% of the time. It never diminishes or fades. The image of the world fades in the sun, rusts in the snow, breaks in the wind, and disappears when used up. The truth of God cleanses; the mind of man is renewed and the heart of a man is changed.

The result of truth is that others become important. The mind of the world can only think of itself and how it can gain at another’s expense. It stinks like a sewer hole and is filled with envy, deceit, greed, jealousy, and above all hatred. The truth of God is a blessing to the godly person and those he comes in contact with. The image of the world is a curse because it doesn’t follow God and hurts those who come following after it.

So what are you going to buy, an image of the world or the truth of God that readies us for battle? One helps us to stand firm in times of trial and hardship. The other knocks down and only disappoints. One is there at all times comforting you, supporting you, and preparing you. The other leaves you to yourself and is only concerned about itself. I pray that the Lord moves you to buy truth and prepares you to use it in the spiritual battle that we are in.

A Study of Truth

• Write down what you think truth is?

• Does the truth change, or does it always stay the same?