By now many readers of The Outlook have had time to reflect on the decision of the 1994 Synod of the CRC regarding women-in-office. Synod 1994 by a narrow margin (9589) decided not to ratify a proposed change in the Church Order that would have permitted local councils and churches to ordain women to the offices of minister, elder and evangelist. In addition to this decision not to ratify the proposed change in the Church Order, synod declared that the decision of Synod 1992 to permit women to “expound” the Word of God was still in effect. Consistent with its decision not to change the Church Order, Synod 1994 also “urged” church councils which have ordained women elders, evangelists or ministers to release them from office by June 1, 1995.

These decisions of Synod 1994 unavoidably call for analysis and interpretation. Upon further reflection, what do these decisions mean, not only for the present official position of the CRC but also for its future? Do these decisions reflect any shift of direction or reversal of recent deforming trends within the denomination? Or are they no more than a temporary halt in an inevitable process of decline and movement toward the eventual denominational approval of the ordination of women? 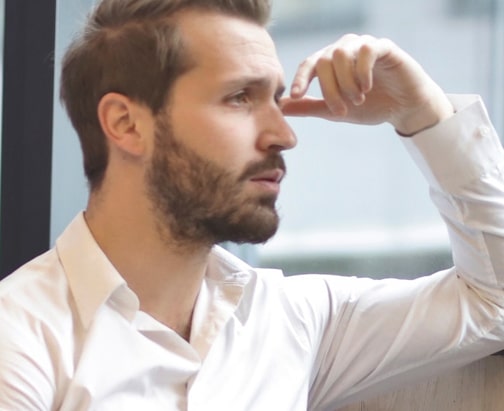 Though a short article like this oneis not the place to answer these questions fully, there are some observations that beg to be made. Whatever uncertainties these and other decisions of Synod 1994 may have introduced, there are a few matters that, ironically, these decisions have clarified.

Measured by the standard of recent synodical indecision and hesitation on the issue of women’s ordination, the formal decision of Synod 1994 is remarkable. Because of this decision, it is now the official, synodically approved position of the CRC that the ordination of women to the offices of elder, evangelist and minister is contrary to the clear teaching and prohibition of Scripture.

Though it could be argued that previous synods of the CRC had maintained this position by refusing to change Church Order Article 3, none of them stated as clearly and emphatically, on the basis of carefully articulated Scriptural grounds, that the practice of ordaining women to these offices in the church is contrary to Scriptural teaching. Synod 1975 indirectly did so by insisting that the church’s practice remain unchanged, unless “compelling biblical evidence” were advanced to warrant a change in this practice. Synod 1985 did so as well, but in a rather weak manner. That synod simply noted that the headship principle “implies” that women may not hold offices in the church in which authority is exercised over the congregation. No previous synodical decision, however, declared the ordination of women to be unbiblical in the way Synod 1994 did. In the grounds for this decision, synod declared, among other things, the following that the Biblical texts cited (e.g. Gen. 1:26–28, Acts 2:17–18, Gal. 3:28) in support of the proposed change are not persuasive; that the “clear teaching of Scripture prohibits women holding the offices of minister, elder and evangelist” (e.g. 1 Tim. 2:11–3:15, Gen. 2, 1 Cor. 11:2–16, 14:33–35); that the “general analogy of Scripture supports the exclusion of women from the offices of minister and elder”; that the prohibition of the ordination of women on Biblical grounds expresses the consensus of the universal Christian church throughout her history; and that this decision will not bind anyone’s conscience unlawfully, since “a Christian cannot claim freedom of conscience where the Scripture has spoken.” Included in its elaboration and defense of these grounds was a rather complete statement of the Biblical case against the ordination of women.

All those who want to see God’s Word honored in the churches can be thankful for this feature of synod’s decision: the ordination of women to church office was defeated, not for reasons of expediency, but to uphold the authority and normativity of the Word of God on this matter. The decision of Synod 1994 confirmed what many of us have been arguing for a long time: the Bible clearly forbids the practice of ordaining women to office in the church.

It should also be observed, however, that immediately after making this decision for these Biblical reasons, Synod 1994 began to “waffle,” as one delegate described it, on the day following its major decision on this issue.

Even though the majority of the advisory committee asked synod to note that the decision of Synod 1992 regarding women “expounding” the Word of God was no longer in effect, synod, after a considerable bit of wrangling over procedure, decided to do the very opposite. Contrary to the committee’s recommendation and any common-sensical reading of the actions of Synod 1993, this synod decided that the Synod 1993 did not alter or revise the decision of Synod 1992 regarding women “expounding.”

Why did this occur? Why did Synod 1994 decide to declare the decision of Synod 1992 to be still in effect, even though it seems obvious that Synod 1993 did alter the decision at Synod 1992 regarding women-in-office, including its decision to permit women to expound? This question becomes especially pressing, when it is also noted that synod had to appoint a special committee to determine what it means for women to “expound”!

It seems apparent that Synod 1994 was beginning to suffer something of a failure of nerve at this point. Despite having declared the ordination of women to office to be a practice clearly contrary to Scriptural teaching, synod was willing to permit a practice to continue—women expounding the Word of God—that in some instances is the virtual equivalent of preaching the Word of God in public worship.

The hesitation and waffling of synod at this point were aggravated when it was further decided only to “urge” councils to release women elders, evangelists and ministers from office. The advisory committee had advised synod to “instruct” the councils to release these women officebearers, but synod was unwilling to do so.

WITHOUT DISCIPLINE, IT MEANS LITTLE!

This unwillingness provokes what is perhaps the most important observation about the decisions of Synod 1994. Whether the decision of Synod 1994, declaring the ordination of women to the offices of elder, evangelist and minister, to be contrary to the clear prohibition of Scripture, means anything, depends upon the discipline that is applied to councils and office-bearers who continue to violate the Church Order and militate against the Scriptural teaching synod upheld.

Only the future will tell the full story as to the meaning of these decisions of Synod 1994. However, there are already a number of ominous storm clouds forming on the horizon.

For example, in the debate that ensued after synod’s decision not to change the Church Order, a number of delegates indicated that they were unable and unwilling to regard the decision as “settled and binding.” Some indicated that they were prepared to act on their convictions and proceed with the ordination of women to office, contrary to the stipulations of the Church Order and synod’s declaration regarding the clear teaching of Scripture.

Furthermore, it has already become evident that a number of churches are planning to proceed with the ordination of women to these offices. Classis Grand Rapids East has met in special session and officially decided to permit churches the freedom to ordain women. It may be that other churches and even some classes will follow suit.

The question raised by these developments is: what has become of the official, synodically endorsed position of the CRC, when it is being openly defied by church councils and officebearers, many of whom are employed by and entrusted with their task by the denomination? These circumstances reflect a growing disparity between denominational policy and practice.

Here the following simple rule needs to be applied: what the denomination through its assemblies is willing to tolerate, it approves. Unless office-bearers and assemblies that practice or advocate ecclesiastical disobedience by proceeding to ordain women to the offices of minister, elder or evangelist, are disciplined in an appropriate manner. the decision of Synod 1994 to prohibit the ordination of women is not worth much.

Without the kind of discipline demanded by its own words, the disparity between the CRC’s synodical policy and actual practice may only widen so as to become a yawning chasm. And thus. the denomination may, by the decision of Synod 1994. only have made itself guilty of corporate hypocrisy.

Dr. Venema, contributing editor to The Outlook, initially addressed this subject in the July/August issue.