No one likes to be called a stock or a block. Our Reformed fathers who wrote the Canons of Dort did not fancy the name either. That is why they took the trouble to mention this matter in Chapters III–IV. Article 16. God’s grace of regeneration “does not treat men as senseless stocks and blocks, nor take away their will and its properties, or do violence thereto.”

The term was a favorite of the Remonstrants. Jan Hans Uytenbogaert, an influential Arminian preacher at the Hague, Netherlands, used the term to ridicule the Reformed position of sovereign grace. The God of predestination, the sovereign decree-making and decree-keeping God must! work in the sinner as in an animal or a stock or block. He tried to create the impression that the sovereign God deals with the spiritually impotent sinner in terms of mechanics and external compulsion. In this way the Arminians accused the confessors of predestination of encouraging hapless passivity and quietistic inertia.

This was part of their strategy. They did the same thing with the term irresistible. This word is a favorite of many Reformed theologians today. But it was not always so. Historically the word was thrown about by the Arminians. It was handled so easily against our Reformed fathers because it also can carry with it connotations of mechanical force. In the days of Dort it was used to create the impression that when God meets the sinner in gospel preaching we have a situation analogous to that of an irresistible force meeting an immovable object. In this way man’s responsible moral choices are reduced to nothing and the spiritually impotent sinner is reduced to the proportions of an immovable object or a senseless building block.

Many Reformed thinkers in the days of Dort intensely disliked the term irresistible. They preferred to speak of God’s powerful. unconquerable grace. Pareus once wrote a letter to the Synod of Dort and called the terms irresistibilis and resistibilis “bad Latin . . . barbarous and inappropriate terms” which Reformed thinkers ought to leave in the hands of their authors.(1) Pareus wanted to avoid associating God’s saving confrontation with sinners in the preaching of the gospel with anything mechanical and impersonal God’s creatures, even his totally depraved sinful creatures, are never stocks and blocks.

There is a popular way of speaking about predestination which can play right into the hands of the Arminians. Predestination ‘ as God’s decree is often popularly pictured as a blueprint. The God of the Bible is purposive in all his actions. He “worketh all things after the counsel of his will” (Eph. 1:11), and in sovereign insuperability “The counsel of Jehovah standeth fast forever, the thoughts of his heart to all generations” (Ps. 33:11). For purposes of popular instruction this counsel, this plan, is pictured in terms of a master blueprint which God thought out once before the creation of the world. Although a teacher in catechism might be able to use this illustration to good advantage it is not without its serious limitations.

For one thing a blueprint already places one in the area of building blocks. A blueprint is a static, lifeless petrifact. Without too much stimulation one could abstract the blueprint, the divine decree or counsel, from God himself. Then God becomes subject to his own decree and is bound in his activity. The plan becomes greater than God. God can thus be thought of as captive of his own decree, a thought which Karl Barth prefers to register against the traditional Reformed view of predestination. Sinful men become the building blocks and branches which the sovereign God of the decree cements into the structure of world history contrary to their moral wishes and volitional urges. Obviously those who use the illustration of the blueprint do not wish to create such impressions. But wish is not frequently the father of fact, except perhaps in fiction.

And there is another limitation to this popular illustration. A blueprint is something which can be mastered if one studies it long enough. In a blueprint everything must fit together and the relation of each part to every other part must be perfectly plain. If we consistently apply this to the counsel of God we will run into serious conflict with the Scriptures.

Of course we must try to trace the detailed interrelationships of the facts of history as God reveals these to us in the Bible. “The works of the Lord are great, sought out of all them that have pleasure therein” (Ps. 111:2). Those who have been touched by the living Spirit of Christ will want to trace out the ways of their Lord in order that they may bring him proper sacrifices of adoration and praise. But in this work we can only think God’s thoughts after him and never like him. Ours must be the sensitive attitude of the “Preacher” who wrote in Ecclesiastes 5:3, “Be not rash with thy mouth, and let not thy heart be hasty to utter anything before God; for God is in heaven and thou upon earth: therefore let thy words be few.”

To help us in this work of tracing out the thoughts of God’s counsel after him we must remember that God’s counsel, his all comprehensive decree, is God in action. To be sure it is an opera ad intra, an intratrinitarian act of God; sovereign, eternal, and unconditioned by anything or anyone other than God himself. Bavinck once wrote that we must not think of God’s counsel as a plan that lies finished somewhere in eternity waiting to be executed. “But God’s counsel is the eternally active will of God, the willing, decreeing God himself. It is not something accidental in God but it is his eternally active will which is ever one with his Being.”(2) So when we speak of our sovereign God as determining everything according to his will and Being we must not ‘think of both God and man as bound by an impersonal blueprint. We must see a unique, dynamic meeting of God and man in which the sovereign Creator and Redeemer acts according to his purposive good pleasure in perfect harmony with man’s responsible choices. The God of the decree is man’s Creator. The Creator can sovereignly determine every action of the creature without implicating himself in sin and without in any way prejudicing the responsible choices of man.

The decreeing God and the determined creature are not on an equal level. They do not stand on a par. If we think of them as equals we run into problems of forced behavior, external compulsion, mechanistic action. One human being cannot determine the course of behavior for another human being without infringing upon his responsible moral character. But that is not tho situation with the predestinating God. He is the Creator, and the Fashioner of man can determine his activities without reducing him to the status of a stock or block.

This is the spirit of the Scriptures. It is revealing to notice that many references to God’s decree are made in a historical situation which is highly charged with moral responsibility. For example, Jesus speaks of these two matters in one breath. “For the Son of man goeth, even as it is written of him: but woe unto that man through whom the Son of man is betrayed! good were it for that man if he had not been born” (Mark 14:21). Peter was at the blessed supper when these words were spoken. Later on after Christ’s Pentecost Spirit led him into all truth we hear him preach. Speaking of his Savior he said, “him, being delivered up by the determinate counsel and foreknowledge of God, ye by the hand of lawless men did crucify and slay” (Acts 2:24).

Peter did not balance the one off against the other. There was no problem for him because he knew that the decreeing God is man’s Creator. And the Creator can sovereignly determine every action of the creature without in any way compromising man’s moral wishes. We must not juggle with divine determination and human responsibility in the spirit of “now a little sovereignty” and “now a little responsibility.” It is the Creator God’s sovereign determining activity which makes responsible moral behavior possible.

The authors of the Westminster Confession of Faith caught the meaning of this biblical fact. In Chapter III of that Confession we read: “God from all eternity did, by the most wise and holy counsel of his own will, freely and unchangeably ordain whatsoever comes to pass: yet so, as thereby neither is God the author of sin, nor is violence offered to the will of the creatures, nor is the liberty or contingency of second causes taken away, but rather established” (italics mine). 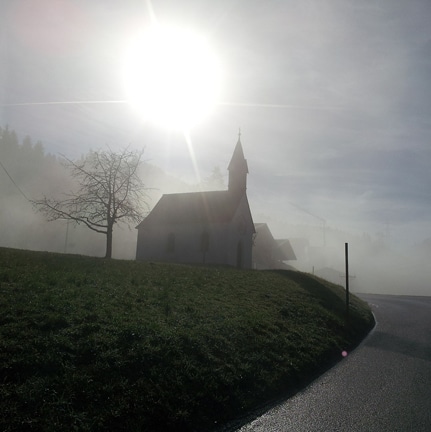 I also want to mention what we find in Matthew 11. Our Savior had done much in the regions of Capernaum to bring the lost sheep of Israel to repentance and faith, But it looked as if he were a failure, Countless miracles, many entiCing words of a Savior’s compassion appeared to have been wasted. But right in the middle of what looked like a defeat our Lord thanks God. “I thank thee, O Father, Lord of heaven and earth, that thou didst hide these things from the wise and understanding, and didst reveal them unto babes; yea, Father, for so it was well-pleasing in thy sight” (Matt, 11:25, 26). At precisely that time be relates the tragic story of their unbelief to the good pleasure of God, As an obedient Son he rests his mediatorial heart on the bosom of the Father’s good pleasure.

Then, just as be rests his heart on the Father’s good pleasure, he issues one of his most tender and moving pleas. It is the summons of his love, spoken in the consciousness of his saving program, uttered in a love as only our Savior can love. “Come unto me, all ye that labor and are heavy laden, and I will give you rest. Take my yoke upon you, and learn of me: for I am meek and lowly in heart: and ye shall find rest unto your souls” (Matt. 11:28, 29).

There is the figure of the potter and the vessels of clay which he fashions on his wheel. This is a common figure in the Scripture used to emphasize the sovereign character of the Lord’s activities, Isaiah uses it in chapter 29:16; 45:9; 64:8. Paul uses it in Rom. 9:21. Jeremiah 18 employs the figure also. The Lord said, “O house of Israel. cannot I do with you as this potter?” (verse 6) And what did the potter do? When a vessel was marred he refashioned it as seemed good to him. He sovereignly determined the shape of the vessel. But right in the midst of this lesson God also says this. “At what instant I speak concerning a nation, and concerning a kingdom to pluck up and to break down and to destroy it; if that nation, concerning which I have spoken, turn from their evil, I will repent of the evil that I thought to do unto them” (vss. 7, 8). Then God applies this to Israel whom he had chosen and summons them to amend their ways to return everyone from his evil way (vs. 11). Once again there is a full accent of sovereign determination which underscores man’s moral choices.

Thus it is the sovereign God of the decree who makes possible our responsible choices. And that is just one good reason why predestination ought to be preached to God’s people. It stimulates sinners to choose this day whom they will serve (Josh. 24:14ff).