I refer to an article which appeared in the September issue of your paper, entitled “The Future of Our Christian Schools,” by Mr. Raymond J. Geerdes.

In the article he calls attention to the report of the Board of Education of the Reformed Church in America on the subject of Christian Education. He is correct in assuming that the report constitutes an attack on the philosophy of education as it is understood by the National Union of Christian Schools. The report, you understand, was not initiated to be such; it was intended to be an objective study of the philosophy of education prevalent in the Reformed Church in America. I respect the men who brought the report, but totally disagree with their findings; and must sadly confess that it is far from an objective report. One almost gets the impression that it was initiated to show that primary and secondary Christian Education is not necessary. It seems to me it flagrantly flaunts the principles of psychology and more serious yet, the Biblical principles of education.

I should like to call attention to an error in statement in the article, however. The General Synod did not adopt or approve the report. The Board did, except for two members. But the General Synod only passed a motion to authorize the expenditure of money to send the report to each minister of the denomination. It did not come before the Synod for approval and was not approved. This, to some of us who do not agree with the report is important, and I should like to correct the statement of Geerdes.

Nothing has been heard since the report has been sent down. It has received more comment outside of the RCA than inside. That may be indicative of the regard for the report. Maybe I should write an article for your paper from a Reformed Church minister’s point of view? All in all the Report of the Board of Education of the RCA does constitute an attack upon the philosophy of education.

Fraternally, in Christ our Lord, 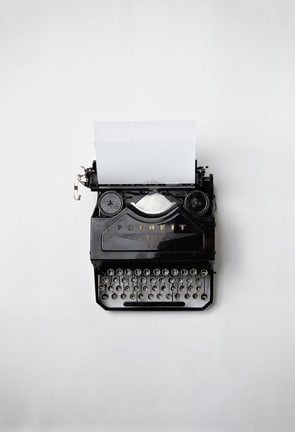 The Rev. Johnson’s letter is extremely heartening. It is positive evidence that there are those in the R.C.A. who are committed to Christian education, and who will work actively to advance the cause within their own circles.

With this in mind I most willingly acknowledge the error of fact in my recent article in the September issue of the TORCH AND TRUMPET entitled “The Future of Our Christian Schools.” I now recognize that the General Synod of the R.C.A. did not officially adopt or approve the report on Christian education. It would be pointless to argue that the report of synod’s duly constituted Board of Education is the official position of the synod, or that the motion to authorize expenditure of money to have the report sent to all consistories and ministers constituted endorsement. Therefore I stand corrected.

In our local Christian school we have active and enthusiastic support by a group of parents from the R. C. A. The students from the R.C.A. are good citizens of our school. The love of the cause knows no clear-cut denominational lines.

My hat is off to Rev. Johnson and others of like mind. May the Spirit give them courage and wisdom in their struggle for commitment to Christian education within the R.C.A. as we struggle for such continued commitment within the C.R.C.