Sebastian Castellio departed John Calvin’s Geneva in June 1544. Though he left the city with a letter of reference from Calvin, Castellio departed in bitterness. The rift between Calvin and the first rector of the College of Geneva is traceable, in part, to the canonicity of the Song of Solomon. Castellio had described the book as an obscene love poem, unfit for inclusion in the Word of God. Calvin defended the inspiration of the Song as well as its suitableness for the church.

This incident merely reminds us that the struggle over the nature of the Song of Solomon is not new. Others before us have faced the challenge of this small book and we are called once more to address its meaning for the church today.

This Song which is Solomon’s— Song of Songs—Canticle of Canticles (as it was called in the 16th and 17th centuries)—this sensuous love song beckons us to a wedding. The wedding to which we are invited is situated at the climax of an elaborate courting ritual. But this wedding is also anticipatory of the everyday sameness—the humdrum routine—when the honeymoon is over. 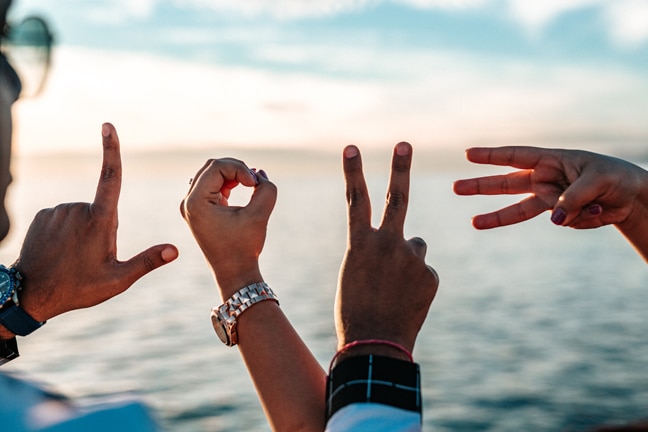 Solomon’s Song beckons us to sense marital love as God intended it. Not crude, vulgar sex with its contemporary pornographic overtones. Not sex as an idol of pleasure through which the High Priest of the Playboy cult, Hugh Hefner, has become a millionaire, as well as the cause of the suicides of several foolish women who sold their bodies to him. No, Solomon’s Song beckons us to marvel at the beauty, the grace, the loveliness of marital love. Love which begins in the yearning affection of courtship (chapter 1); love which ripens in the joyous exhilaration of the wedding night (5:1); love which deepens in the maturing passion of two becoming one (chapters 7 and 8).

All these rich sensations occur in the experience of two persons—a man and a woman. A man and a woman sensuously tasting, seeing, smelling, hearing, feeling love. Was it not so in the beginning? Was it not so when the first man and woman sensuously experienced love. Love which tasted very good; love which felt very good; love which ear and eye and nose sensed was supremely, superlatively, very good! Did not God himself make it so? Did not God himself make this love very good? Sensuous love, sensuous male-female love—very good, sensuous man-woman love. “And God saw all that he had made and behold it was very good“ (Gen. 1:31).

Solomon’s Song takes us back— back to that first garden where God introduced woman to man as his complement. Solomon’s sublime song enables us to sense how it was when the Lord God Himself brought Eve to Adam. For, you see, the Lord God knew—yes, God knew that it was not good for the man to be alone—incomplete, without a helpmate. So the Lord God fashioned the man’s other self—his perfect mate—his other half—his one and only—and behold she was very good!

Solomon’s Song is set, for the most part, in the springtime of the year (2:10–13; 7:12). The flowers are bursting their blossoms; the fruit trees are green and fragrant; the birds are singing over their nests; kids and lambs are frolicking with the flock. New life is breaking forth—the fruit of the union of male and female is springing to life (7:11–13). The whole world expresses the exuberance, the vigor, the companionship which the man and the woman share in the stages of love: courtship, wedding, consummation, life-long marital union.

Solomon’s sensuous drama set against the newly created springtime of the year occurs in a garden location (6:11; 8:13). In a garden, Solomon and his Shulamite (as she is called in 6:13) court, wed, grow to profoundly fathom love which is as strong as death (8:6). Our lovers walk in a garden—a paradise of trees and animals and streams of water. Their sense of love projects them back to another garden—a garden paradise in which the first man and the first woman were united. Solomon’s Song is a poem of ecstasy—a celebration of what that first couple tasted, naked and unashamed (Gen. 2:25).

But Solomon’s Song is in the Bible after the Fall of man and woman into sin. The Song of Solomon comes after Genesis 3. This after-the-Fall love poem cannot ignore the fact that the first marriage with its sensuous delights and paradise garden has been marred, tarnished and corrupted by the Fall. Sin has sullied man and woman’s sensuality. The Shulamite pursues Solomon through the streets (3:1–5), pursues him whom her soul loves; frantically seeks him, actively pursues him, but cannot find him. Love’s estrangement comes home in a fallen world; love’s loneliness overpowers her as she lays upon her bed in the night watches. But him whom her souls loves—him whom she cannot find—is replaced by the watchmen who do find her. Her loneliness is expressed in the phrase, “Have you seen him?“ (3:3). There is a happy ending to the separation and lonely pursuit in chapter 3! She does find him whom her soul loves and they are joyously reunited (3:4, 5).

But the pattern of estrangement and separation will be repeated in chapter 5. Following the intimate wedding scene of 4:16 and 5:1 (and I should note as an aside that these two verses are the center of the book; the hinge on which the two sections 1:1–4:15 and 5:2–8:14 swing—the place where God himself places his benediction upon the two lovers on their wedding night when he says, “Drink and imbibe deeply, O lovers“)—following this intimate wedding scene, the Shulamite once again seeks her lover who has withdrawn at her rebuff (5:2–8).

As he comes home late from work one night, she says, “I have put off my robe; I have washed my feet” (5:3), do I have to get up and open the door? You see, she falls into the trap of the humdrum which occurs in every marriage. She has become presumptuous—complacent. In her now post-married estate, she has forgotten that she does not belong to herself, but that she and he belong to one another as one flesh. Her weariness—her exasperation—her selfishness—is a rebellion against the oneness of marriage. When she finally gives in because he keeps on knocking, she gets up to find him gone (5:6). He has become exasperated! And so he has withdrawn, absented himself. He has become distant and remote. Once again, she frantically pursues him, but this time (unlike chapter 3), the watchmen find her and beat her, striking and abusing her as if she were a common street prostitute (5:7).

And yet, precisely that condition is the reason Solomon’s love song is in the Bible. After the garden, from this side of the Fall, men and women need a revelation of what love ought to be—of what it once was—of how God made it—of how that first marriage remains a model even after the Fall.

The eschatological Solomon, Jesus Christ, sings a poem of love to his Bride; she reciprocates with a poem of ecstasy to her divine Lover. Together they possess and caress one another in the bonds of love in the paradise garden of God. And it is to that eschatological wedding — that eschatological marriage — that eschatological union — that Solomon’s Song and the Marriage Supper of the Lamb beckon the sons and daughters of God. This sublime song of the king in Jerusalem invites Christian men and women, Christian husbands and wives, to taste and see that what was in the beginning, though corrupted by the curse, nevertheless in its eschatological relation transforms the union between a man and a woman to a heavenly ecstasy — a divine intimacy.

The new order invades the old; the eternal penetrates the temporal; the protological returns in the eschatological; the horizontal is invaded by the vertical. Only this redemptive-historical approach allows the believer to fully comprehend Solomon’s sublime Song. Only the eschatological perspective—the Christ-centered approach—makes sense of the Song of Solomon.

The Song of Solomon is a revelation to believing men and believing women that sexual love within marriage — even marriage in a fallen world — sexual love in marriage can express the intimacy of the world to come. Even now, that heavenly ecstasy may be tasted in part. But when our mystical union is fully consummated in glory, how sweet that will be! How ecstatically sweet that will be! How perfectly passionate will be the affection of our divine Lover for us.