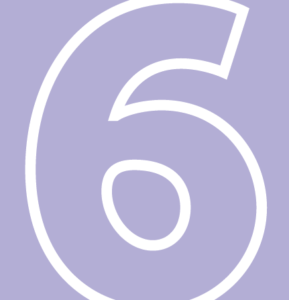 Noah by nature deserved to be destroyed because of his sin against God. “But Noah found favor [or grace] in the eyes of the Lord” (Gen. 6:8, English Standard Version). God graciously provided him and his family the ark—a means through which they could escape from the flood of God’s judgment against sin. Likewise, in our natural condition, we deserve to perish in hell; but God graciously provides us a savior in the person of his Son through whom we can escape from the fire of God’s wrath in hell. Noah and his family did not deserve the ark. We do not deserve Christ. We do not deserve heaven; we deserve hell. But God gives us the exact opposite of what we deserve. Amazing grace!

Noah did not design the ark. God did. Noah did not plan for his deliverance. God did. In the same manner, God is the one who plans for our deliverance from the power and penalty of sin. God gives us his Son, so that through faith in him we might be saved from sin. And God has planned this provision of salvation before the creation of the universe (Eph. 1:4). Imagine this: If you are a believer in Christ, God was already planning for your salvation even before you were born. He was already thinking of you, before you were even able to think of him. You think of him because he first thought of you.

A man once came to D. L. Moody and said he was worried because he didn’t feel saved. Moody asked, “Was Noah safe in the ark?” “Certainly he was,” the man replied. “Well, what made him safe, his feeling or the ark?” The inquirer got the point. “How foolish I’ve been!” he said. “It is not my feeling; it is Christ who saves!”

4 Just as Noah and his family must come into the ark for their safety, so must we come to Christ for our salvation (Gen. 6:18).

First, they shall come into the ark in response to God’s command. In Genesis 7:1, God commands Noah, “Go into the ark, you and all your household.” To deliver them from the flood is God’s work, but to enter the ark is their responsibility. If Noah and his family don’t come into the ark, they will perish. Jesus also commands us to come to him: “Come to me . . . and I will give you rest” (Matt. 11:28). To give you rest is Christ’s work, but to come to him is your responsibility. You must come to Jesus by faith, or else your soul will forever be restless!

Third, they shall come into the ark individually. Noah must enter the ark and so must his family. Noah cannot come on their behalf. They must come by themselves. In the context of salvation, no one can come to Christ on your behalf. You yourself must come to Jesus by faith. Salvation is personal.

The door of the ark did not stay open all the time. God shut it in his appointed time. God shut the door for the protection of those inside and as a punishment for those outside.

Once the door has been shut, there is no more opportunity for people to come into the ark and be rescued from the flood of God’s punishment. Imagine those who were outside the ark when the flood came! “Seek the Lord while he may be found; call upon him while he is near” (Isa. 55:6). Remember, the offer of the gospel is a limited-time offer. If you are still an unbeliever, I urge you to come to Jesus now for your salvation, while he may be found. Knock, while the door of heaven may be opened for you. Once the door is shut, there is no more hope for you. Oh, dear unbeliever, when will you repent of your sin and believe in the Lord Jesus Christ?

6 Just as the coming of the flood was unexpected, so is the second coming of Christ unexpected.

The flood came down suddenly upon the ungodly in Noah’s day. Although they were informed and warned, they did not know the exact time of the coming of the flood.

Jesus will come again, and he will come unexpectedly. Do you prepare for his return? Are you prepared to meet him?

At Calvary, God poured his wrath upon his only begotten Son. The flood of God’s wrath came upon his Son. God the Father shut the door of heaven, as it were, and Jesus was locked out. This inexpressible feeling of being shut out caused Jesus to cry out loudly, “My God, my God, why have you forsaken me?” (Matt. 27:46). Imagine the cries of the people who were locked out in Noah’s days. But here’s the gospel: at Calvary, God locked his Son out, so that he could open the door of heaven for sinners who will believe in his Son. Through faith in Christ, sinners can now enter into the joy of heaven (Matt. 25:21). Do you believe in Jesus Christ? “Whoever believes in the Son has eternal life; whoever does not obey the Son shall not see life, but the wrath of God remains on him” (John 3:36).

Rev. Brian G. Najapfour is the pastor of Dutton United Reformed Church, Caledonia, MI, and author of The Very Heart of Prayer: Reclaiming John Bunyan’s Spirituality (2012), Jonathan Edwards: His Doctrine of and Devotion to Prayer (2013), and The Gospel-Driven Tongue (2017). He and his wife, Sarah, have three children, Anna, James, and Abigail. He blogs at biblicalspiritualitypress.org.