Not your prototypical “60’s child,” the founders of Boise’s Cloverdale United Reformed Church nevertheless trace their beginnings to the close of that turbulent decade. Although some might say the 60’s passed Idaho by, five Christian Reformed families who had moved to the area did not, and began meeting in homes for Bible studies.

Classis approval for Sunday worship came in 1976 and services began in Caldwell, Idaho, 25 miles west of Boise closer to the western edge of the “Treasure Valley” which encompasses a 50-mile irrigated agricultural area bordered by the Boise National Forest on the northeast and the Owyhee Mountains to the southeast. Within a year, the CRC’s Home Missions Board adopted Boise as a field. Pastor Don Lagerwey was installed in February of 1978 and led the first worship service for ten families. By December the church had 12 member families and six nonmember families.

The “Cloverdale” name came about in April, 1979 when 4.8 acres on rural Cloverdale Road was purchased with the help of Home Missions. The purchase included a parsonage. Elders and deacons were elected in November of 1979 and services continued in school gyms and a rented church building. 1981 brought the construction of the present church and the first Summer Workshop Missions Team.

Pastor Lagerwey accepted a call to Redding, California in April of 1982. After nearly a year of interim pastorship, Reverend Peter Vosteen arrived and was installed in March 1983. Pastor Vosteen initiated a period of reorganization and focused the congregation on evangelism and church growth. Many contacts were made and the church was blessed with rapid growth, adding the east education wing in the spring of 1984. In 1985 Pastor Vosteen also began a radio ministry outreach.

Mr. Jim Stastny was hired as Assistant Pastor during this time of growth. Soon, however, the generally depressed local economy began to take families out of the area and the position was dissolved in September of 1987. Two years later, Pastor Vosteen accepted a call to serve the CRC congregation in Lynnwood, Washington.

After two years of prayer and perseverance, the congregation of forty five families extended a call to Calvin Theological graduate, Reverend Ed Marcusse. Pastor Marcusse, his wife Denise, and their four children came to us from Grand Rapids, Michigan in September 1991. The Lord continued to bring growth to our church and in summer, 1994, the north education wing was added. We can clearly trace God’s hand upon us in the way He has guided us through the years.

In November of 1996 our church congregation (now 68 families) voted to leave the Christian Reformed denomination because of on-going theological disagreements. This decision made it necessary to repay the Home Missions loan, which financed our beginning. A special offering was taken in December 1996 raising the needed $152,180.00 – Praise the Lord! After much discussion and prayer our church voted to join the United Reformed Church. A mortgage burning ceremony was held following a congregational meeting in 1997.

In July of 1998, Pastor Marcusse accepted a call to Bethel URC in Calgary, Alberta. In August 1999, after a year of interim pastors, the congregation called Rev. Daryl Kats. His wife Suzi and their two children came to us from Beaverdam CRC in Hudsonville, Michigan.

Cloverdale United Reformed Church currently enjoys a membership of approximately 90 families as we give God all the glory for a providentially blessed 25 years. 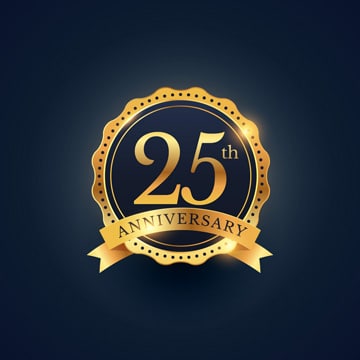