It is remarkable how many of the issues which have arisen in the Christian Reformed Church have be­ come issues also in the Reformed Churches of the Netherlands. There was a time when doctrinal controver­sies in that Church were imported into our own denomination. We think, for example, of the questions of infra- and supralapsarianism, mediate or imme­diate regeneration, presumptive regeneration, and others. However, dur­ing the last few decades the tables seem to be turned. Issues that first arose in our group became matters of controversy later on in the Reformed Church. Biblical criticism, common grace, worldly amusements, dispensa­tionalism, ecumenism, not to mention others, have had their repercussions among the Calvinists in the Nether­lands as well as among us.

Even the issue which was raised by the appearance of Dr. Harry Boer’s booklet, “That My House May Be Filled” is now being discussed in the Reformed Church of Holland. There too some take the position that pros­pective members, especially those who come from without, should not be required to signify their agreement with the Three Forms of Unity. Some suggested that such members should be asked only to subscribe to the Apostles’ Creed. This drew the fire of Dr. Bakker, one of the contributors to Gereformeerd Weekblad, who stated that even avowed Roman Catholics could be admitted on that condition.

Dr. Brillenburgh Wurth, one of the outstanding scholars in the Reformed Churches, has also taken issue with those who subscribe to the position which among us is being propagated by Dr. Boer. In reply to a correspon­dent who disagreed, Professor Wurth wrote as follows in a recent article:

“Does it not vex us that sometimes we must refuse membership in the church to some whose sincere faith in Jesus Christ, and consequently their membership in God’s Church, we do not dare to question? That is doubtless a vexation. But our churches have a confession. And a confession, the writer agrees, should naturally be maintained. That lies in the very na­ture of a confession. A confession which is not binding ceases to be a confession of God’s truth.

“But when the writer of the letter thinks he has found the solution of this painful problem in drawing a line of separation between office-bearers, who are bound to the Three Forms of Unity…and ordinary members, who may be satisfied with a confes­sion of the Apostles’ Creed, then the objection which Dr. Bakker has raised is indeed pertinent that this is not merely a practical difference but an official division of the congregation into two parts, which cannot be called reformatory (‘reformatorisch’). In that case the value of the confes­sion of our Reformed churches (em­ bodied) in the three Forms of Unity is attacked. For the ordinary mem­bers the Apostles’ Creed is sufficient, but for the office-bearers the rest of our confessions are added as a sort of luxury, which is not virtually binding; for otherwise it would have to be binding for all. For do we not be­lieve that what we confess therein is God’s truth? If not, the Church would have no right to confess it. If it were only theology or a kind of secret doc­trine for the initiated, it would not properly be the creed of the Church…

“If we no longer have the courage to bind all members of the Church to our confession, because we think this requires more than we are permitted to ask, on the basis of God’s Word, of believers in Christ, then we must relinquish that confession for all or for­mulate a new confession. 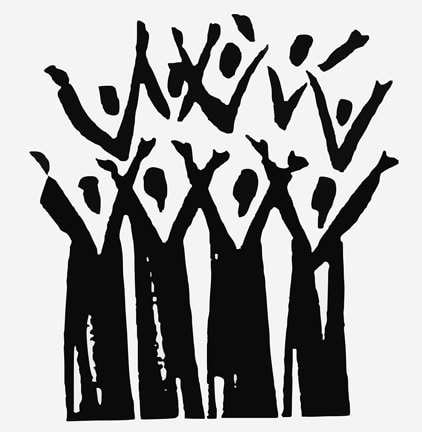 “But as long as we see in this con­fession, in spite of all its faults, the expression of God’s saving truth, we must continue to declare it binding for all. Should we, in consequence thereof, be compelled in a certain in­ stance to exclude some one who, per­haps in God’s judgment, does belong to his one true Church, then the re­sponsibility for that situation is not ours. At least, not if we maintain the confession in the spirit of the Scrip­ture and hence in wisdom and love. For the confession of the Church is not something with which we un­justly burden the consciences of be­lievers. Heaven keep us from having and maintaining such a confession. That confession is intended for all believers as the endeavor to teach them to sing the praises of God’s re­ deeming truth. Only such a confes­sion is worthy of the name…”

Rev. William Haverkamp, who quoted part of this passage in a re­ cent article in De Wachter, concludes with the statement: “We see that the reasoning of Wurth comes down to this: If we don’t bind the members of the church to the confession it makes no sense to have confessional stand­ards.” We agree. The purpose of our creeds is not to put them on display as antiques, or to serve merely as records of the doctrinal insights of former­ generations. They are the Church’s official interpretation of the Scripture in its most fundamental teachings. As such they are the flag under which it sails and to which it pledges alle­giance. Thus the creed fosters unity instead of division.

Those who cannot subscribe to our confession are free to join the Church with which they are in closest agree­ment. As long as not all Christians can agree on the proper interpretation of Scripture, denominations are neces­sary. Since all these denominations have formulated their beliefs in their creeds, those very creeds reveal not only their differences but also their essential unity, for there are many more doctrines on which they agree than on which they differ. If those various Churches had no confessions, or doctrinal standards, their common faith and their fundamental unity would be far less apparent than it really is.