The proposition that double taxation in regard to private schools is wrong has been set forth in previous articles in the Torch and Trumpet (April, July 1955, Jan., May, 1956). The thesis was, as you will recall, that all schools, regardless of race, creed, or color. are entitled to their fair share of public school tax monies in proportion to the number of students enrolled. In the May issue we presented some of the questions that are most frequently raised in this connection and gave our answers to these questions. Here are some of the other questions.

An American reader living in Japan writes: I do not think that under the present system you are correct in saying that there is double taxation. There is no double taxation for schools that I know of.

Technically, this reader is absolutely right. There is only one tax levied for schools and that is for the public schools. The money raised for the Christian schools is voluntary. But in actuality it is the equivalent of a double taxation. The Christian school parent out of necessity before God must pay for the tuition of his own children. Then the state unjustly compels him to pay for the education of children that are not his in the public school. Historically this is a term that has been used by Protestants, Roman Catholics and “neutralists” in times past. “Double burden” would be more accurate, technically, although “double taxation” is more pointed. 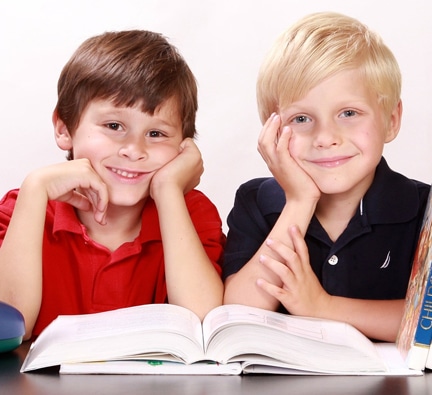 Whether the Christian wants it or not, the government right now exercises control over his private schools. It regulates by law the sanitary conditions in the school. the safety measures, fire laws, certain subjects to be taught, teachers’ qualifications, scholastic standards, the number of days a pupil must be in school, and similar matters. The Christian does not object to this lawful control by the government. Certainly he would not want the government to exercise any arbitrary and dictatorial control over the schools. But this is not at all necessary under the proposed system, as has been proved by well-tried historical cases. In certain provinces in Canada, for example, people indicate on their tax returns where their school money should go, to a private or public school. In Switzerland. England, Ireland, and Holland. where private schools are not discriminated against for their religious orientation, there is no interference by the government. In Louisiana, as well as four other states, the state pays for the textbooks of children in private and parochial schools. And through the G. I. Bill of Rights. billions have been paid for the education of students in Protestant and Roman Catholic, as well as God-less, schools, and the government has not interfered. Other examples could also be cited to show that the abolition of unfair taxation need not result in undesirable government control.

An educational leader asks in effect: Would taxpayers who have no children be excused from paying any school taxes?

No. Under the present system even parents who do not have children of school age are responsible for the education of the children of the land as a whole. This is a good principle even if double taxation is done away with. It would be fairer, however, if they were allowed to indicate to which school their share of school taxes should go, as is done in some Canadian provinces. It would also be fair in the long run if all school taxes were simply distributed on the basis of the number of children in a school, regardless of its religious orientation.

Wouldn’t such a system cause inefficiency since there might be many schools instead of a few large public ones?

It is true that there would be a little more inefficiency since mass production is usually cheaper. But two things must be remembered:

1) For the sake of efficiency there would have to be a minimum number of students in a school before a school could qualify for tax money. In the Netherlands it is approximately fifty. This would eliminate the mushrooming of schools with only two or three pupils.

2) Mass production such as in the public school system may be more economical, but it may produce poorer schools, too, and certainly schools against your religious convictions.

This system you advocate is against the law of our land. Historically the Supreme Court is against it.

This statement is too true. That is why it is necessary to write articles and answer questions on this matter. But the fact that a principle has been declared wrong in courts is no excuse for Christians to be satisfied with the status quo. If what they believe in is just, and in this case I am convinced that it is, then they must strive and fight to enlighten the people and the courts to see the error of their former decisions.

In a following issue we will conclude these questions and answers.