The subject of “double taxation” in reference to private schools is very controversial. In the last one hundred years America has not been accustomed to any other system than the present one. Therefore, when the subject of changing our existing laws and customs is broached, a great reaction is created. Below are some of the questions and fears which arise in the minds of many concerning the proposal to reallocate our present school taxes. The proposal that was set forth in this magazine and elsewhere was simply that the tax money which lis collected from all should be distributed to all the schools without distinction and not to the few; and that all private schools should receive their fair share of school tax monies in proportion to the number of their students. (See Torch and Trumpet, April, July 1955 and Jan. 1956; The Banner, Dec. 10, 1954, etc.) Here are some of the questions.

We would agree one hundred percent with the questioner. If Christians want their own special schools, then they must be willing to pay for them. That is their burden, and their responsibility. They may not shirk their duty, and they may not ask others to pay for their Christian schools. 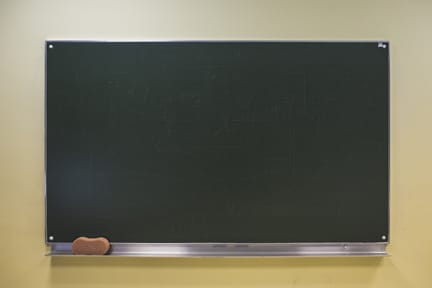 So, we would say, yes, by all means, let the Christian pay fully for his Christian schools, just as he is doing today, but likewise, by the same token, let the public school patron pay for his, too. Let him shoulder his full financial responsibility the way the Christian does. Do not make the Christian support him, too. That is all we advocate.

I can see that what you advocate is a matter of justice. But is it true that in The Netherlands, where they have this system of equality for all, the spirituality of and the interest in the Christian schools have declined simply because the supporters have no struggle with the finances? When things come easy, sometimes interest slackens. And we do not want that in America.

We must always be very realistic. I believe that it is a psychological fact that when people have to sacrifice they are drawn closer to the object of their sacrifice than if it were handed to them on a golden platter. Moreover, Jesus said: “Where your treasure is, there is your heart also.” And if we give twice to the Christian school instead of once, we will have to sacrifice more and we will have more treasure there. Hence we will love it more.

So far I am speaking generally. As for The Netherlands, how much this is true. I am in no position to analyze. There are too many factors involved to make a simple answer.

But even if I were true, it would be unthinkable to do something unjust and unfair in order to increase interest and love for the Christian schools. I am going out from the conviction that double taxation is unjust in that it is discriminatory against a person just because he has religious convictions. If this question is not a matter of justice and equality for all, then we should drop the matter at once. For I am not interested in the Christian schools’ getting something that is not lawfully theirs. If, then, double taxation is unjust, it would not be biblically defensible to advocate a continuation of injustice in order to attempt to promote interest in the schools and their spirituality. That would be giving in to the Jesuit principle that a good end justifies a bad means. The simple question is this: Is double taxation right or wrong? If right, then let us not oppose it. If wrong, then we must oppose it regardless of the possibility of some loss of interest in Christian schools.

No Christian would ever think of advocating that the government levy a special unfair tax on his church just to stir up a love for it. Let us not do the same for the Christian schools.

I am in full agreement with what you say about the inequality of our present school tax system. IBut what I am afraid of is Rome. We know how dictatorial and undemocratic the Roman Catholics can be when they are in the majority. Would this new system that you are advocating help Rome, since she has so many parochial schools? If so, I am against it.

In answer to this question we must not dodge the facts. Yes, such a system would aid Rome because she would also be relieved of paying twice for her children’s education. The money which she normally pays in taxes for the education of public school children could be used for Roman Catholic purposes.

Of course, the same thing is true for the Protestant schools. Think how many millions of dollars annually could be saved by the Christian Reformed churches alone if the parents of that denomination were not forced to pay twice for one education.

Regardless, however, of the savings this new tax system would bring to Protestants, the fundamental question is this: Is double .taxation just or unjust? If it is wrong and unfair, then it is unfair to a Roman Catholic just as well as to a Seventh Day Adventist, a Lutheran, a Baptist, or a Calvinist. And as a Christian, I do not believe that it is morally right to fight Rome or anybody, even the Devil, with unfair and unjust methods. We may oppose Rome with prayer, the powerful preaching of the Word, and vigorous discussions, but we would be using her own jesuitic methods if we opposed her with an unjust tax system. Furthermore, certainly God will bless our struggle against Rome more if we use methods that are in accord with his Word than if we use unfair ones, even though humanly speaking it would seem that Rome would gain.

You see, in all of these discussions we. come back again and again to the one question: What is fairness, justice, and equality?

There are several other questions that critics ask about this proposal to change our present school tax system. We will take these up in a later issue. In the meantime your reactions to these ideas are most welcome. Discussion sharpens our thinking. Any who wish to correspond further about this whole problem as presented in these questions and answers and in former articles, whether in agreement or disagreement, may write to the author, Spring Lake, Michigan.