Over the years the Rev. Neal Punt has had his own unique {not to say confusing} view about who will be saved and who will not. More than a decade ago his writings created some controversy in the church, a controversy in which I also took part. I was hoping that Punt had come to a more BibIical position since that time, but alas, he has not. He sets forth his views again in the January 5, 1998 Issue of The Banner. I feel compelled to express my disagreement once more. Since the matter is not unimportant. I hope The Outlook will allow me a few comments.

I would like to ask: If Jesus is the only way, where do we hear about this Jesus? Isn’t it in the gospel? The Canons of Dort (III/IV, Art. 6) calls the ministry of reconciliation “the glad tidings concerning the Messiah.” So the gospel is about Jesus, and Jesus is revealed in the gospel. If Jesus is the only way, how do people come to know Him and believe in Him apart from the gospel? Doesn’t it follow that people must hear the gospel to be saved? Paul says in Rom. 10, “And how can they believe in the one of whom they have not heard? And how can they heart without someone preaching to them?” Can you separate Jesus from the gospel, or vice versa? I fail to see Punt’s “logic” here. 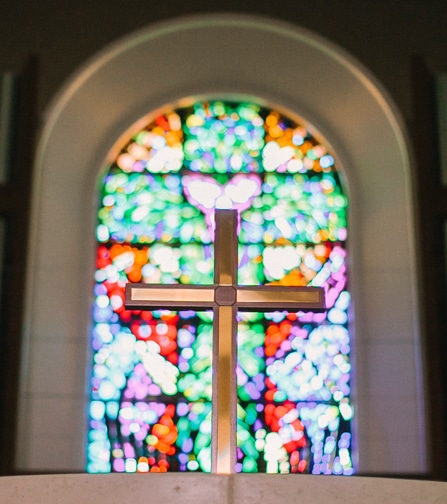 Original sin: Punt does not believe than anyone receives eternal condemnation because of his fall in Adam: “We cannot demonstrate from Scripture that God has chosen to consign anyone to everlasting damnation on the basis of their sin in Adam.” Only those who hear the gospel and then deliberately reject it are lost. But the Bible says that we are by nature children of wrath and “lie under the curse” (Canons). They are “dead in sin and in bondage thereto” (Canons). We read in John 3:36 that the wrath of God remains on those who do not believe. Note that it was on them by nature, and now remains on them. That means they are damned without the gospel. Only those who believe in Jesus Christ are “delivered from the wrath of God and from destruction” (Canons 1,4). We say in our Form for Baptism that our children “are subject to all manner of misery, yea, to condemnation it. self.” But then they are “sanctified in Christ.” Punt should remember that in Adam we all did purposely and deliberately turn away from God. WE rejected God, and unless we turn to Him and repent, we will perish. That’s why we have no reason to believe that all children are saved. Our children, too, turned against God, and without God’s gracious covenant and salvation, there is no reason to believe that they are saved.

Punt thinks that even a pagan can “act justly, love mercy and walk humbly with God.” The Bible says something else (see Romans 3). L.D. III of the Heidelberg Catechism says that “we are so corrupt that we are wholly incapable of doing any good.” Punt should note that even for those who “do the things required by the law” the wrath of God is revealed from heaven against all the godlessness and wickedness of man. Punt has a more optimistic view of the natural man than the Bible has.

Careless use of Scripture: That’s Punt’s accusation of those who hold to the traditional view. But Punt himself cites all kinds of texts to try to prove his point: that Christ died for all. But generations of responsible exegetes have shown that those texts cannot be made to say what Punt wants them to say. And talk about careless use of Scripture: Punt’s two textual pillars that he uses for his approach collapse entirely at closer scrutiny. They are Romans 5:18 and I Cor. 15;22. I simply cannot understand how Punt comes up with such a superficial interpretation of these texts. As dozens and dozens of responsible Reformed exegetes have shown, these texts are not concerned about numbers at all: they simply state the modus operandi of how God deals with people. All that Paul wants to say is this: There is the principle of the one for the many; Adam and Christ represented others. So all Paul is saying is: All who died, died in Adam; all who are made alive are made alive in Christ. No more, no less. I wish Punt would show some responsible exegesis here and not make these texts say what they are not saying. I find his exegesis here completely irresponsible.

Punt says that only those who willfully reject the gospel will be lost. (Keep in mind that in a sense we all did this in Adam.) But the author of Hebrews says: How shall we escape if we neglect such a great salvation? Says Kuyvenhoven In Daylight:

The majority of those who are not saved will be lost “simply” because they have not paid attention to the gospel of the Son of God. They have not openly rejected God’s last and loving word, but they have shamefully neglected it. More people perish by disregarding the gospel than by opposing God’s Word.

Punt quotes Billy Graham with approval when he (Graham) says: “There is only one Way, and that Way is Jesus Christ.” But he takes exception to Graham when the latter says, “There is only one path to God through repentance and faith in the atoning death of Jesus Christ.” This restriction limits the gospel, says Punt, I take my stand with Graham. He is right, and I wish Punt would come to see that. It isn’t that Billy Graham limits the gospel; it is that Punt removes the limits that Scripture clearly places with regard to salvation.