Some might consider the subject of ethics pertaining to the Sabbath to be minimally important in contemporary ethics. Accountability for the minister and his flock for this moral commandment is virtually non-existent on a human level. There are almost as many opinions as there are people on this matter, and attitudes vary from theological disagreement (Matt. 12, Rom. 14, Col. 2, Gal. 4) to subtle selfishness (Isaiah 58:13). This article contends that when Scripture is properly exegeted, there are moral Sabbath principles on the Lord’s Day for the Christian. These moral principles are for Christians to gather in fellowship, give offerings, hear the preaching of God’s Word, “do good” and “save life,” commemorate Christ’s resurrection, anticipate the consummation, and therefore requires limiting ordinary travel and work.

Past, Future, and Present Sabbath Significance

Three types of passages from Scripture define what constitutes these moral obligations of the Sabbath, and these three themes may be summarized as the past, future, and present significance of the Sabbath. These themes are best summarized by Genesis 2:1–3, Hebrews 4:1–11, and Luke 24.

First, Genesis 2:1–3 describes the Sabbath day as a holy part of the past creational order from the beginning of the universe. It is said here that “God blessed the seventh day and made it holy.” The Sabbath pattern was established before the fall, and this point is of great importance against those who understand the Sabbath only in light of redemption. The Sabbath has a past, even pre-fall, creation-based, especially “holy” character to it. Here it is observed that God made one day “consecrated” from the other six, with the idea of rest intimately tied into the manner by which it was consecrated, and this is true without any mention of sin or redemption; it is simply the creation order God established for humanity. That God established this day for humanity and not just as some abstract, unconnected revelation of Himself is confirmed by Jesus’ statement that “the Sabbath was made for man” (Mark 2:27).

When the fourth commandment was given in Exodus 20:8–11, the creation order was cited as its basis. No redemptive reason was given. One Puritan said that there is a “special significance in the positioning of the fourth commandment between the first and second tables of the law . . . involving both faith in God and love toward man.” The moral nature of the Sabbath can be seen in that before God established the theocratic covenant with Israel at Sinai, Moses declared that “the lord gave you the Sabbath” (Exodus 16:29). If the Sabbath were brand new, he would have used the present tense. Rather, because the Sabbath was an institution dating back from creation, Moses spoke in the past tense.

The creational order does not guarantee that the Sabbath would always be Saturday. There are several different interpretations of the seven days of creation. What all views hold in common is that they take into account the noticeable absence of the phrase “there was evening and there was morning” for the seventh day (since it is built into all of the previous six days). From man’s perspective, the Sabbath was actually the first full day he experienced, since he was created on the sixth day. Yet from God’s perspective, the Sabbath was the seventh day. Further, there is an important element where Scripture presents God as always existing in eternal rest, yet simultaneously always working, implying that the seventh day was something that God accommodated to humanity. These observations emphasize what is the most important Sabbath principle: the six plus one principle. This is not to say the Sabbath can be exercised freely on any day, but that God did freely change the Sabbath. This change has happened at the resurrection of Christ, and a Sabbatical change will happen once more at its corollary—the consummation.

Second, Hebrews 4:1–11 described the future significance of the Sabbath as eschatological rest. John Murray wrote, “As prospect it is the promise of the inheritance of the saints. . . . Not only does the Sabbath provide a day for human rejuvenation, but for the Christian anticipation of the ultimate rejuvenation in the resurrection.” This “anticipation” was also evident in the seventh day’s missing cycle of “morning and evening,” as it signified an eternal character to that day for humanity. That eternal Sabbath day will provide the final rest from sin and misery that the Christian longs for in this world. This was the heart of Hebrews 4:1–11, illustrated by Joshua giving “rest” to Israel after a long and difficult struggle, paralleling the future end of the Christian’s struggle in this world. Heaven as the antitype of the Sabbath implies that the Sabbath (as type) will not cease until its antitype has arrived at the consummation, “for no type ever ceases till the antitype” comes. According to John Frame’s interpretation of Meredith Kline, this antitype is “the consummation of the heavenly kingdom, anticipated by Israel’s conquest of the Promised Land.” While Christ was the antitype of the ceremonial aspects of the various holy days, Hebrews 4:10–11 explains that heaven (fully realized in its consummation) will be the antitype of the creational aspect of the Sabbath: “for those who enter God’s rest also cease from their labors as God did from his. Let us therefore make every effort to enter that rest.”

There are also prophetic passages that indicate a future for the Sabbath day. One example is Isaiah 56:1–8: “Soon my salvation will come, and my deliverance be revealed.” The universal scope of salvation climaxed with “my house shall be called a house of prayer for all peoples” (v. 7). Yet throughout the whole of Isaiah 56:1–7 the central condition for becoming the people of God was observing God’s Sabbath (vv. 2, 4, 6). A second prophetic example comes from Jesus during the Olivet Discourse. Jesus warns and commands the disciples to “pray that your flight will not be in the winter or on a Sabbath” (v 20). The implication is that Sabbaths are not to be traveled on and will continue even after Christ departs.

Therefore, for the Christian, the Sabbath is Sunday and is a holy day because it is the day that the Lord appointed (Rev. 1:10) for Christians to gather in fellowship (Heb. 10:25), give offerings (1 Cor. 16:2), hear the preaching of God’s Word (Acts 20:7), “do good” and “save life” (Mark 3:4), commemorate Christ’s resurrection, and anticipate the consummation. And so that we can have such a focus on that day, we must limit ordinary travel (Matt. 24:20) and work. This list of principles for the Sabbath reveals why R. L. Dabney said that the Christian Sabbath is “a means of grace and sign of heaven” as well as a sign “of our Christian separation from the world and engagement to be the Lord’s.” These principles are normally bound upon every Christian. 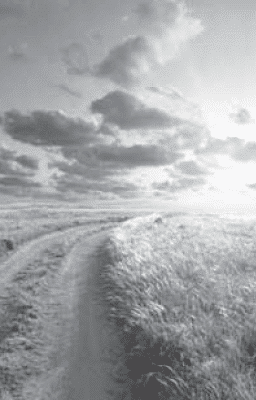 Paul did not design the first group to be understood as speaking at all of the Lord’s Day—he meant only the Jewish holy days. The word ‘Sabbath’ is never applied by a New Testament writer or by one of the writers of the primitive church to the Lord’s day or Christian Sabbath—never once. What Paul meant by “Sabbath” was every Jewish holy day. The word “Sabbath” was a common name for all Jewish festivals, including the sabbatical year, new moons, Passovers, and holy days. These holy days pointed forward to Jesus, but the sign underwent redemptive-historical development upon the resurrection of Jesus (Col. 2:17), pointing back to the resurrection and forward to the consummation.

For the second category of passages, there are at least three common options as to why Jesus criticized the Sabbath theology of the Pharisees in Matt 12. The first possibility is that Jesus criticized the Pharisees on the basis that the holy, theocratic nation of Israel had come to an end, resulting in the retraction of the Saturday Sabbath for the people of God. Yet this is impossible, since Jesus was “born under law” (Gal. 4:4) meaning the whole Old Testament law. Jesus viewed Himself as being a member of theocratic Israel.

The second option is that the Pharisee misunderstood what the ethical obligations of the Sabbath were in the Mosaic era. Yet, to their credit, the Pharisees represented a tradition that did attempt to, at least sometimes, derive their judgments from the Scripture in their possession.

The third option is that the Pharisees were correct at this point in their exegesis, but that Jesus and his disciples had a special excuse to be free from this law. This is the correct solution—both David and Jesus were on spiritual missions that allowed them a greater freedom when it came to this law, such as when priests (and pastors today) may work on the Sabbath, and that is why Jesus Himself made those comparisons here. The Pharisees in Mark 2 were exegeting Scripture accurately. In Exodus 16, instructions for the Sabbath day contained an imperative against gathering food outside on the Sabbath day. When the exiles returned home and were “treading wine presses” (Neh. 13:15) on the Sabbath they were harshly condemned by Nehemiah. Therefore, if the Pharisees concluded that rubbing grain was reaping grain, a Pharisee making that application to obey the Sabbath appears more accurate than legalistic. Hence Jesus did not debate the current epoch of the law (option 1), nor did Jesus debate the contents of the law (option 2), but that they were excused from this law.

The question remains if these specific prohibitions of not gathering food and not traveling continue for the Christian today on the Sunday Sabbath. A few redemptive and ethical passages directly answer this challenge. In Exodus 16, Israel had recently been delivered from Egypt, yet Israel had not yet made a covenant with God at Sinai. Here, the Israelites were told not to gather food (v 26) and not to travel (v 29). Because Exodus 16 took place before Sinai, it was really the concept of redemption (and not theocracy) that grounded these principles.

The creation mandate and the redemptive aspect may be seen unified together under the more basic category of acknowledging Jehovah as Creator-Sustainer and to affirm that life continues under His providence. Since Exodus 16 took place under this general category of respect for the Sabbath as creation and redemptive ordinance, the same principles (of generally no traveling and not gathering food) were not repealed when a greater redemptive historical development took place. Thus ordinary travel and work should be limited on the Sunday Sabbath so that the Christian may spend time faithfully devoted to these spiritual themes.

Thus there are moral principles for the Sabbath for Christians, such as to gather in fellowship, give offerings, hear the preaching of God’s Word, “do good” and “save life,” commemorate Christ’s resurrection, and anticipate the consummation. Therefore there is also a need to limit ordinary travel and work. There has never been, nor will there be, a perfect keeper of the Sabbath in this world except for Christ. There should never be an attempt to “hedge in the law” to guarantee obedience, because the main problem with human obedience is the quality of the heart. Rather, may these principles help direct the Christian to keep focus on Him who is our past Creator, our future Sustainer, our current Redeemer, and the One who has kept the whole law perfectly for us, that we might be free from condemnation for (despite our best efforts) being Sabbath breakers.

Rev. Bryan Miller is the pastor of Spout Springs PCA in Ripley, MS.