ANABAPTISTS. A sect which arose in Germany at the time of the Reformation, which practiced the re-baptism of persons who had been baptized as infants. The more extreme type claimed to have founded a new and perfect church, to have the power to work miracles, that human government and magistrates are unnecessary among Christians, and even that polygamy is legitimate.

ANALOGY OF SCRIPTURE. The teaching of the Bible as a whole, all any subject, considered as a key to the interpretation of a particular portion of Scripture.

AMILLENNIALlSM. That view of the Last Things which holds that the Bible does not predict a “Millennium” or period of world-wide. peace and righteousness on this earth before the end of the world. (Amillennialism teaches that there will be a parallel and contemporaneous development of good and evil God’s Kingdom and Satan’s kingdom—in the world, which will continue until the second coming of Christ. At the second coming of Christ the resurrection and judgment will take place, followed by the eternal order of things—the absolute, perfect Kingdom of God, in which there will be no sin, suffering nor death).

ARMINIANISM. The doctrinal system derived from the teachings of the Dutch theologian Jacobus Arminius, which regards the sovereignty of God as limited by the free will of man, and which conceives of the work of salvation as divided between God and man, with the decisive factor in the hands of man.

CALVINISM. Consistent Biblical Christianity, called “Calvinism” because it received its classic doctrinal formulation in the writings of the Reformer John Calvin. Calvinism is that system of Christian doctrine which recognizes the absolute, unlimited sovereignty of God, and man’s complete dependence on God for every factor of his lire, faith and salvation.

CANON OF SCRIPTURE. The list of the books which are recognized as Holy Scripture.

DISPENSATIONALISM. The false system of Bible interpretation represented by the writings of J.N. Darby and the Scofield Reference Bible, which divides the history of mankind into seven distinct periods or “dispensations”, and affirms that in each period God deals with the human race on the basis of some one specific principle. (Dispensationalism denies the spiritual identity of Israel and the Church, and tends to set “grace” and “law” against each other as mutually exclusive principles.)

ESCHATOLOGY. The doctrine of the Last Things. (From the Greek word “eschatos”, meaning “last”. Eschatology includes the state of man after death, the second coming of Christ and related matters, the resurrection, the judgment, heaven, hell and eternity).

EXEGESIS. Drawing out the meaning of a text or portion of Scripture by a painstaking, accurate study of its words, context and historical setting.

FAITH. The dependence of a person on the truthfulness and reliability of another person.

FALL OF MAN. The lapse of the human race from its original state of moral perfection to a state of sin and misery, which took place by the sin of our first parents, Adam and Eve, in eating the forbidden fruit.

FAITH IN JESUS CHRIST. “Faith in Jesus Christ is a saving grace, whereby we receive and rest upon him alone for salvation, as he is offered to us in the gospel.” (Westminster Shorter Catechism 86)

FATE. The heathen notion that all events are determined by a blind, impersonal, irresistible force which operates regardless of the free agency of men. This is very different from the Calvinistic doctrine of foreordination, which teaches that the infinitely wise, loving, righteous, personal God has determined all that comes to pass, including the motives, decisions. and acts of all free agents such as angels and men.

ILLUMINATION. An activity of God the Holy Spirit in the mind of a human being, by which the latter is enabled to understand the true meaning or the Scriptures.

INERRANCY OF SCRIPTURES. The doctrine that the Bible is free from errors.

INFALLIBILITY OF SCRIPTURE. The doctrine that it is impossible for the Bible to contain any errors.

INSPIRATION. An activity of God the Holy Spirit by which the writers of the books of the Bible were so influenced that the product of their writing is truly the Word of God.

NATURAL REVELATION. God’s communication of truth to men through the world of nature, including the human heart and conscience. Also called General Revelation.

OBJECT OF FAITH. That on which faith terminates or rests. All faith has an object, and this object is, ultimately, a person. The immediate object of faith may be a proposition or a doctrine (Heb. 11:3), but the ultimate object of faith is the person on whose testimony we believe the proposition or doctrine. Thus faith in the Bible is ultimately faith in God whose revelation the Bible is.

POSTMILLENNIALISM. That view of the Last Things which holds that the second coming of Christ will take place at the close of a long period of worldwide peace and righteousness called “the Millennium” or “the Kingdom of God”. (Orthodox Postmillennialism accepts the supernatural Christianity of the Scriptures, and holds that the MiIlennium will be brought about by the work of the Holy Spirit in the salvation of men, especially through evangelism, missionary work and the application of Christian principles to society.)

PREMILLENNIALISM. That view of the Last Things which holds that the second coming of Christ will be followed by a period of world-wide peace and righteousness, before the end of the world, called “the Millennium” or “the Kingdom of God”, during which Christ will reign as King in person on this earth. (Premillennialists are divided into various groups by their different views of the order of events associated with the second com ing of Christ, but they all agree in holding that there will be a Millennium on earth AFTER the second coming of Christ but BEFORE the end of the world).

PSEUDO-POSTMILLENNIALlSM. An optimistic belief in human betterment and progress which serves Modernists and Liberals as a substitute for belief in the Bible prophecies concerning the Last Things. Pseudo-Postmillennialism believes that the Kingdom of God will be achieved gradually through a NATURAL process by which social institutions will be reformed and “Christianized”. This differs from orthodox Postmillennialism in that It regards the coming of the Kingdom of God as the product of the operation of natural laws in an evolutionary process, whereas orthodox Postmillennialisrn regards the coming of the Kingdom of God os the product of the SUPERNATURAL working of the Holy Spirit in connection with the preaching of the Gospel.

REVELATION. An activity of God by which he communicates truth to men.

TEXTUAL CRITICISM. That science which, by it methodical comparison of manuscripts, seeks to eliminate errors which have occurred in the process of copying, and thus to determine the genuine text of the Hebrew and Greek Scriptures.

VERBAL INSPIRATION. The doctrine that the actual written words or the Bible, in the genuine text of the original Hebrew and Greek, are themselves all truly the Word of God. Also called Plenary (Full) Inspiration.

*Reprinted from Blue Banner Faith and Life by permission. 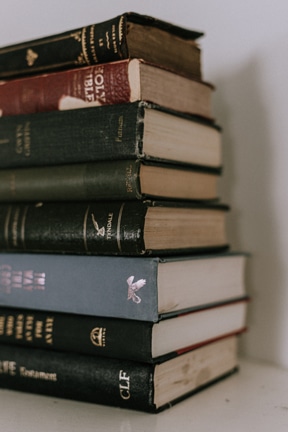 Rev. Johannes G. Vos is pastor of the Covenanter (Reformed Presbyterian) Church, Clay Center, Kansas, from where he sends forth a most powerful witness to the system of truth called Calvinism. He is editor and publisher of an excellent Reformed quarterly entitled Blue Banner of Faith and Life, and has written a number of books, pamphlets, and tracts. We of Reformed Fellowship, Inc., are very proud to count Rev. Mr. Vos as a friend, and are sincerely grateful for all the assistance he has so generously given us in the trying task of getting organized as Torch and Trumpet publishers.