NOTE: This article by Professor Woudstra Is the first of three requested by the editors. These three articles by recognized Old Testament scholars from Calvin Seminary and Westminster Seminary deal with different aspects of what the editors regard as a very unsatisfactory treatment of a most important subject appearing in the Reformed Journal of February 1961.

The study of the Old Testament has long been a battleground of conflicting opinions. It will be the purpose of the present article to set forth briefly the position of those who adhere to the tenets of Reformed orthodoxy with respect to the some of the basic issues of Old Testament study today.

In the light of the above quotation, certain statements made by Dr. H. Boer in a recent article in the Reformed Journal of February, entitled “Reformed Scholarship and Infallibility,” dearly appear to be out of accord with actual fact. Dr. Boer makes it appear as if the Christian Reformed community has been unduly isolated in matters pertaining to the study of the Bible and that it is getting time that we, i.e. the Christian Reformed community, consider “what we have been living with.” It is Dr. Boer’s contention that the broader Reformed community of which we are a part has not practised this same isolation but rather has not hesitated to embrace positions which differ only in degree but not in substance from that of the higher criticism of the Old Testament. Dr. Boer is of the opinion that Reformed Old Testament scholarship as exemplified in men like G. Ch. Aalders, A. Noordtzij, and N. H. Ridderbos virtually endorses higher critical positions and methods and that therefore we, who condemn higher criticism in its historical sense, will find ourselves at a “far remove in the theological community.”

Dr. Boer’s construction of the evidence is clearly out of accord with the views of at least one of those whom he quotes in support of his contention. Dr. Boer contends that unless we follow the example of Reformed scholarship in the Netherlands we shall find ourselves at a far remove in the theological community. Yet it is precisely one of the contemporary Reformed scholars in the Netherlands who points out that the Reformed position today entails an increasing isolation from non-Reformed positions.

A second trend in Reformed Old Testament scholarship today is that, in the face of modern denials of supernatural revelation and infallible inspiration, it is beginning to be more precise in its refutation of erroneous positions. Around 1940 it was possible for Prof. A. Noordtzij, emeritus professor of the State University at Utrecht and previously also connected with the Seminary at Kampen, to endorse positions which were strictly in conflict with the doctrine of infallible inspiration. This trend has now been reversed. Prof. Noordtzij assigned certain parts of the book of Leviticus, which are introduced with the fonnula “the Lord said to Moses,” to a time considerably later than Moses. But today’s Old Testament scholarship at the Free University, as represented by Prof. W. H. Gispen, docs not tolerate such concessions to higher criticism. In his large and scholarly commentary on Leviticus Prof. Gispeo clearly indicates that Prof. Noordtzij’s position on this point is unacceptable. Discussing the view of the Roman Catholic Heinisch, who holds a position identical to that of Noordtzij, Prof. Gispen remarks: “Neither can the view of Heinisch with respect to the introductory formulas in which it says that Yahweh spoke to Moses be our view. For in those introductory formulas we deal with the communication of an historical fact” (p. 11). Prof. Gispen also undertakes to prove in his commentary “that there is nothing in those particular laws which cannot have been given in the time of Moses.” 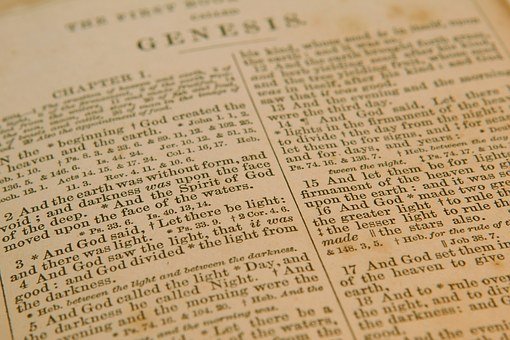 Dr. Boer, in his just mentioned article, makes ample use of Noordtzij’s unwarranted concessions to higher criticism while failing to indicate that subsequent developments have reversed that trend. Would Dr. Boer wish us to admonish this Free University professor and ask him to “take a good hard look at what has been going on in our own theological community”? In passing it should be noted that Prof. Noordtzij did not teach at the Free University, as Dr. Boer informs us. Noordlzij began his career at Kampen Seminary and later on transferred to the State University of Utrecht.

It may be true that the theolOgical community in the Netherlands has at times been able to digest divergent opinions with a greater degree of ease than is sometimes the case among ourselves. But Dr. Boer clearly overdraws this contrast in his article. On the one hand it should not be overlooked that the Reformed community in the Netherlands faithfully upheld the historicity of the account of the fall when this was challenged around 1926. This decision still stands as the official position of the Gereformeerde Kerken in the Netherlands. Even Prof. N. H. Ridderbos. whose views on Genesis 1 are quoted by Dr. Boer in support of his contention, makes it clear that he is not prepared to extend his framework theory to Genesis 3 (Cf. “Beschouwingen Over Genesis 1,” Gelool en Wetenschap, Vol. 53, 1955, p. 230). We should be very careful not to makeNetherlands Reformed scholarship say things it c1early does not want to say. Yet this happens all too often among us. As further proof of the fact that the Reformed community in the Netherlands is sometimes anything but calm and inclusivistic we may cite also the tensions around the covenant controversy which resulted in many depositions from office.

One found springboard in Wordsworth’s Bliss was it in that dawn to be alive, But to be young was very heaven.

The third sermon I sampled began with Matthew 22:39, quickly moved away from it, and never returned.

Second Church has a “Bible-centered ministry,” that is, there is Scripture reading, Scriptural references in the pastor’s prayer, sermons in which the Bible frequent1y is quoted, and sermon topics directly related to the Bible and to cardinal Gospel themes. The morning we attended, the pastor gave the third in a series on the Holy Spirit. Moreover, the bulletin informed us that a two-week Bible Conference was soon to commence. In Second Church we had the unmistakable feeling that we were worshipping with people who heartily believe that the Bible is the infallible Word of God.

Both were disappointing for several reasons, but I shall mention and discuss only one. In bot1} places the pulpit gave us an optimistic view of sinful human nature. First Church, as I said before, had a guest minister that morning. He is a pastor in a denomination that is Reformed, but was introduced as “a life-long Methodist.” His message had to do with “self-adjustment.” He urged us “to cuddle close to Jesus”…“to lay hold on the Divine power that is within every man’s reach.” Between a couple of humorous anecdotes he told us “to get on the ball for Christ.” Three times he said that we have what it takes if we will only trust. He even quoted a former President of the United States who is remembered for having said, “The only thing to fear is fear.”

The speaker at Second Church also had an optimistic view of human nature, but he stated it differently and mare inconsistently. After telling us how foul and helpless we are by nature—he paused to announce that in four weeks he would preach a sermon on the moral chaos in America—he proceeded to the invitation part of his message in which he said, “Think of it, O sinner! God promises that if you will open the door of your heart to his patient, pleading Son, he will by his Holy Spirit come into your heart and make you alive, and will bless you with regeneration!” Sic! A sinner dead through trespasses and sins is given to understand that if with his lifeless hand he will open the door that seals him in his depravity, the Holy Spirit will come in to make him alive. To a wonder performed by a dead man will be added a wonder performed by God! Death must move first. Then God takes over. Only after death has wrought its wonder can life work the second marvel, First the sinner, then God! Who will deny that such a presentation of the matter is pretty complimentary to human nature?

Which of these two pastors is doing the greater harm? That is a good question for discussion. Sometimes, while reflecting on this, I find myself prepared to say that the second is the greater offender. Certainly, he is more inconsistent. Modernism is bad. Let’s not minimize its menace. Neither let us minimize the con.fusion, to say nothing of the effrontery, created in a pulpit that professes to honor God’s Word in a sermon that puts Christ outside Lazarus’ tomb waiting for Lazarus to move before commanding him to come forth. The command of King Jesus is contingent on the love of Lord sinner.

Fortunate for us the day ended on a better theme. In the evening we took a much longer walk and worshipped in another church where we heard an unforgettable sermon on Ephesians 5:22–33. It was an expository sermon with no misconceptions about the capacity of sinful human nature, and with no theological confusion. Walking back to the hotel under a beautiful star-lit sky, we gave thanks to God for preachers who still believe that God is God, and who say so!